Gulf carrier growth in Australia/NZ. Part 1: 2017 to be the largest ever capacity increase 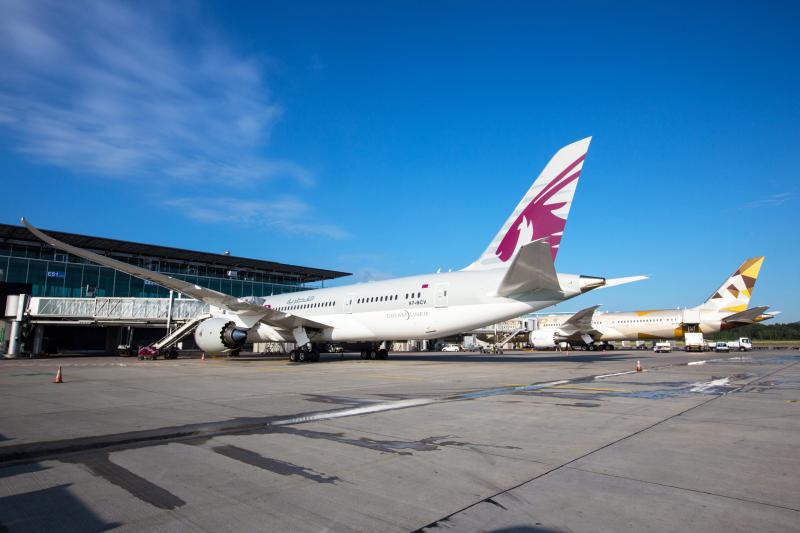 As Qatar Airways prepares to launch direct services from Doha to Auckland, in competition with Emirates' existing Dubai – Auckland service, the Blue Swan Daily looks at the rise and rise of Gulf carriers in the Australia / NZ region.

The Gulf carriers first appeared in Australia back in the 1980s when Gulf Air commenced scheduled services to Australia, offering an alternative to the European and Asian carriers competing with Qantas for customers to Europe. Gulf Air was eventually forced to withdraw from Australia as its constituent national members, the UAE, Qatar and Oman withdrew and started their own airlines. The UAE’s Emirates and, more recently, Etihad and Qatar entered the region offering market leading onboard products and increasingly extensive network connectivity. That growth has continued exponentially making the ‘ME3’ or Gulf superconnectors, as Emirates, Etihad and Qatar Airways are known, a dominant force in this region.

Even five years ago, the Gulf carriers were already a powerful force in Australia and New Zealand, reshaping markets, lowering fares and ultimately prompting Qantas to partner with Emirates. Yet since then Gulf airlines have grown even stronger: between 2012 and 2017, Gulf airlines have doubled in size in Australia and New Zealand, growing from 1.8 million seats to the region in 2012 to 3.6 million in 2017.

In 2008, the Gulf carriers offered just under 1.0 million seats to the region. By 2020 they could cross the 4.0 million mark, meaning they would have quadrupled in 12 years. To put this in perspective, by 2020 Gulf airlines will have created the presence equivalent to two Singapore Airlines in Australia and New Zealand.

So far the three airlines plan to add 400,000 seats in 2017, making the year the third largest for net additional growth. However, this figure will surely rise – 2017 could be the largest increase on record. This will depend on several factors, including whether Qatar Airways confirms plans to operate Canberra services. Launching such a service in the early part of the second half of 2017 would see the growth of the Gulf carriers in Australia and New Zealand in 2017 exceed their expansion of 2013, the second highest year.

For Etihad, Australia, along with Western Europe, are the only regions where the airline will grow in 2017. Etihad is contracting in other markets as it seeks to absorb fast-paced growth and improve its financial position - including possible rationalisation of its European investments, particularly the loss making airberlin. Australia will likely continue to feature prominently as Etihad takes over Virgin's Sydney-Abu Dhabi services while Virgin enters the Perth-Abu Dhabi market.

In Part 2, we look at Qatar Airways as the engine of growth in the region and the reaction of competitors, such as Emirates and Etihad, to this newish kid on the block trying to make its mark.