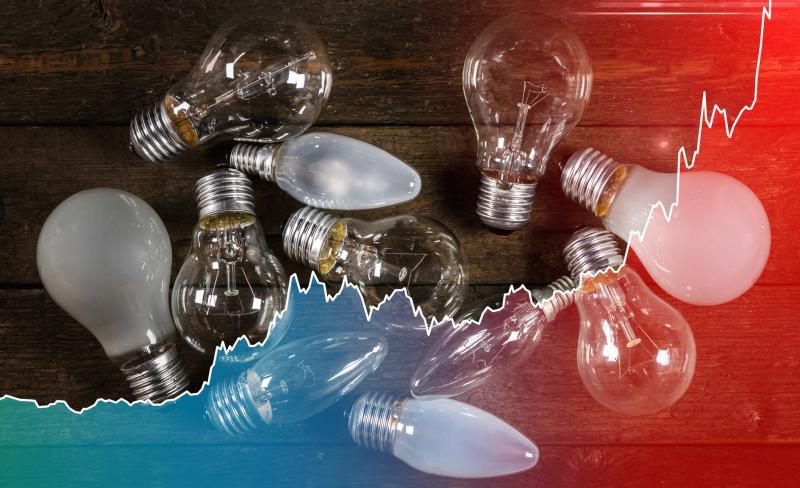 Fluctuating energy prices can be a constant issue for businesses across the travel industry, but while a rising trend in pricing can actually be better managed, it can have severe implications. As COVID fears now recede, energy costs are taking over as a major concern for airlines, logistics specialists and tour operators.

For leisure travel it is believed generally that higher energy prices make recreation and tourism trips more expensive, leading to reduced trip demand. For business travel the addition of fuel surcharges will ultimately increase the costs of travel at a time that corporate travel’s recovery is still in its infancy.

As is always the case, the concern is clouded by uncertainty. It is clear prices could increase much further if geopolitical tensions keep oil prices high – some analysts suggest a 50% rise could be a likely outcome. The price of Brent crude oil has approached record levels during the Ukraine crisis, while gas has far exceeded the all-time high reached only last year, in Europe and the UK.

For the hotel industry though, the rising fuel prices are likely to have a limited impact, according to insights into the US market from STR, which specialises in premium data benchmarking, analytics and marketplace insights for the global hospitality industry.

While the cost for leisure and business travel will likely increase further, using data from the US Energy Information Administration, STR shows that when fuel prices are overlayed with its own historical data back to 1990 it shows the correlation between real gas prices and room demand (seasonally adjusted) to be only a moderate .54. 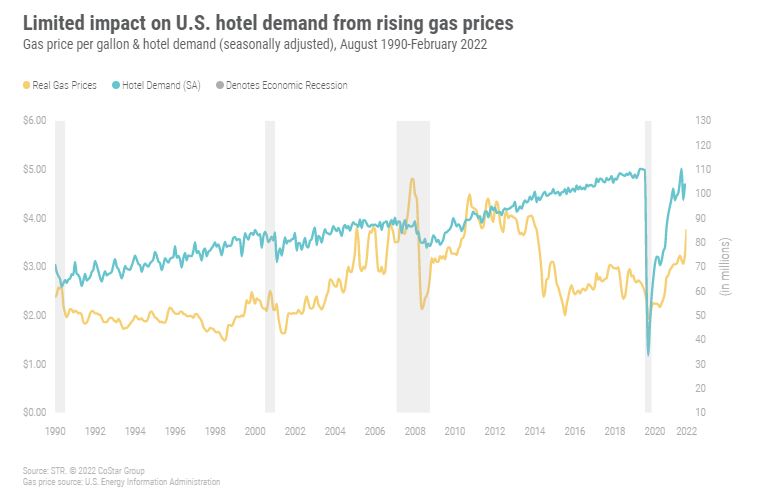 This means, it says, that very little of the demand change can be explained by changes in gas prices as a strong correlation would be considered 0.7 and above.

Further, the correlation between real gas prices and real revenue per available room (seasonally adjusted) is just 0.16, suggesting little to no impact on overall top-line performance. In this example of the US, historically, gas prices have peaked when lodging demand was strongest (i.e. the summer), according to STR.

Cost impacts are real, but not currently large enough to deter hotel accommodation

The findings of this research shows that the effects of rising fuel prices on American wallets “are real,” says STR, but based on historical comparisons, the impact from rising gas prices has not been large enough to deter travellers from making trips that require hotel accommodations. It is more likely, it says, that travellers have made different purchasing choices through the level of lodging they select or in other travel expenses, such as meals and entertainment.

Airlines will likely increase fares as fuel costs increase. Some are already introducing fuels surcharges for all bookings. As business travel recovers, those higher airfares will probably be attributed to “the cost of doing business,” says STR and will “not impact corporate transient and group demand”.

Amid increased COVID-19 cases and a slow return to the office, Sydney’s hotel industry reported a marginal occupancy increase in Feb-2022 when compared to the first month of the year, but with lower rates, according to preliminary data from industry benchmarking specialist STR.

In Saudi Arabia, Riyadh’s hotel industry reported steady performance levels compared with recent months, according to STR’s preliminary Feb-2022 data. Occupancy for the month was 72.2%, the third February since 2015 that the market has secured an occupancy level above 70%. Additionally, the RevPAR (SAR471.01) level was the market’s second highest of the pandemic-era, behind Dec-2021 (SAR472.07). ADR was SAR652.09.