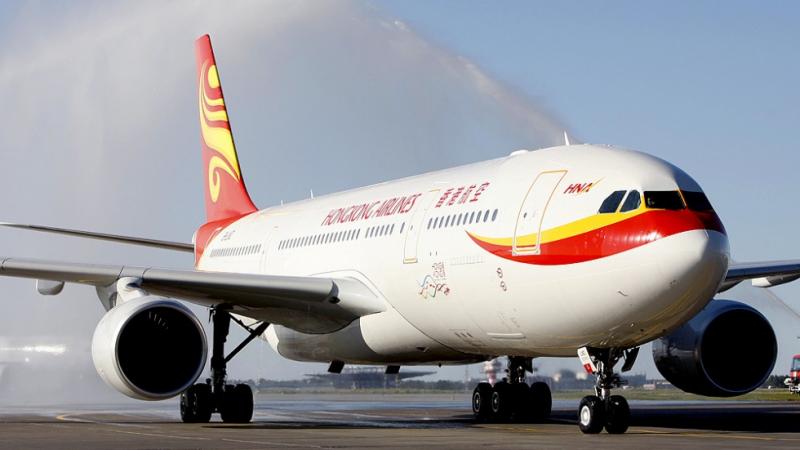 Asian carrier Hong Kong Airlines is expected to introduce flights into Europe and in particular resume services between Hong Kong and London as it takes delivery of its new Airbus A350-900s. The carrier, part of the HNA Group, has already confirmed Hong Kong – Los Angeles as the debut market for the type, but is understood to be very close to making a decision on London services, in an arrangement that could see it partner with Virgin Atlantic on the city pair.

Hong Kong Airlines has at least 17 A350-900s on order and is due to receive its first aircraft in August 2017, but it will not be deployed on scheduled long-haul flights until the final quarter of next year after an initial period of familiarisation on regional routes. Their arrival has accelerated by HNA Group reallocating equipment previously destined for Brazil’s Azul Airlines to the Asian operator.

In the last couple of hours the airline has uploaded schedules for a proposed daily Hong Kong – Los Angeles service starting from December 15, 2017 using the A350-900. This will be its first flight to the US mainland and will place it in direct competition with American Airlines and Cathay Pacific Airways. Although further A350-900 deployment has not yet been released, a CAPA report suggests that London is highly likely to be among the initial markets to be served by the new airliner.

Hong Kong Airlines previously operated flights between Hong Kong and London between March and September 2012 serving Gatwick Airport. These were flown using an A330 configured in an all-Business Class arrangement, a product that failed to deliver the necessary yield to maintain the route despite the city pair ranking as the most premium Europe-Asia connection and with strong origin and destination local traffic flows.

The A350s will be configured in a more conventional layout with 33 Business Class and 301 Economy seats, according to the carrier’s GDS inventory. Alongside Los Angeles and London it is highly likely that the A350 will replace the A330 on its existing Hong Kong – Auckland link and its new Hong Kong – Vancouver service.

In the past couple of days Hong Kong Airlines added the Canadian city to its long-haul network with growth into North America representing a significant step forward in the airline’s international strategy. The main focus of its foreign services has been into markets across China and Japan with Australia and New Zealand its only current long-haul destinations. The selection of Vancouver represented a low-risk strategy given it is an estimated market size of almost 480 PPDEW (passengers per-day each-way).

The Vancouver flight marks the first time in almost ten years that Air Canada and Cathay Pacific Airways have faced competition on this route - the now-defunct Oasis Hong Kong offered flights between June 2007 and April 2008. It will be a similar competitive situation in the London market, where Cathay Pacific, British Airways and Virgin Atlantic collectively provide up to nine flights per day. Oasis Hong Kong had also served this market during its short lifespan.

Hong Kong Airlines will be a much stronger competitor than its predecessor in these intercontinental markets, especially with the huge backing of HNA Group. The carrier started operations in 2002 under the name CR Airlines and was purchased by China’s Hainan Airlines in 2006. It currently operates 34 aircraft which includes nine Airbus 330-300 and nine Airbus 330-200 passenger widebodies, according to CAPA fleet data.

Capitalising on Hong Kong’s prime location along the maritime Silk Road and tapping the momentum of China’s ‘One Belt, One Road’ initiative, Hong Kong Airlines will likely continue to expand into new markets backed by its growing widebody fleet. This will see new destinations such as major cities in Europe and North America, but also new routes into launch to untapped markets. These initiatives are set to meet the needs of China outbound passengers, particularly in the Pearl River Delta region.

This year air capacity between Hong Kong and London will grow for a second successive summer season with a year-on-year growth of 7.7% exceeding the 4.8% rate seen in summer 2016. However, levels are still significantly down on those seen in the 2007 – 2012 period when the likes of Air New Zealand and Qantas were also routing European flights through Hong Kong.