Hotel supply increases – but not necessarily in the right places 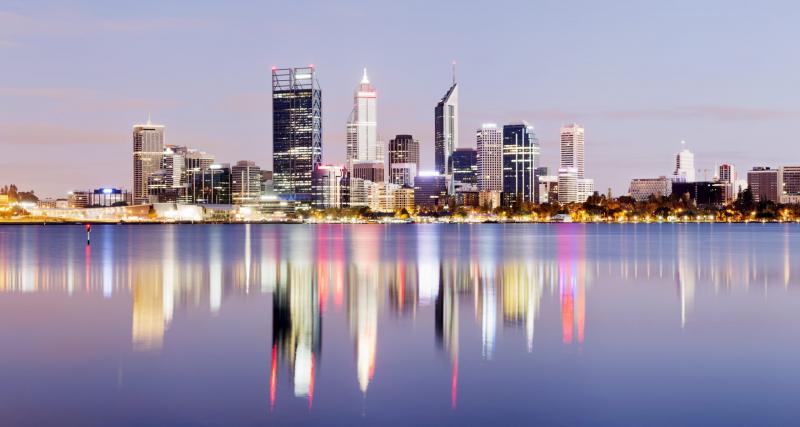 Accommodation costs are fast becoming the largest component in corporate travel spend as rates continue to rise, while air fares, the other major component, remain low. Hotel rates reflect more demand than supply in major markets but new properties may begin to start addressing some of the shortfall.

Corporates are affected by the overall tourism environment, with business travellers competing with leisure travellers for hotel rooms. The demand is intensifying, due to an 11% increase in international visitors over the course of 2016, while the softening of the domestic leisure market, which peaked in 2016, has taken some of the pressure off hotel demand.

Significant differences between the major markets

Looking ahead, Deloitte predicts that room rates are expected to grow at an average of 2.5% p.a. for the next three years to AUD170 per night, chasing the 10-year historical average growth rate of 2.6%.

However, there will be significant differences between the major markets. Some, such as Hobart, Melbourne and, to some extent, Adelaide, have enjoyed degrees of buoyant performance recently, and have now established a considerable pipeline of hotel developments, which will alter the demand/supply dynamics over the medium term.

Travellers to Perth and Brisbane will continue to benefit from increased competition from new entrants and relatively moderate demand growth, indicating softer pricing ahead. Gold Coast hotel markets are expected to continue to enjoy renewed international and domestic interest in the leisure tourism offering. The 2018 Commonwealth Games on the Gold Coast will further generate demand and showcase the destination to would-be visitors further afield.

Deloitte expects that Darwin will begin to stabilise in terms of market performance, after mining resources projects moving into operation phase have served to reduce FIFO-related hotel demand.

The analysts had tipped rising occupancies in Tropical North Queensland, but that prediction was made before Cyclone Debbie decimated some of the resorts and leisure attractions.

Occupancies in Sydney are tipped to remain at 89% by the end of 2019, accompanied by modest rate rises, while the Canberra market will also experience rate rises.

Significant numbers of rooms are coming onto the market

Hotel occupancy and rates are a function of supply and demand. Unlike airlines, which can redeploy craft from routes less in demand to more popular ones, hotel inventory is fixed and takes some time to develop.

According to Tourism Accommodation Australia (TAA), the Australian hotel industry will invest over AUD8 billion in extra rooms in the next five years. That comes in the wake of around 4,900 new rooms added in 2016. TAA has identified 228 hotel projects (34,702 rooms) under construction, approved for development or in advanced planning stages in the six state capitals and Darwin.

According to Deloitte, 15,800 additional rooms will be added by December 2019. While these will take some of the upward pressure off room rates, Deloitte also notes significant growth in non-traditional accommodation stock hitting the market. Its latest analysis reveals 8.7% growth in “rented houses, apartments and other private accommodation”, which captures private rental properties advertised through sharing platforms.

While there is anecdotal evidence that a few corporates are permitting travellers to use “sharing economy” accommodation options, there are no clear indications of widespread business travel use of these rental properties. In fact, Deloitte notes an 11.5% increase in holidaymakers’ use of this style of accommodation, suggesting that usage is largely limited to the leisure segment, despite partnerships such as that between Qantas and Airbnb, which allow guests to earn frequent flyer points during Airbnb stays.

...there is no doubt that business travellers benefit from the expanded supply pool and the improved standards of hotel rooms – without having to pay more for better quality accommodation.

But while corporates may not be using the new accommodation options, it is clear that the additional inventory is helping to meet the overall demand and therefore helping keep a lid on rate rises among mainstream properties.

The other challenge for both hoteliers and corporate buyers is that the new properties coming on line were planned some years ago, when markets like Perth and Brisbane were experiencing strong demand due to the resources boom. Indeed, Deloitte notes that the pipeline of new hotels for these cities is now coming on line, with these markets adding six and five new properties, respectively, over the last calendar year. Demand has not been able to keep pace with this additional supply, with occupancy levels and, therefore, room rates falling.

While there may be a short-term imbalance, industry leaders are confident that the current development boom will revolutionise Australia’s hotel industry over the next five years. Not only are new properties coming on line, but there is also extensive renovation and rejuvenation of existing hotel stock. And while most of the development is aimed at capturing the growing leisure market, there is no doubt that business travellers benefit from the expanded supply pool and the improved standards of hotel rooms – without having to pay more for better quality accommodation.