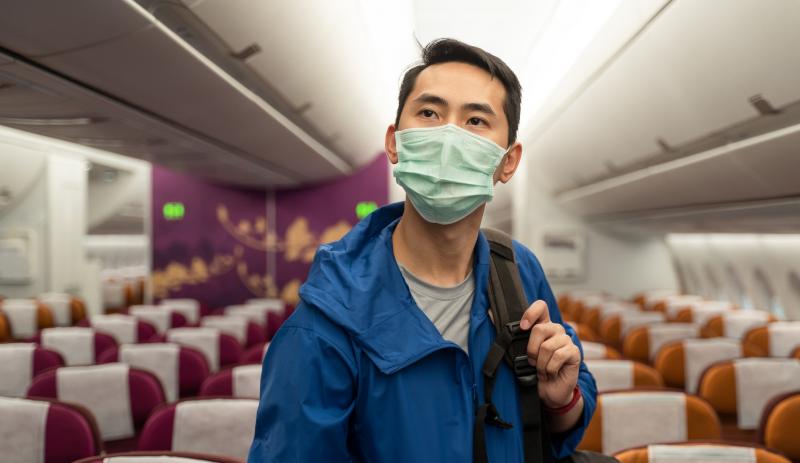 The COVID-19 crisis has certainly been exemplified by media activity, even if coverage has not intentionally been produced to mislead. The problem is we are at an unprecedented time when our appetite for information is at its strongest. That has meant we have often read somewhat contradictory stories alongside one another in newspapers, within magazine features and certainly online.

Over the past 12 months there have been so many unknowns as we have learnt about the coronavirus, the COVID-19 infection, how it spreads, how we can limit its spread, and more recently how vaccinations will start to allow us to return to some normality. The return to normal – whatever that is – may never occur as we adapt and evolve new better ways of workings, travelling, even going about our daily lives.

One area that was a perfect example of misinformation was the blocking of middle seat on aircraft. Now, we all enjoy a little extra space when travelling and want to avoid the elbow battle for the armrest, but airlines are businesses. Not selling those seats reduces capacity by up to a third, although average loads would normally mean some of those seats would already be vacant on the average flight.

Many airlines came out strongly with promises that middle seats will remain empty. Many of the US majors favoured this approach, while some government regulators across the world continue to restrict the sale of such seats. This ultimately has been a measure to reassure travellers to return to the air, but has made some question the risks of flying again.

Obviously keeping one or two metres apart and obeying social distancing in the constrained space of an aircraft cabin is realistically impossible, but sitting next to a fellow passenger – even if they were infected with a virus – does not mean you will get infected, even if you feel run down after every flight (this is more to do with the travel impacting or physical and mental comprehension than anything more sinister).

IATA has strongly championed the airlines case on the low risk of COVID-19 transmission onboard commercial aircraft, while OEMs like Airbus and Boeing have educated us all to how airflow helps to maintain clear air in the cabin and how High Efficiency Particulate Air (HEPA) filters help deliver this low risk environment in the aircraft cabin by controlling, filtering and delivering fresh air.

Now, new research from University of Illinois Urbana-Champaign and Southern Illinois University Edwardsville, published via INFORMS – a leading international association for operations research and analytics professionals – in its Service Science journal has found that seating assignments on aircraft can limit the risk of COVID-19 transmission.

The study, ‘Airplane Seating Assignment Problem’, was conducted by Sheldon Jacobson, John Pavlik and Ian Ludden, all from the University of Illinois Urbana-Champaign, alongside Edward Sewell from Southern Illinois University Edwardsville. The authors say the models they have developed based on influenza data would lower the transmission risk of COVID-19 more so than the strategy of blocking the middle seats, given the same number of passengers.

“Blocking the middle seat on an airplane may provide limited benefit in reducing the risk of transmission of COVID-19. Rather, other health protocols are better supported at preventing the transmission of the virus,” says Mr Jacobson, founder professor of computer science at the University of Illinois Urbana-Champaign.

The researchers introduce two variations of a seating assignment model to optimise how each aircraft should seat passengers depending on the aircraft's size and how seats are distributed on the aircraft. The two models, called vertex packing risk minimisation (VPR) and risk-constrained vertex packing (RCV). Ultimately, the better method is selected by matching the specific aircraft type being filled using the best-known disease transmission risks to generate an optimal seating solution.

There’s a huge amount of science behind this and it is a lot more complicated than simply leaving a middle seat free. As Mr Jacobsen explains, VPR and RCV both work on the basis that every seat on an aircraft “corresponds to a single vertex in the graph. Edges between vertices represent the risk of transmitting a disease between each pair of seats. If either seat in a pair is empty, then there is no risk of transmitting a disease.”

The study has already garnered a lot of media attention, but whether we will see airlines adopting their findings is not known. For some, keeping that middle seat free remains a policy, while others, seeing the opportunity to boost revenues, are already offering myriad ways to ensure travellers can maintain privacy and comfort… at a variety of different price points.