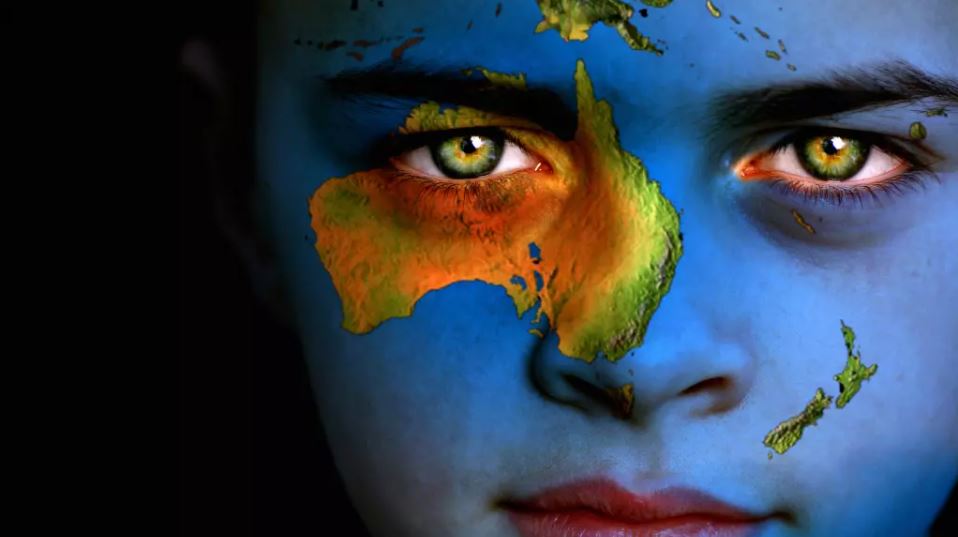 New Zealand’s upcoming move to allow entry for Australian residents will mark the final step in reopening a cross-border market that is crucial to the major airlines in both countries.

This measure is part of the New Zealand government’s accelerated timetable for restoring travel from some of its most important overseas markets. This follows previous steps that allowed New Zealanders to return from overseas without quarantine.

Australia acted more quickly to allow its citizens to travel overseas, and to open borders to foreign travellers – although some states were faster than others.

Although New Zealand may be lagging Australia and several other Asia-Pacific countries in letting tourists back in, at least there is progress now. The major questions now are how quickly airlines will ramp up capacity in the upcoming winter season – and what demand will be like after the initial rush. 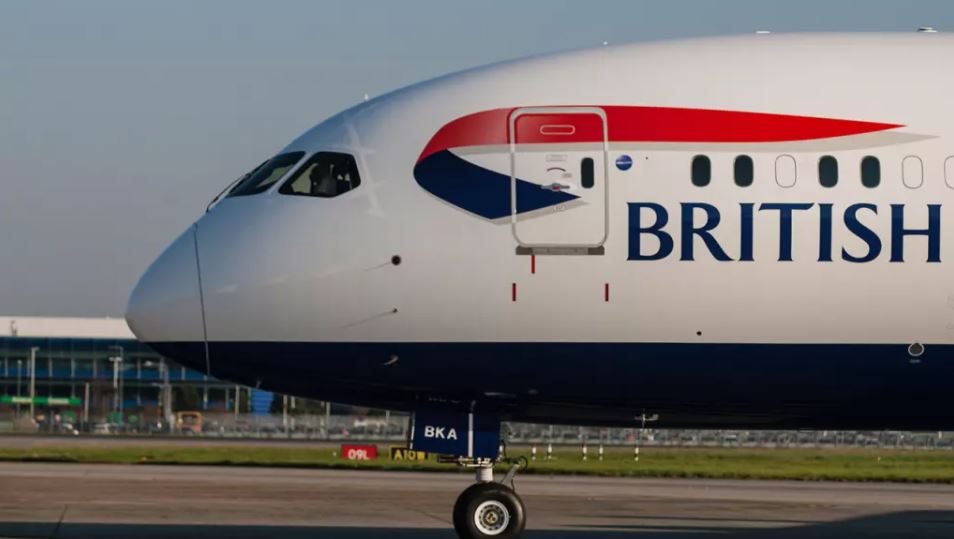 On 14-Mar-2022 the UK government announced the end of the remaining restrictions on international travel. From 4am on 18-Mar-2022 nobody arriving in the UK will need to take a test for COVID-19 or complete a passenger locator form – regardless of vaccination status. Hotel quarantine capacity will no longer be in operation from the end of Mar-2022.

The UK is one of the first large economies to remove all remaining COVID-19 international travel restrictions, reflecting government confidence in its vaccination programme. In the event of future COVID variants of concern, the UK says it will default to the "least stringent measures". This should give aviation operators and passengers greater security in planning for the future.

The UK suffered a bigger fall in capacity during the depths of the pandemic but recovered its historical position as Europe's biggest market by seats in Feb-2022. However, it is only at 67% of pre-pandemic seat numbers in the week of 14-Mar-2022. This compares with a Europe-wide average of 71%.

The end of international travel restrictions should ensure that the UK retains its lead. 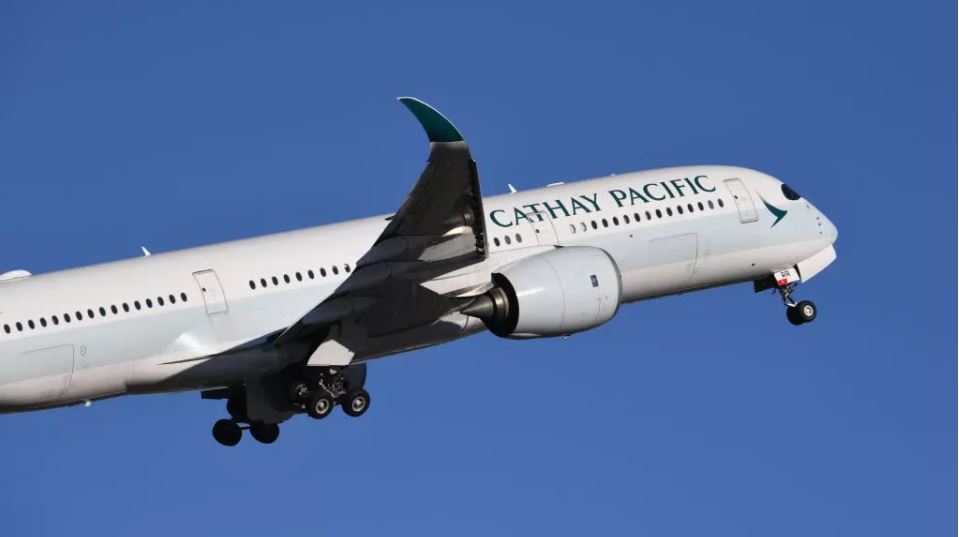 Achieving a half-year net profit ranks as a rare bright spot for Cathay Pacific in the COVID-19 era so far. But it could also be a fleeting triumph, as the situation for the airline will get worse before it gets better.

While the airline’s return to profitability was heavily dependent on surging cargo demand, the financial result also showed that Cathay’s cost restructuring had been effective. And the airline can justifiably say that this demonstrates it can be successful in a post-pandemic environment – whenever that might be.

But that does not hide the fact that Cathay’s capacity remains at basement levels thanks to heavy restrictions in its home market. Few other major airlines have had their operations reduced to such an extent as has Cathay, and due to further tightening of government restrictions its capacity is trending downward even further.

Mainland China is currently Cathay’s largest market. However, the news is bleak there too, as the latest wave of COVD-19 cases threatens travel demand. 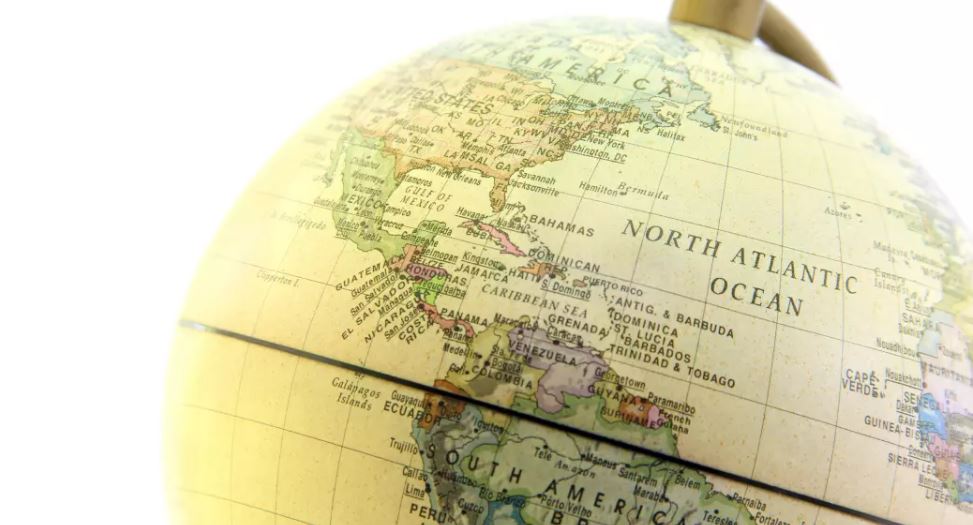 For a while it appeared that Russia's invasion of Ukraine was starting to reverse Europe's aviation capacity recovery from the Omicron wave of COVID-19. However, schedules now appear to suggest that European airline capacity is treading water, rather than falling to any significant degree.

There is still considerable uncertainty, and future events cannot be foreseen. However, recent IATA data on the resilience of trans Atlantic bookings and the lowering of travel restrictions add to a sense of cautious optimism that Europe's recovery is under way. 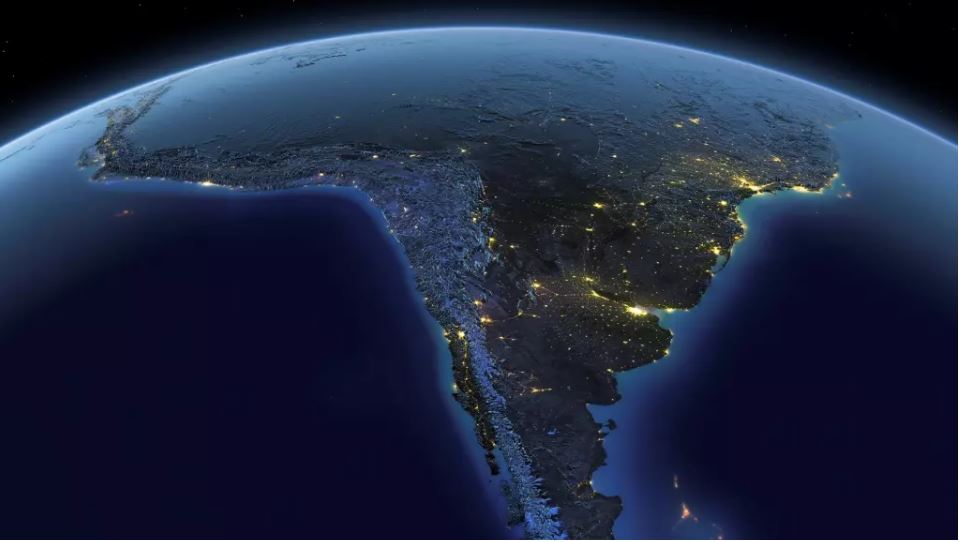 During the past year Latin American airlines have worked diligently to build their fleets to be competitive as the COVID-19 pandemic moves to an endemic state.

Airlines restructuring in Chapter 11, and those fortunate enough to weather the crisis without seeking formal bankruptcy protection, have engaged in a flurry of activity to ensure that they will remain competitive for years to come.

The fleet moves made by airlines in the region is unsurprisingly tilted towards next generation narrowbodies, as operators look to gain fuel efficiency and in some cases, to compete more effectively with low cost operators.

It is not a surprise that next generation narrowbodies are in high demand in the region. Those aircraft have improved fuel burn and help lower unit costs, which is an increasingly competitive bench mark among airlines in Latin America. 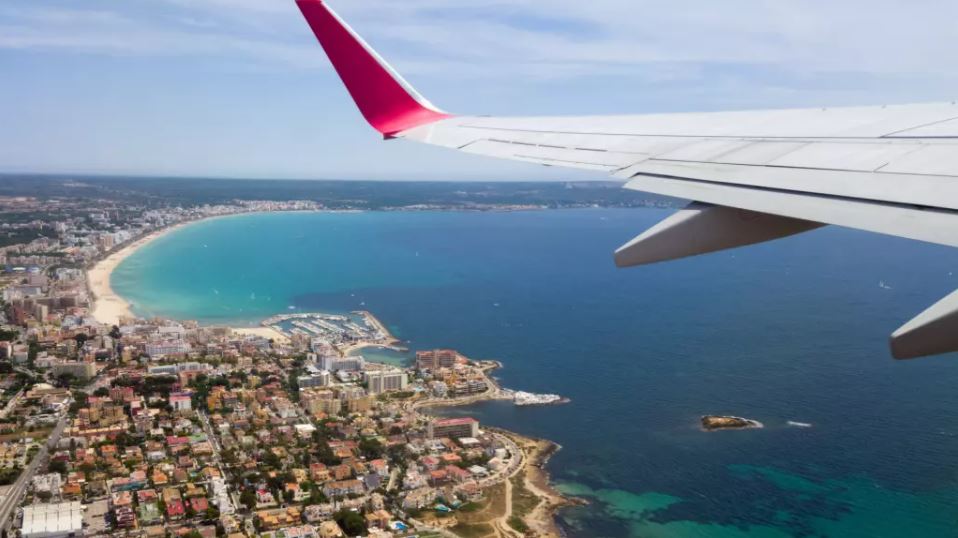 Spain remains reliant on tourism. In 2019 tourism generated 12.3% of GDP, and in some areas it accounts for as much as 15%. So passenger numbers at Spain’s airports are always important to the government.

In Feb-2022 those numbers shot up dramatically, by hundreds of per cent compared to 2021, and they even compared reasonably well in some cases with the 2019 figures. Although the highest number of passengers remains at Madrid and Barcelona, the recovery of the coastal and island airports was in some cases more impressive.

The question now is whether this signifies a major milestone in the recovery from COVID or whether it will turn out to be another false dawn.

Meanwhile Spain has to cope with the loss of visitors from countries like the UK (a loss that may turn out to be temporary), and Russia and the Asia Pacific region (which will be longer lasting). 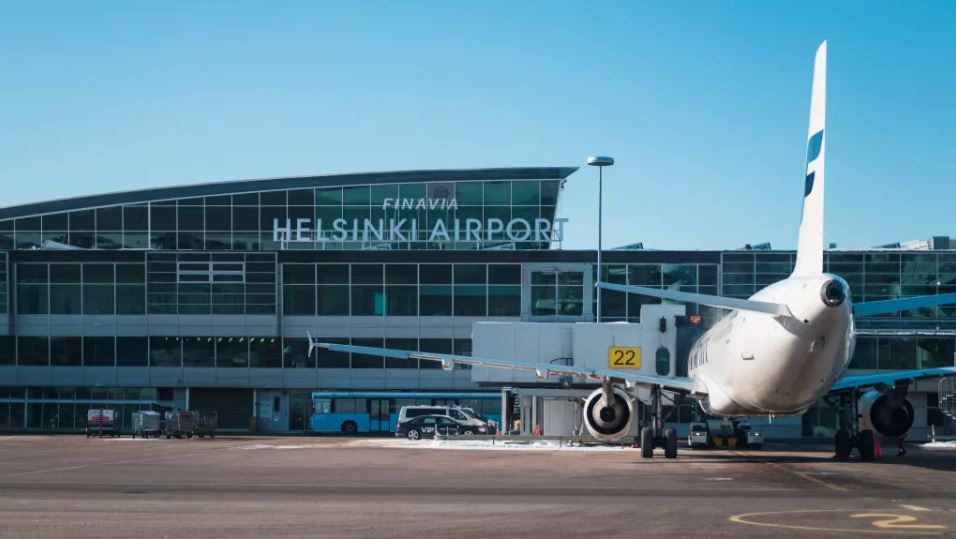 Finland is on the north-eastern periphery of Europe and that works to its advantage, in that Europe-Asia flights have the shortest Great Circle distance to and from Helsinki Vantaa Airport, which in turn attracts transfer passengers from elsewhere in Europe.

After two tough years those passengers returned in numbers in Jan-2022 and Feb-2022, but there is still work to be done with seat capacity levels that are still well behind the first two months of 2020. That is partly a result of the lingering COVID outbreak in Asia Pacific generally, and now also a result of Russia's invasion of Ukraine, which has prompted airspace closures just where national airline Finnair wants to fly.

The eventual outcome is uncertain, but it may now be time for both the airport and airline to reappraise their long term strategies. 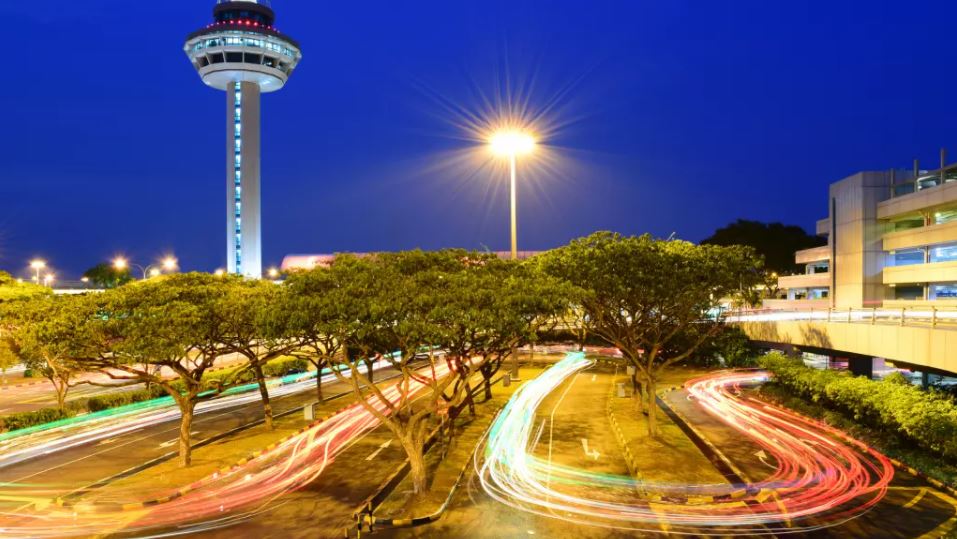 In Singapore, where it once appeared that Changi Airport’s Terminal 5 scheme could be halted as quickly and decisively as a Russian tank, the Transport Minister has confirmed the government’s latter-day commitment to it without actually providing a commitment. 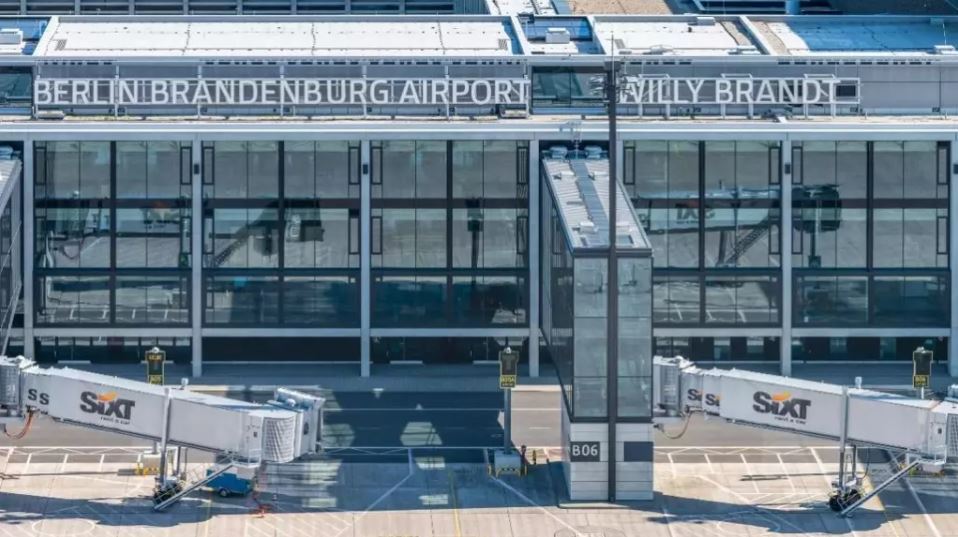 In Berlin Terminal 2 – which was tacked onto the 1990's Berlin Brandenburg Airport Master Plan almost as an afterthought because the initial plan was so far out of date on account of construction delays that began at the start of a previous decade – will finally open in late Mar-2022. However, that opening prompts as many questions as it does answers. 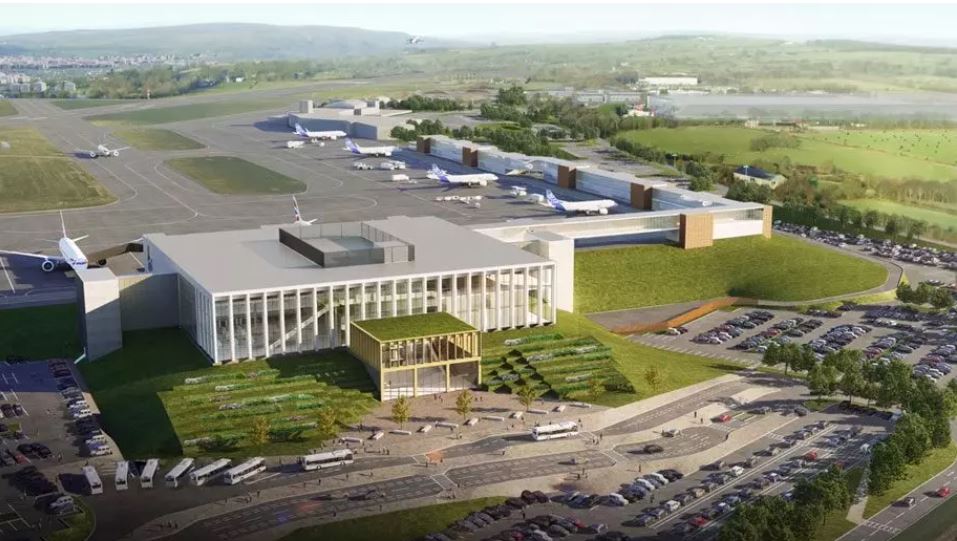 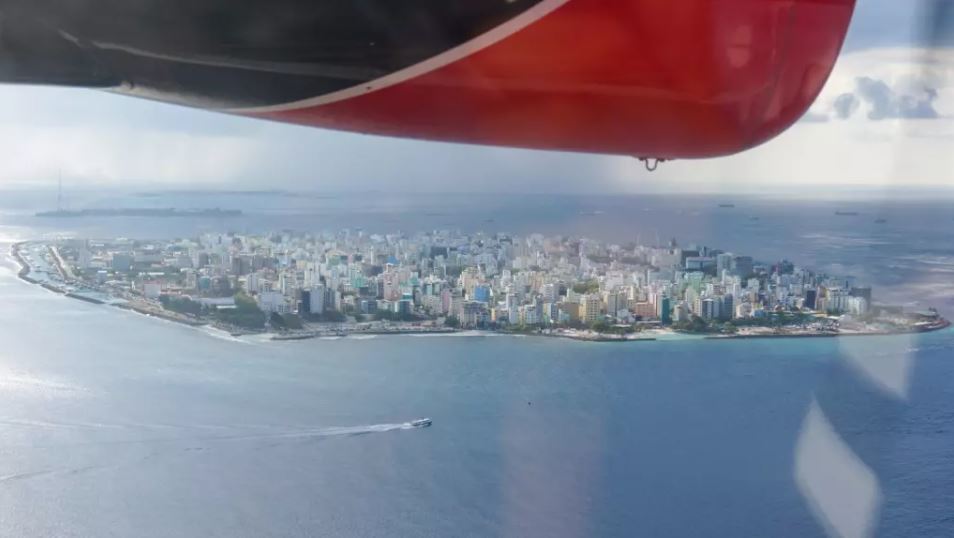 The Indian Ocean rarely makes the news where air transport is concerned but events concerning Goa, the Portuguese-influenced state on India’s west coast, and The Maldives, 1250 km due south, are noteworthy.

In the Maldives, an archipelago which continues to sink and which may not yet see 2050 (the year of ‘net zero), the government has embraced the concept of firms with 100% foreign ownership managing its airports, despite a disastrous short dalliance with GMR (India) and Malaysia Airports more than a decade ago.

Here, we look more closely at the Maldives and the big question of how it intends to attract any investor to very small island airports without permitting them a piece of the action of one of the (small number of) larger ones.

Moreover, can it afford to get embroiled in the political machinations that arise out of its strategic position in the Indian Ocean?