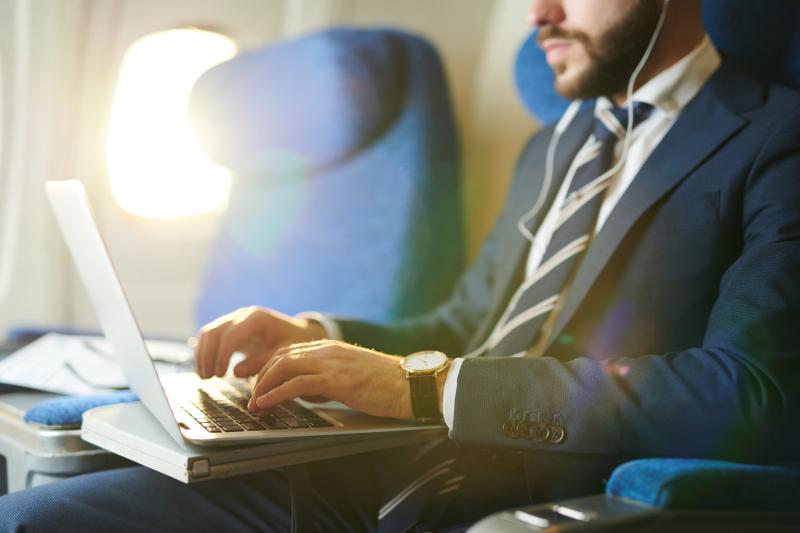 New data from International Air Transport Association (IATA) highlights that the premium passenger share of global demand slipped during the first two months of the year, mainly due to the continued proliferation of LCC operations, but these high yield customers accounted for an even larger share of airline revenues.

IATA says premium class passengers constituted 4.1% of the total number of international origin-destination traffic in the first two months of 2019, down from 4.3% observed a year ago. But, in terms of revenue, premium-class passengers accounted for 27.3% of total international passenger revenues in the same period, which was slightly higher than that recorded in the same period a year ago (27.1%).

The performance was impacted by a downward pressure on global ‘base fare’ passenger yields (i.e. excluding surcharges and the revenue that airlines generate from ancillary services) in Feb-2019 as airlines struggled to recover rising operating costs. IATA says that in USD terms, yields in Feb-2019 were 7.0% lower than the same month in 2018.

This influenced both premium and economy cabin yields. Premium yields were down -1.1% compared to the prior month even though airlines are typically able to pass any cost increases to this less price-sensitive class. Economy yields declined by -1.2%.

CHART - Global base fare passenger yields continued to decline in February, with both premium and economy cabin yields under pressure 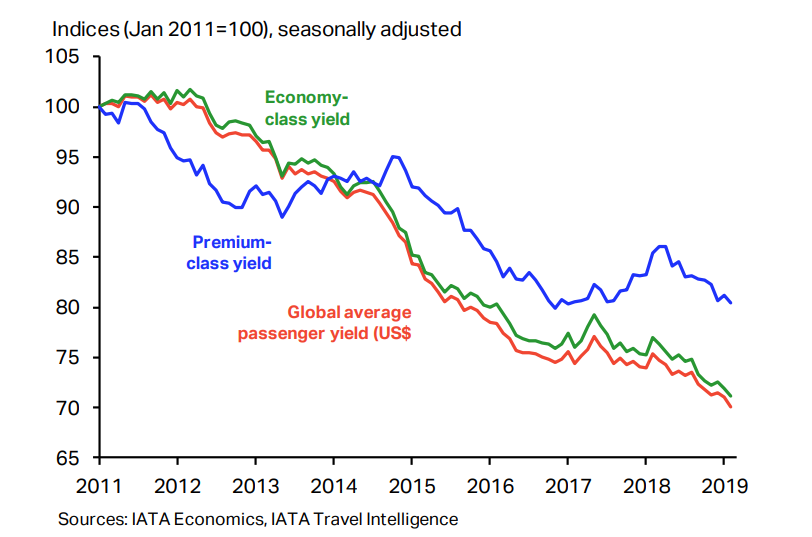 In its most recent Airlines Financial Monitor for Mar-2019 and Apr-2019, IATA says initial financial results for 1Q 2019 indicate a further fall in aggregate profits for the airline industry compared to the same period of the previous year. The outcome is mixed at the regional level, with broad stability in North and Latin America, improvement in Asia Pacific but a significant weakening in Europe, although it stresses “the sample so far is small” and may not be fully conclusive.

The report also highlights that the global airline share index outperformed the wider equities market in Apr-2019, the first time it has achieved this in 2019, with better than expected earnings outcomes and earnings guidance in some regions. IATA acknowledges that the airline shares rebounded during the month after Brexit was delayed and some airlines announced better than expected 1Q earnings results.

The increase in the global airline index was driven by a surge in North American (+9.5%) and European (+5.0%) airlines. On the other hand, Asia Pacific airlines continued to lose value (-2.8%) stemming from the concerns regarding Jet Airways potential bankruptcy and US-China trade war. 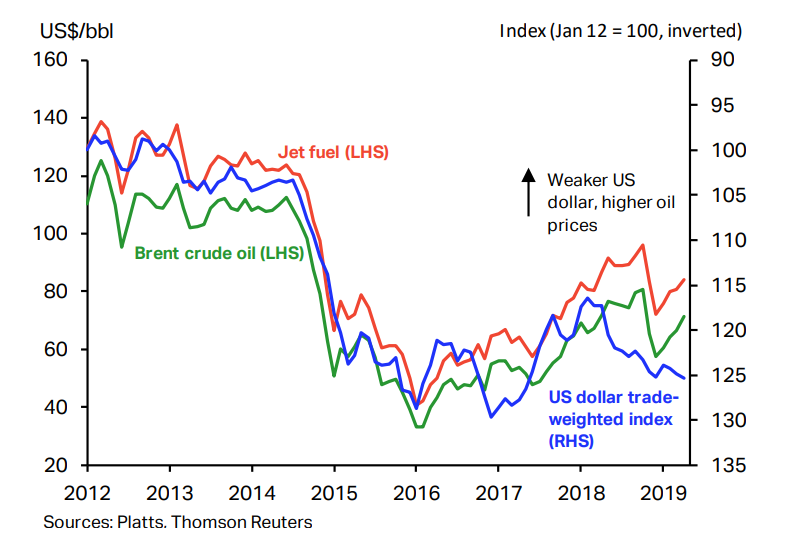 The Apr-2019 performance was again influenced by rising oil and jet fuel prices driven by the ending of US sanction waivers on Iranian oil imports. Oil prices remain “under pressure”, according to IATA, “as the fears of supply disruption augmented amid heightened tensions in the Middle East”. At the current time, the price of Brent crude oil and jet fuel is at its highest level since Nov-2018. However, IATA notes that the futures market still indicates oil prices to remain relatively stable through the rest of the year, with Dec-2019 future contracts hovering around USD69-70/bbl.