Is now the time for Economy cabins to finally get the upgrade they deserve? 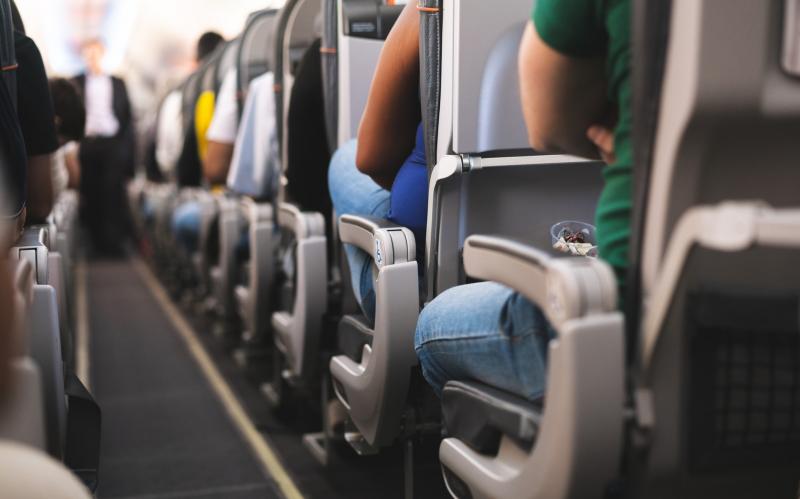 The passenger experience is a key differentiator used by airlines to attract and retain customers. This is particularly true at the front of aircraft where significant investments are made to attract and keep high-yielding premium travellers. The progress of development in business class cabins especially has been significant over the past couple of decades to the emergence of luxury suites and cabins as epitomised by the Residence concept incorporated by Etihad Airways on its Airbus A380 fleet.

However, the same cannot be said ‘down the back of the aeroplane’ where every inch of space is generally utilised to seat as many economy passengers as possible. This is where the majority of us fly, even corporate travellers as budget constraints and LCC convenience have changed short-haul policy and travel options.

It is wrong to say nothing has changed to the economy cabin over the past couple of decades. Innovation has happened, but not enough to change the fundamental look and feel of the cabin. In fact, some might say things have actually got worse as smaller streamlined seats are introduced and galley and toilet space reduced for an extra row or two of seats.

A booming aviation sector has seen ‘densification’ become a trend. Think of an aircraft’s economy cabin as like a retail shop floor. Every little bit of space will be used to sell. In an aircraft interior it is just the same concept and has even led to the introduction of specific variants to meet airline requirements, such as the 737MAX-200 from Boeing, a version of the 737MAX-8 that can seat up to 200 passengers.

But with air transport demand having been heavily impact by the Covid-19 pandemic and it predicted to be years until we return to the levels seen in 2019, and with social distancing expected to remain a key part of our ‘new normal’ lifestyle, could we now see some airlines take the brave move to fundamentally change the economy air travel experience?

We say ‘brave’ as ideas to change the economy design is not new and concepts are regularly included among submissions in the annual Crystal Cabin Awards, the Oscars for aircraft interiors. From sleeping pods to economy lounges there have been numerous visionary concepts, but most examples have never made the journey for paper plans to reality.

While some enhanced service concepts and travel perks have found their way back to economy cabins, more significant changes remain a step too far. For many airlines the investment simply does not add up in the cabin. There are a few exceptions and Air New Zealand has been among the pioneers.

The carrier's skycouch concept that turned a standard row of three economy seats into a sleeping space through the addition of special footrests was successfully introduced and adopted by a small number of other airlines. More recently it revealed plans for an innovative Economy Skynest prototype which provides six full length lie-flat sleep pods into the economy cabin space.

These concepts work in the extra space of a widebody cabin and for longer flights where additional comfort can be more easily offered at a price. But such developments are more of a challenge in a single-aisle airliner serving markets around two to three hours apart.

Airlines are currently exploring techniques to make passengers feel safer when onboard, potentially employing quick and simple modifications to support social distancing (to a degree), but mainly to meet a duty of care to passengers. Will any take advantage of the circumstances to develop more innovative solutions? History, suggests otherwise, but now has never been a better time to stand out from the crowd.