Japan revealed as holding the world’s most powerful post-pandemic passport, but wealthy nations with premium passports still ‘flounder and fail’ through the health crisis 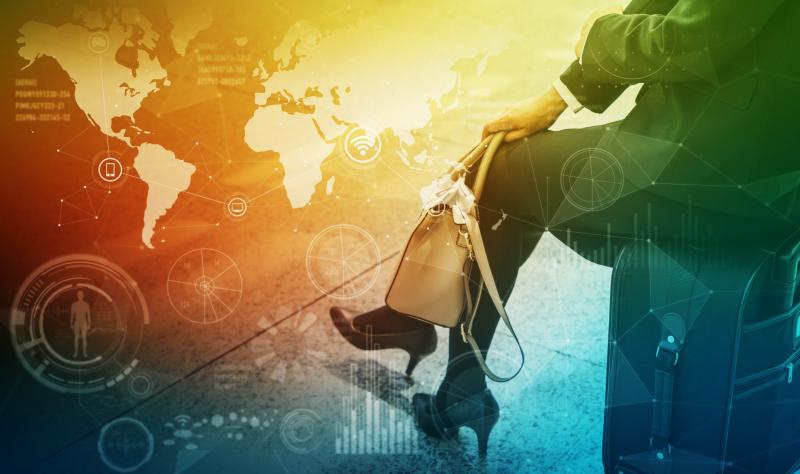 It is still hard to even conceive a time when travel restrictions will not limit our international travel freedoms, but we are slowly moving closer to a time when some normality will be restored. Right now there are clear and obvious discrepancies between those leading the recovery with advanced vaccination programmes and those that will be continuing to live in fear of coronavirus for a long time yet.

As Henley & Partners highlights in the latest results of the Henley Passport Index – a ranking of all the world’s passports according to the number of destinations their holders can access without a prior visa – the rollout of mass vaccination programs in certain wealthy and advanced economies such as the EU, the UAE, the UK, and the US, “global mobility will soon be a possibility again for some”.

While for citizens of developing and emerging economies, where vaccine rollouts are much slower, and where passports tend to offer far less travel freedom in general, “the future looks decidedly less rosy”.

Still, the latest update of the Henley Passport Index does provide insight into what post-pandemic travel freedom might look like as countries around the world selectively begin to open their borders to international visitors.

It is “somewhat ironic” says the company that Japan is ranked first — which effectively means its citizens are the most welcomed in the world — yet it recently made the difficult decision to bar spectators from abroad from the rescheduled Olympic and Paralympic Games Tokyo 2020, now planned to commence in Jul-2021.

Still, Japan firmly holds onto the number one spot on the index — which is based on data from the International Air Transport Association (IATA) — with Japanese passport holders theoretically able to access a record 193 destinations around the world visa-free. Singapore remains in second place, with a visa-free/visa-on-arrival score of 192, while Germany and South Korea again share joint-third place, each with access to 191 destinations.

As has been the case for most of the index’s 16-year history, the majority of the remaining top 10 spots are held by EU countries. The UK and the US, both of which continue to face steadily eroding passport strength since they held the top spot in 2014, currently share joint-seventh place, with a visa-free/visa-on-arrival score of 187.

The latest results indicate that the gap in travel freedom is now at its largest since the index began in 2006, with Japanese passport holders able to access 167 more destinations than citizens of Afghanistan, who can visit only 26 destinations worldwide without acquiring a visa in advance.

Although there has been very little movement in the Henley Passport Index for the past five quarters since the outbreak of COVID-19, there are still some interesting trends that have emerged over the past decade. In 2Q 2021, China became one of the biggest climbers for the past decade, rising by 22 places in the ranking since 2011, from 90th position with a visa-free/visa-on-arrival score of just 40 to 68th position with a score of 77.

However, the most remarkable turnaround story on the index by far is the United Arab Emirates, which continues its stellar ascendance. In 2011, the UAE was ranked 65th with a visa-free/visa-on-arrival score of 67, while today, thanks to the Emirates’ ongoing efforts to strengthen diplomatic ties with countries across the globe, it is ranked 15th with a score of 174.

Times are unprecedented right now, but the outlook is certainly more hopeful than it was even a few months ago. Dr Christian H Kaelin, chairman of Henley & Partners and the inventor of the passport index concept, says the past year has demonstrated that “no government is infallible” and he says that “even the world’s superpowers and wealthiest nations floundered” with many having “failed their citizens”.

What the latest Henley Passport Index ranking does provide is a reminder that economic recovery and development are dependent on global mobility, including personal travel freedom. “Passport power should never be taken for granted,” says Dr Kaelin.