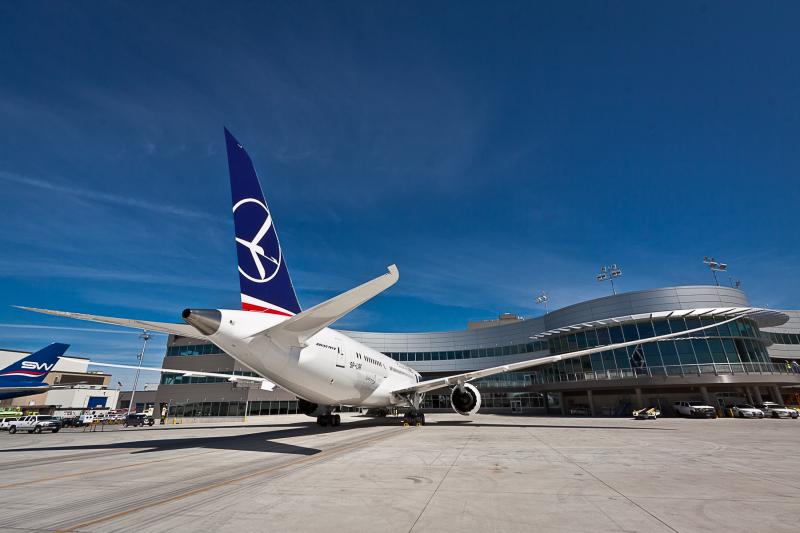 LOT Polish Airlines believes its recent comprehensive business restructuring has delivered sufficient cost savings for it to be able to deploy its long-haul aircraft on routes outside of Poland. The Star Alliance member will initially fill a gap in the Hungarian market by launching flights from Budapest to Chicago and New York from summer 2018, but is understood to also be considering other markets outside of Poland for its Boeing 787 Dreamliner fleet.

The carrier will take advantage of its expanded long-haul fleet by basing one of its Boeing 787-8 Dreamliners at Budapest Airport to launch a four times weekly service to New York’s John F Kennedy International Airport and a twice weekly link to Chicago’s O’Hare International Airport from May 3, 2018.

The airline currently operates seven 787-8s and will imminently add an eighth to its fleet. It will also take delivery of five larger 787-9s (four in 2018 and one in 2019) which will free the 787-8 to transfer to Budapest.

“For a fast-growing market like Budapest, this is an extremely significant expansion for us,” says Jost Lammers, chief executive officer, Budapest Airport. ”Worldwide connectivity is crucial in today’s global economy and these vital links will boost the demand for travel and ultimately maximise the competitiveness of the Hungarian market.”

The expansion into the Transatlantic market out of Hungary is actually a logical decision for LOT even though last week’s announcement may have come as a surprise. As The Blue Swan Daily reported back in May, the US has remained a major white spot on its network map despite a strong performance in the short-haul market even taking into account the collapse of the nation’s former national carrier Malév Hungarian Airlines.

Hungary is currently the largest country market unserved from the USA with country pairs with similar sized demand having at least ten weekly flights, according to schedule data. However, with no home carrier offering local feed and US carriers lacking support it is been a hard sell for the business development team at Budapest Airport.

It is now more than five-and-a-half years since American Airlines ended its New York - Budapest service in December 2011. Malév had also served the Budapest – New York market up until 2008 and Delta Air Lines until September 2011. Latest annual data shows that almost 435,000 passengers a year in and out of Budapest are indirect travellers from the US, with New York alone showing an 110,000 potential passenger market; New York’s largest unserved market in Europe and fourth largest unserved destination in the world.

The location of Budapest means these new long-haul routes from LOT will not only support the Hungarian market but also satisfy a wider major market demand covering Eastern Austria, Slovakia, the Transylvanian parts of Romania, and several countries in the Balkans.

“We believe that the inhabitants of Budapest and the neighbouring areas should be offered a better product. Our strategy assumes taking up every business opportunity and we cannot waste such potential,” says Rafal Milczarski, chief executive officer, LOT Polish Airlines.

The relevant ministries in Hungary deem the US, and in particular New York, a route of strategic national importance, and have been evaluating ways to legally and feasibly financially support the first mover, although it is unclear at this stage what, if any, support LOT has been provided for the two routes. However, it is known that LOT, Budapest Airport, the Hungarian and Polish governments, as well as the Hungarian Tourism Agency have been locked in discussions for months to deliver the right environment to deliver the flights.

The idea of a foreign carrier providing long-haul flights out of a country is by no means new. Within Europe it is facilitated by the EU’s Internal Market for Aviation, but others outside of the continent have been using fifth freedom rights to operate into the Americas via European points, for example Emirates Airline operating its recently launched Dubai – Newark flight via Athens.

The question is… what other unserved city pairs, particularly between Eastern European and the US are open for new connectivity? Well, looking at OAG Traffic Analyser data for the first quarter of 2017, alongside the new LOT Budapest – New York link the largest unserved O&D routes were Prague – New York and Krakow – Chicago.

These are both markets with seasonal summer flights from Delta Air Lines and LOT respectively and could realistically be served on a year-round basis at a reduced frequency in the off-peak periods. Other leading unserved markets comprise Tirana – New York, a market last served non-stop for a short period back in 2009 and generated Q1 flows of around 50 PPDEW (passenger per day each way); and Yerevan – Los Angeles, a market last served more than a decade ago by one of Armenia’s former national carriers..

Notable flows were also recorded on the St Petersburg – New York, Bucharest – New York, Krakow – New York and Bucharest – Miami markets which could open up opportunities for aircraft to perhaps fly from Bucharest or Krakow to multiple points in the US with two to four weekly frequencies. USGlobal Airlines (formerly Baltia Air Lines: the longest running airline start-up in history) is understood to be planning flights to Russia from Stewart International Airport (serving New York) as part of its launch plan, while Romanian flag carrier TAROM is seeking to add widebodies for US flights.