Love is in the air: Hanoi – Ho Chi Minh market has seen the largest addition of flight frequencies since 2015 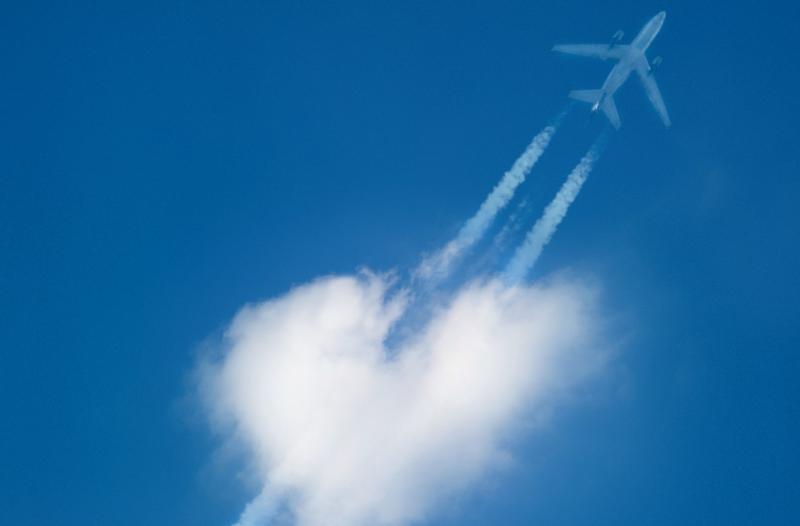 Every February 14, across many places around the world, flowers and other gifts are exchanged between loved ones, all in the name of St Valentine, a patron saint whom is still shrouded in mystery. Now a day for romantics, after poet Chaucer link it to love in the Middle Ages, it seemingly has its roots in a number of different saints named Valentine or Valentinus, whom were martyred on this February date.

It may not sound quite so romantic now, and it has certainly turned into a commercial calendar date, but it remains a day that brings people together. It is an increasingly challenging time for the aviation sector as the spread of the coronavirus COVID-19 continues, with expectations that things will still get worse before they will get better. This is clearly highlighted in the accelerating death toll and reports of further cases across the world.

This year’s Valentine’s Day may not be so loving as it is increasingly suggested that we avoid physical contact to minimise the spread of the deadly virus. But, it still remains a key date in the aviation calendar, especially for the cargo industry transporting millions of roses across the world in the week leading up to the big day.

But, which routes have seen the most love over the past five years? The Blue Swan Daily has studied the world’s top 50 routes by frequency in 2015 and identified which of them had seen the most additional services added by the end of the decade.

Over the past decade Vietnam has emerged as one of the world’s fastest growing aviation markets and it is no surprise to learn that with the expansion of the LCC model in the county that the domestic air route linking its largest cities - the capital Hanoi and the famous southern city of Ho Chi Minh City (formerly Saigon) – has seen the largest leap in air services since 2015.

Leap is no understatement as between 2015 and 2019 frequencies between the cities increased by almost half from around 16,300 to over 23,500 - that is on average 20 extra services per day in each direction. The following chart from the extensive CAPA – Centre for Aviation data centre highlights the rise of air capacity in this market.

It is not the only route to see a significant rise in frequencies during the period. The Blue Swan Daily analysis highlights that the domestic Saudi Arabian Jeddah – Riyadh has seen a similar rate of growth with frequencies rising from around 13,000 in 2015 to 19,000 in 2019.

There have also been some new entrants into the top 50 route ranking since 2015, namely Zanzibar – Dar Es Salaam in Africa, where frequencies have almost increased two thirds (64.0%); St Barthelemy – St Maarten in the Caribbean; Da Nang – Ho Chi Minh in Vietnam. 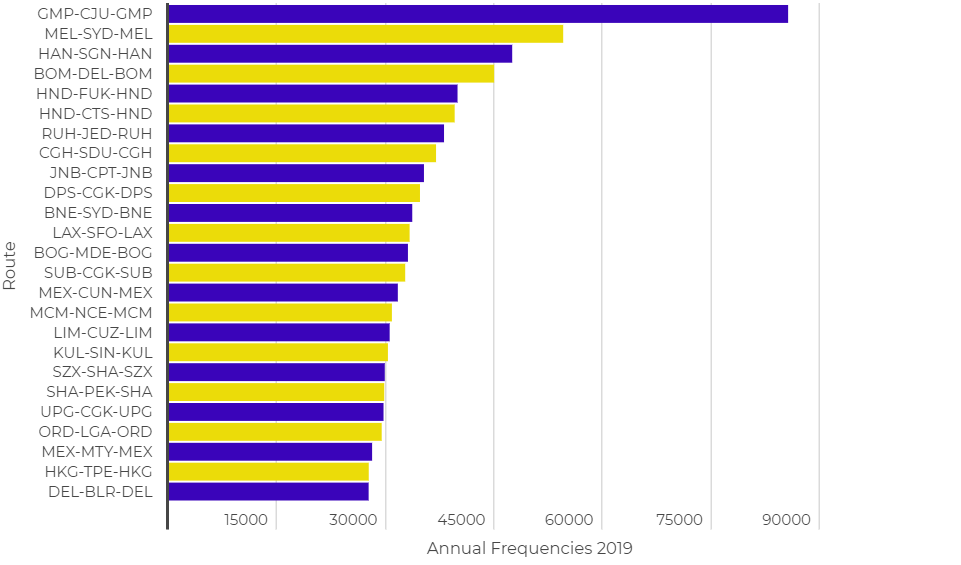