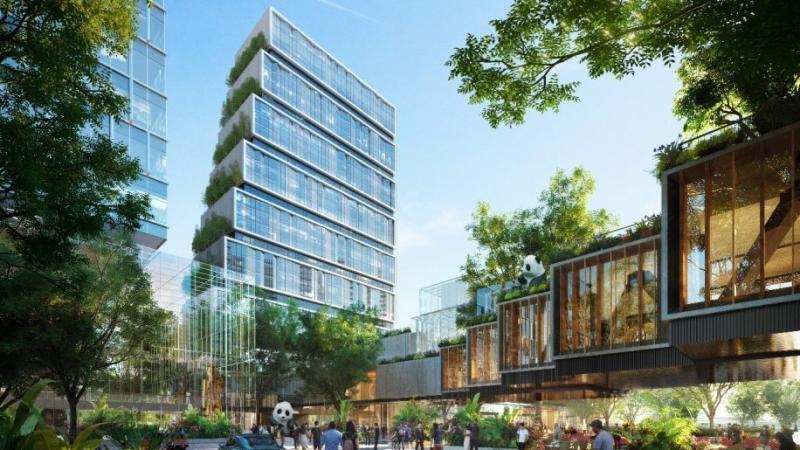 Mandarin Oriental Hotel Group has announced that it will manage a new hotel in Tianfu, a modern business district south of Chengdu, the capital city of China’s Szechuan province. Tianfu New Area is expected to become the future commercial centre of Southwest China.

The Mandarin Oriental Tianfu, Chengdu is due to open in 2028 and will comprise 267 guestrooms and suites as well as a club lounge. Four restaurants and bars will provide a variety of cuisines, while significant meeting and event space will ensure the hotel is well positioned for both business and social gatherings.

The Central Business District of Tianfu sits approximately 25km south of the old city of Chengdu and is easily accessible from Chengdu’s two international airports, with efficient links to the metro and high-speed rail.

The hotel will sit in the primary development zone, comprising regional offices and headquarters of multinational corporations as well as international convention and exhibition venues.

The overall district is being designed as a ‘Park City’ featuring over 3000 hectares of green space which will be within walking distance of the hotel.

Adjacent to the hotel is a mixed-use development housed in the tallest skyscraper in Western China, featuring a top floor observation desk with food and beverage outlets, affording unrivalled views of the city, and, in good weather, the Xiling snow mountains to the west.

This development reinforces the Group’s commitment to building on its existing mainland China portfolio in Beijing, Shanghai, Guangzhou, Shenzhen and Sanya, along with properties currently under development in Hangzhou, Nanjing and Qianmen, Beijing.

A journey from Asian roots to global luxury brand

Having grown from its Asian roots into a global brand, the Group now operates 36 hotels and eight residences in 24 countries and territories, with each property reflecting the Group’s oriental heritage, local culture and unique design.

Mandarin Oriental is a member of the Jardine Matheson Group, a conglomerate with strong expertise and heritage in Hong Kong and Asia, which was founded in Canton in 1832 by Scottish traders William Jardine and James Matheson. The combination of solid western business acumen, combined with its Asian culture differentiates the Group, and puts Mandarin Oriental in a strong position to deliver the best.

For almost 60 years, Mandarin Oriental has been established as a leader in luxury hospitality and has a rich and proud history. This began with the opening of its flagship property, The Mandarin, in 1963 in Hong Kong. The hotel, which was the tallest building on the island when it opened, soon built up an enviable reputation for service excellence, and instantly became a historic landmark – a status it still holds today.

In 1974 the Group took a 49% equity holding in The Oriental in Bangkok, which was already acknowledged as one of the world's most legendary hotels.