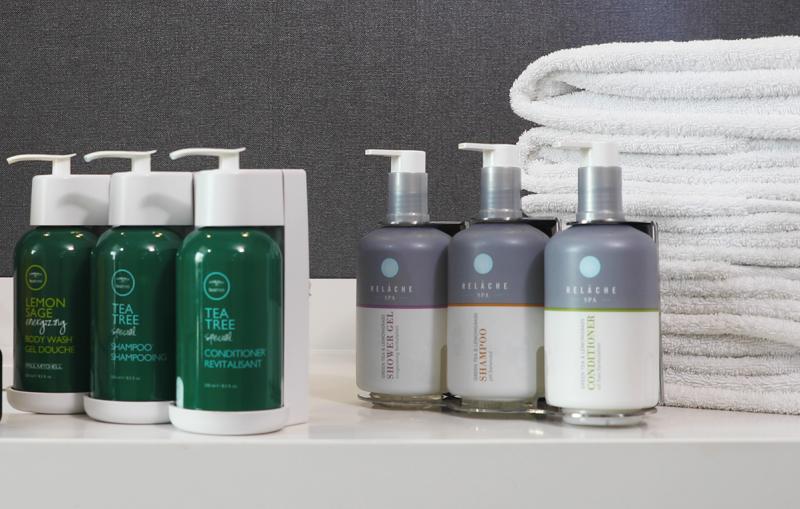 Whether for business or leisure, hotel guests increasingly want their stays to be more sustainable without any impact on the quality of their experience. First it was drinking straws, now toiletries, as the world’s largest hotel groups find some quick and easy ways to cut single use plastics and boost their environmental credentials.

Marriott International says that about one fifth of its more than 7,000 properties already offer larger-pump-topped bottles in guestroom showers, but that will become standard across its full portfolio by Dec-2020 as it seeks to eliminate all small plastic bottles of shampoo, conditioner and bath gel from its hotel bathrooms.

To date, the company has already rolled out larger bottles at about 1,000 properties in North America from an earlier 2018 initiative to switch single-use shower toiletry bottles to larger bottles with pump dispensers in five brands: Courtyard by Marriott, SpringHill Suites, Residence Inn, Fairfield by Marriott and TownePlace Suites.

In addition, four of Marriott International’s brands – Aloft Hotels, Element by Westin, Four Points and Moxy Hotels – previously implemented the pump-dispenser toiletry concept, while a fifth – AC by Marriott – is well on its way to making the change.

“This is our second global initiative aimed at reducing single-use plastics in just over a year, which underscores how important we believe it is to continuously find ways to reduce our hotels’ environmental impact. It’s a huge priority for us,” says Arne Sorenson, president and chief executive officer, Marriott International.

Marriott says a typical large, pump-topped bottle contains the same amount of product as about 10 to 12 tiny, single-use bottles. Because tiny bottles are not usually recycled, they end up in the hotels’ trash bins – generating refuse that will never truly decompose in landfills. In addition to allowing guests to use as much of a product as they need, the larger bottles are also recyclable along with other basic containers, such as plastic soda bottles.

“Our guests are looking to us to make changes that will create a meaningful difference for the environment while not sacrificing the quality service and experience they expect from our hotels,” says Mr Sorenson.

The hotel chain says it has received “overwhelmingly” positive feedback from guests at properties the larger pump-topped toiletries are already used. Each brand will implement the larger amenity bottles “in a way that is consistent with the brand experience and quality standards,” it says.

This initiative furthers Marriott’s commitment to reducing its environmental impact as part of its ‘Serve 360: Doing Good in Every Direction’ platform that addresses social and environmental issues. As part of Serve 360, it is working toward several sustainability goals such as reducing landfill waste by 45% and responsibly sourcing its top 10 product purchase categories – including guestroom amenities – by 2025.

Marriott’s announcement follows hot on the heels of the similar news from InterContinental Hotels Group (IHG) which became the first global hotel company to commit all of its brands to removing bathroom miniatures in favour of bulk-size amenities.

It plans to remove 200 million miniatures from its estate each year as part of a project to switch its entire portfolio of 843,000 guest rooms to bulk-size bathroom amenities. The transition will take a little longer that across the Marriott portfolio and is due to be completed during 2021.