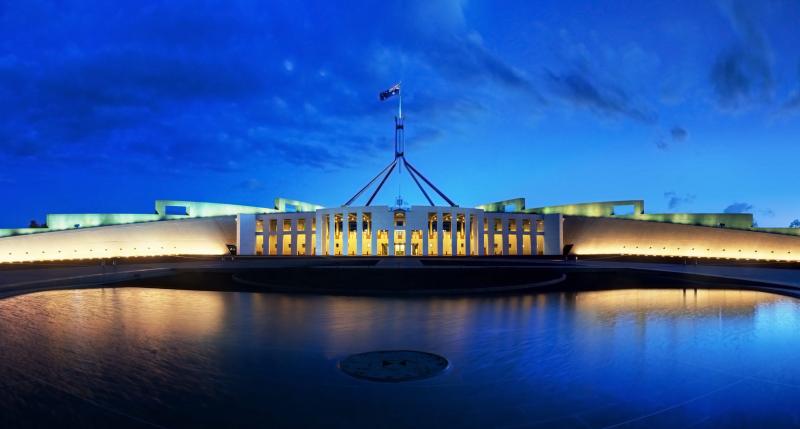 Ministerial travel entitlements have again come under public scrutiny: Health Minister Sussan Ley has faced calls to resign when it was revealed she had bought a property during a taxpayer-funded trip to the Gold Coast.

According to the Australian Financial Review, Minister Ley has repaid four travel expense claims for trips to the Gold Coast, including one when she bought an AUD795,000 apartment, and has submitted her travel for review by the Finance Department.

The Minister conceded that multiple trips did not meet ministerial standards and that Prime Minister Malcolm Turnbull had told her they were inappropriate. Finance Department guidelines are both generous and lacking in detail - often combined with a lack of transparency.

In Aug-2016 the Speaker of the House Bronwyn Bishop was eventually forced to resign over claims that she misused expenses on an AUD5,277 helicopter flight from Melbourne to Geelong for a Liberal Party event.

The report revealed that politicians spent AUD31.13 million on domestic and overseas travel in one year.

The Department of Finance details the range of travel benefits available to Ministers as follows:

Flights: Ministers are entitled to unlimited business class travel on scheduled commercial transport, provided such travel is for “parliamentary, electorate or official business”.

Charters: All ministers are also entitled to charter services “when travelling on parliamentary, electorate or official business in special cases, such as where no scheduled commercial services exist or a Minister would be unduly delayed by the use of scheduled services”. Charters can also be used when “the use of scheduled services would not be the most cost-effective means of travel”. When using a charter service, a minister can be accompanied by his or her spouse, staff, and other senators and members. Other passengers can accompany the Minister provided that a larger aircraft/vehicle is not required (cost recovery may apply).

Travel allowance: Ministers can also claim an allowance “to cover the cost of accommodation, meals, and incidentals for each overnight stay in a place other than the Minister’s home base” for travel related to official or party business. A daily rate is available to travelling ministers, with the Prime Minister entitled to “accommodation and sustenance up to a limit of A$560 for each overnight stay”.

International travel: All international ministerial travel requires the prior approval of the Prime Minster. Travel is limited to a class no higher than business class. However, where airlines offer two classes of travel and first class is equivalent to business class, travel in first class is permitted. Ministers are normally entitled to be accompanied by one employee, who is entitled to travel in business class. Partner travel is subject to approval by the Prime Minister.

The ministerial travel entitlements may appear generous but they are designed to allow ministers to perform their duties, in the same way as private sector travel policies should meet the business needs of the organisation without inconveniencing travellers or exposing the organisation to unnecessary risk.

What is at issue in the controversy surrounding the Health Minister’s travel is the reason for travel. The current policy allows ministers to travel at taxpayer expense “when travelling on parliamentary, electorate or official business”.

Minister Ley claimed in a statement on 08-Jan-2017 that the disputed Gold Coast trip “is within the rules provided” because she “travelled to Brisbane on 9-May-2015 to make a major announcement about the availability of new medicines at a specialist breast cancer clinic and to meet with patients in Brisbane and on the Gold Coast”.

“However, I have always sought to apply higher standards for myself in using valuable taxpayers’ funds”, she said, adding that she had asked the Department of Finance to invoice her for the costs of the car and travel allowance claimed on Saturday 09-May-2015, “including the relevant penalty applied to erroneous claims”.

The recent ministerial travel lapses come at a time when the Federal Government is showing leadership in its travel procurement.

In 2014 the Department of Finance established the Whole of Australian Government (WoAG) Travel Arrangements in a bid to:

The arrangements include the aggregation of government purchasing power to obtain better pricing and value for money outcomes, and reduce the administrative cost of procurement activities for entities and suppliers. The arrangements are also designed to promote simplicity and efficiency for official travel.

Government spending remains a contentious political issue and one which will continue to attract public and media scrutiny.

The Feb-2016 Independent Parliamentary Entitlements System Review found that travel expenses were the most complex and problematic aspect of parliamentarians’ work expenses. “Their complexity arises from being governed by many Acts and subsidiary regulations, determinations and guidelines which have evolved over time without rationalisation, and because different types of transport and associated arrangements are necessary for different situations,” the report noted.

The review panel explained that travel expenses are problematic because “parliamentarians must travel often and far, and it is appropriate that they do so in safety and by proper means; yet such travel can seem a luxury or indulgence to the public, which may not fully understand this aspect of parliamentary work”.

The review called for a “principles-based system (that) will permit the parliamentarian to make appropriate travel arrangements without burdensome administration but in a manner which is reasonable and accountable”. This includes a clear definition of "parliamentary business" and the need for “monthly and more detailed reporting of expenses through an online system”.

The Ley incident again reinforces the need for clear distinctions between “official” and “personal” travel and the obligation for public servants to ensure that the two are not combined when they claim reimbursement from the public purse.

Ironically, it comes at a time when “bleisure” travel (the combination of business and leisure travel) is becoming more common in the corporate world. However, elected officials will always be held to higher standards of accountability than their corporate counterparts.