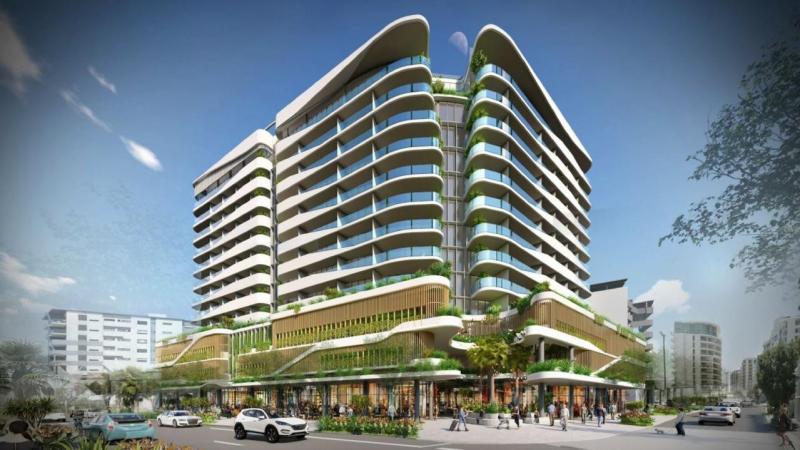 Minor Hotels has revealed it will bring its first Avani hotel to the Australian market, with a new-build property planned for Mooloolaba on Queensland’s Sunshine Coast. Opening to guests in 2025, Avani Mooloolaba Beach Hotel will enjoy a sought-after central location on the corner of Brisbane Rd and First Avenue, just moments from the Mooloolaba beach foreshore.

Known worldwide for its cool, contemporary styling, laidback ambience and impeccable service, Avani Hotels & Resorts is among Asia's fastest growing upscale hospitality brands with an extensive portfolio of properties in Asia, the Middle East, Africa and beyond – including its flagship Avani+ Riverside Bangkok Hotel.

Property located between Brisbane and Noosa, Mooloolaba on the Sunshine Coast

The property is being constructed between Brisbane and Noosa, Mooloolaba on the Sunshine Coast.

“We have been keen to add an Avani hotel into our Australian portfolio for some time and have been scouting for a first-class location. We feel confident this property ticks all the boxes for travellers seeking the upscale, contemporary experience offered by our international Avani Hotels & Resorts, and we expect it will be extremely well received within the Australian market,” explains Dillip Rajakarier, Group CEO of Minor International and CEO of Minor Hotels.

Minor Hotels, owners of Avani Hotels & Resorts, also manage a diverse portfolio of more than 530 hotels, resorts and branded residences across six continents, including 56 Oaks Hotels, Resorts and Suites across Australia, as well as a new NH Collection property currently under construction in Sydney’s Surry Hills.

The portfolio spreads across 56 countries across Asia Pacific, the Middle East, Europe, the Americas, Africa and the Indian Ocean, recently boosted by a new addition to its Anantara portfolio in the United Arab Emirates.

Minor Hotels kicked off 2022 in the United Arab Emirates with a record-breaking first quarter performance across its multi-brand hotel portfolio. The addition of a third Anantara in Dubai now strengthen the group’s position in the country, also giving the opportunity to capitalise on the addition of its first Downtown Dubai property, which is one of the busiest and highest performing areas of the city.

The Anantara Downtown Dubai Hotel, formerly known as The Oberoi Dubai, joined the Minor portfolio on 1-Jul-2022 and is centrally located amidst Dubai’s Downtown and Business Bay areas, close to DIFC the city’s financial district. Owned by Aujan Group Holding it features 252 guest rooms and suites, each with views of Downtown Dubai – some including the Burj Khalifa, of the Dubai skyline or the hotel pool.

The addition of this hotel is part of the brand’s strategic expansion into city properties, adding to the existing portfolio of city hotels including Anantara Eastern Mangroves Hotel in Abu Dhabi, Anantara Siam Bangkok Hotel and the growing portfolio of city hotels in Europe including Anantara Palazzo Naiadi Rome Hotel, Anantara New York Palace Budapest Hotel and most recently added, Anantara Grand Hotel Krasnapolsky in Amsterdam.

Anantara Hotels, Resorts & Spas, will further grow with the upcoming addition of a new resort in Brazil. With a modern and sustainable design focused on the location’s natural beauty, the launch of Anantara Mamucabo Bahia Resort will represent the debut of the luxury brand both in Brazil and in South America.

The property will be located in Baixio, a district on the northern coastline of Bahia, approximately 150 km from the state capital of Salvador. Known for its crystal-clear lagoons, the small fishing village has a setting that inspires tranquillity and is one of the most sought-after destinations on the region’s coast throughout the year.

Construction of the new-build property will begin in 2023, with the resort slated to launch in 2025. It will feature a total of 116 guest rooms, suites and pool villas, with sizes varying from 70 to 163 square metres.