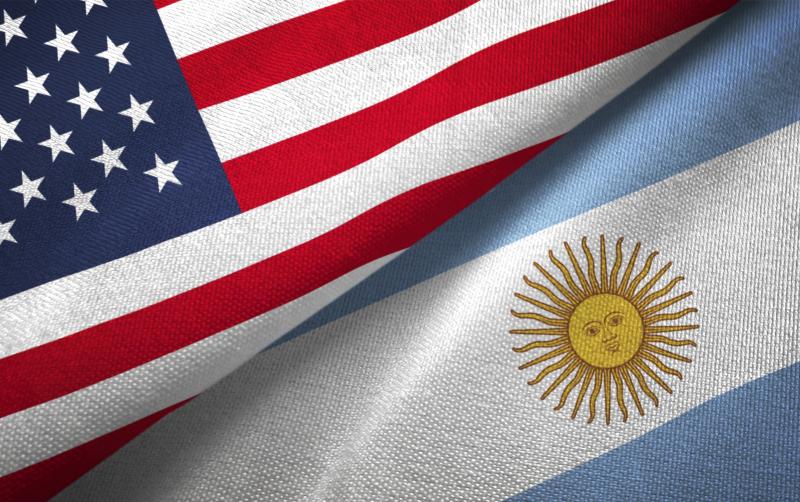 New York and Buenos Aires have forged a new two year partnership to boost tourism between the two cities, the first ever on the pairing. It is an interesting move given Argentina’s economy is faltering and a competition presidential election looms later in 2019.

Buenos Aires tourism board calculates the city has welcomed roughly 2.7 million travellers during the last year, the it believe the new partnership will “further position Buenos Aires in a key US market as the cultural capital of South America, allowing us to showcase the many experiences and events there are to have in our city of many passions”, says Gonzalo Robredo, president of the Buenos Aires City Tourist Board.

The city-to-city partnership includes a swap of marketing and advertising assets. New York City campaign advertisements will be featured on select display signs, municipal advertising boards and underground metro stops in Buenos Aires, beginning in May-2019 through Jul-2019,u under the terms of the agreement. Similarly, Buenos Aires advertisements will appear on select bus stop shelters and LinkNYC screens across New York City’s five boroughs beginning in late Jul-2019 for one month. 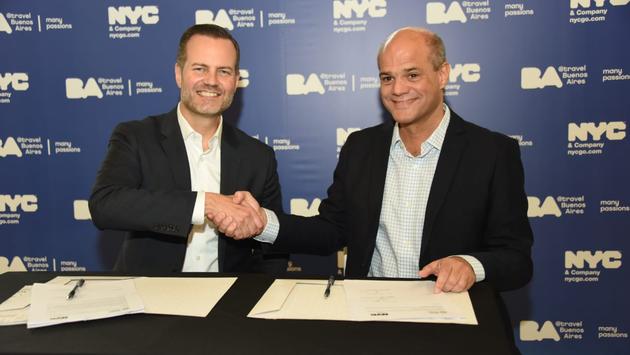 The new partnership occurs as Argentina is struggling with a severe economic downturn, with the country’s inflation rate soaring above 50%. And although Buenos Aires has welcomed a steady number of tourists, a share devaluation in Argentina’s currency will pressure overall international visitors to the country. Data from Argentina’s government show international passenger levels fell year-on-year from Jun-2018 to Dec-2018, falling as much as 7% both in Oct-2018 and Nov-2018.

The popularity of Argentina’s incumbent president Mauricio Macri has also fallen as a result of the economic strife. Former president Cristina Fernández Kirchner is running for vice president, teaming up with Alberto Fernández, who served as chief of staff for part of her term.

The partnership could gain traction in the contest, and could roll back some of Mr Macri’s reforms if they’re elected. Mr Marcri has liberalised Argentina’s aviation industry, allowing the growth of LCCs that compete with flag carrier and state-owned Aerolineas Argentinas, which Ms Kirchner’s administration strongly protected during her tenure.

CAPA – Centre for Aviation analysis of OAG schedule data shows that Aerolineas Argentinas, American Airlines and United Airlines all offer up to daily flights between New York and Buenos Aires and since late Oct-2017 have provided more than 5,000 weekly seats in each direction on the city pair.

CHART – There are more than 5,000 seats in each direction between New York and Buenos Aires, roughly equally shared between Aerolineas Argentinas, American Airlines and United Airlines