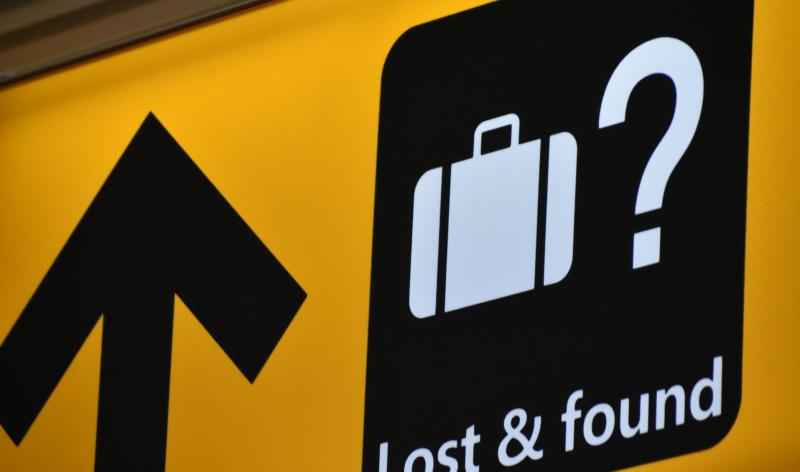 It has been a stressful past year as our daily lives have been turned upside down by the biggest global health crisis in modern history. But even before COVID-19’s arrival, many of us had become time poor, juggling multiple tasks and being in a hurry to get from A to B. In this rush we often discover valuable possessions are easily forgotten during our travels. Most commonly these include leaving ipads, mobile telephones, passports, wallets or keys in the seatback pocket of an aircraft in an airport lounge or hotel bedside table.

This week, our regular Friday feature ‘On the lighter side of life’ highlights recent findings from UK budget hotel chain Travelodge into some of the strangest items that were left behind across its portfolio of 563 properties in the last year. This was a period where the brand’s hotels suffered significant disruption as mobility restrictions forced occupancy levels to significant lows and in cases meant the closure of some hotels, yet its lost and found office still received an eclectic mix of items from its properties.

Among these were a life-size R2-D2 robot; a money tree bearing GBP50 notes to the value of GBP10,000; a William Shakespeare outfit and skull; a 6ft cuddly polar bear; a case of union jack face masks; a 60-year-old marriage certificate; a stethoscope; and an adorable Siberian Husky called Saskia to its list.

That is not all. Travelodge reveals that the unusual treasures also included: a 50-year-old football sticker book belonging to a devoted Liverpool FC fan; a message in a bottle which was a wedding proposal; a Cartier engagement ring; a suitcase full of board games; a DJI Inspire Drone; a valuable stamp collection; a philosophy, politics and economics degree from Oxford university; and a Swarovski wedding crown.

There’s still more. Other unusual items found in Travelodge rooms in 2020 included a baby grand piano; a diamond encrusted saree; a model of the city of London showing its main attractions; and even a set of miniature hot air balloons.

This year, as Travelodge kept some of its UK hotels open during both lockdowns to support key workers, local authorities and businesses that could travel for work, it says its hotel teams located at properties close to hospitals reported finding a range of interesting items left behind by customers in the medical profession. This has included a stethoscope being left behind by a doctor at High Wycombe Travelodge, a lab coat being left behind at Manchester Upper Brook Street Travelodge and a scrub set forgotten to be packed at London Central Kings Cross Travelodge.

The hotel team at Chelmsford Travelodge went the extra mile to reunite a customer who was a nurse with her precious diary that documented her professional career throughout the COVID-19 pandemic to date. Also a large box of Union Jack printed face masks were left behind at London Central Waterloo Travelodge Plus.

The lost property audit also reveals that items associated with weddings still dominate the Travelodge lost and found bizarre inventory list. This includes a money tree bearing GBP50 notes to the value of GBP10,000 which was left behind by a forgettable bride’s mother at Birmingham Central Bullring Travelodge. It was discovered that it was a family tradition for family members to attach GBP50 notes as a gift onto a miniature tree which is then presented to the bride and groom at their wedding ceremony.

Travelodge reveals that one forgetful bridesmaid staying at Burford Cotswolds Travelodge forgot to take a 3ft Italian diffuser bottle to the wedding reception venue which had been especially imported over from Florence, Italy for its bespoke fragrance of lemon, orange flowers, rose, jasmine and wood. Luckily the hotel manager arranged for the diffuser to be safely transported to the venue ahead of the bride arriving.

Apparently, a groom staying at Edinburgh Central Travelodge had to send a courier to pick up his wife’s surprise wedding present that he had forgot to pack – a 6ft tall cuddly polar bear. Whilst the hotel manager from Gatwick Airport Central Travelodge PLUS had to literally jump queues, to reunite newlyweds with their first class tickets to the Maldives.

An elderly couple staying at Cardiff Atlantic Wharf Travelodge who were celebrating their 60th wedding anniversary forgot their framed marriage certificate, reveals Travelodge. Meanwhile, a housekeeping team member at Leamington Spa Travelodge got quite the surprise when they found six life-size nutcracker soldiers standing to attention when she entered a room to clean it. An events coordinator who had been staying in the room had forgotten to take the soldiers for a Christmas themed wedding she was organising.

Forgetful business travellers have also left behind an array of expensive and interesting items. In 2020, this included keys to a brand new Bentley car being left behind at Chester Central Bridge Street Travelodge. A guest staying at London City Travelodge Plus forgot his bespoke MOVA metallic globe which highlighted his world-wide companies and sent his PA to collect it.

Many of the lost items had a massive value. A stockbroker staying at London Central Bank Travelodge forgot a file which contained GBP500,000 share certificates whilst a construction boss was devastated when he left behind his lucky personalised Hilti drill at Solihull Travelodge. Not everything had a huge financial value though. A CEO staying at Aberdeen Central Justice Mill Lane Travelodge missed his flight home as he had to return back to the hotel to pick up his lucky penny that he has been carrying around for 40 years, according to Travelodge.