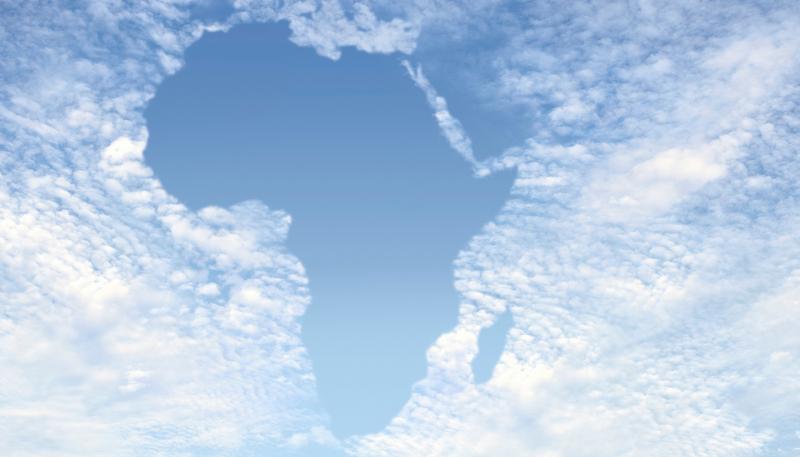 Africa, the continent often described as being the last frontier for air travel development, but one that has seen bitterly slow progress with government intervention, visa restrictions, high taxation and poor infrastructure among the many problems that have inhibited growth.

The huge scale of the Continent, together with its poor ground infrastructure means that air travel is the best option for even short regional hops in Africa, let alone connecting major cities across the Continent. But even before today’s Covid influenced world, even flying from one side of Africa to the other could entail a lengthy connection, often via Europe or the Middle East. In fact, even flying between neighbouring countries could entail a connection via a third that is further away.

Research from African Airlines Association (AFRAA), Africa’s airline trade association, perfectly highlights the poor intra-African connectivity. While intra-connectivity is relatively high within Northern Africa, connectivity across regions remains poor. The highest rate is between northern and western Africa. Southern Africa is the less connected with other regions, particularly with the west of the continent.

The table below highlights the percentage of direct connections existing between all the countries within a region or toward another African region in relation to the total number of possible connections.

We still question what is any different there to what we have been discussing for years, decades even! We know the potential for building a better air transport network across the vast Continent is massive, but is there genuine appetite to deliver this by the stakeholders that will ultimately decide if we can turn years of discussions into firm actions? Has the COVID-19 crisis changed anything?

African Airlines Association (AFRAA) reported African airlines lost USD2.6 billion in 1Q2021 due to the coronavirus pandemic and anticipated a similar level of losses of for 2Q2021.

International Air Transport Association (IATA) has warned of tepid demand” and predicted at the start of the year that the local industry would only hit 38% of 2019 levels in 2021. Fortunately, it appears that may prove to be a conservative estimate.

Africa’s aviation industry hasn’t been in the best of health for a long, long time and the Ethiopian Airlines Group CEO acknowledged this in the interview. In Ethiopian Airlines’ case, a swift switch to freight operations has helped weather the worse of the crisis, plus a strong performance during the 2010s when the carrier was one of the few profitable airlines in Africa, has built a strong foundation for today’s more troubled circumstances.

Kamil Alawadi, IATA’s regional vice president for Africa and the Middle East said during a press conference on COVID-19 and civil aviation organised by the World Health Organisation (WHO) regional office for Africa that airlines in Africa have lost an estimated USD7.7 billion as the restrictions put in place by governments to combat the spread of Covid-19 have led to a drop in traffic. Seven million employees have suffered as a result, while eight airlines have gone bankrupt in Africa, according to Mr Alawadi.

Africa was expected to bear the brunt of the COVID-19 pandemic. Scientists described it potentially as a “ticking time bomb” for the continent due to the fragility of some countries’ healthcare systems, crowded cities and the existing big public health issues, namely malaria, TB and HIV. In May-2020 the World Health Organization had predicted that nearly a quarter of a billion people across Africa would get infected due to being home to a population disproportionately affected by infectious diseases. Fortunately, that has not proved to be the case.

This may be due to lack of testing - we had seen significant spikes in other parts of the world in the autumn as testing become more commonplace – but there is no definitive reason why. Maybe the climate, a younger population, living habits, even previous exposure to pathogens. It could also be due to the fast and strong action taking by governments. After decades attempting to break down borders, restrictions were quickly re-installed. The ongoing fear of COVID-19 means these are becoming even harder to breakdown.

Although most African countries have fully – in a few cases – or partially – in the majority – reactivated their air connectivity, there are still migration restrictions in the vast majority of them. For some though the freeze in air transport activity continues.

The problem is most of the initial supply of COVID-19 vaccines have been pre-ordered by wealthy nations. This occurred even before the safety and efficacy data was made available. In the 1990s it was six years after antiretroviral (ARV) treatment for HIV/Aids was introduced in the US for it to reach the continent, despite it having a much bigger population of people infected. The Covax facility, an initiative of the WHO and the Vaccine Alliance, aims to overcome this time lag and equitably distribute COVID-19 vaccines across the world.

RwandAir CEO Yvonne Manzi Makolo stated at the Jul-2021 edition of CAPA Live that vaccination levels across the African continent "is very worrying and gives us a lot of concern in the aviation industry ". Ms Makolo added: "We really want to see a situation where we still allow people to travel... as long as they have a negative COVID certificate and the ones who are vaccinated can be allowed to travel freely. But we have to allow for both. That's the only way we can have some level of certainty in terms of the restart of the industry".

Ms Makolo stated the airline had resumed most of its African routes. "We really want to focus on connecting Africa even better than we were before. We believe that there's a lot of potential in terms of linking African markets to each other and beyond the African continent," she said.

African air passenger traffic is estimated to have reached 42.9% of Jul-2019 levels in Jul-2021, while capacity reached 53.7%. AFRAA commented: "Passenger traffic volumes remain low due to the inconsistencies in the messaging regarding border closures, health protocols and continued surge in COVID-19 infections in some countries". As in other parts of the world, domestic markets, at 64% of Jul-2019 traffic levels, continue to perform better than the intra-Africa (22.9%) and intercontinental (13.1%) markets. Seat capacity levels reached 50.2% for domestic, 27.3% for intra-Africa and 22.5% for intercontinental.

"2021 will be another difficult year," said Abdérahmane Berthé secretary general of AFRAA during the Jul-2021 edition of CAPA Live. “Air transport is very important for African economies… even if airlines are not profitable, their contribution to the GDP, and also in terms of job creation, is very, very critical and important for the African continent".

The recent "surge" in COVID-19 infections in Africa "is really worrying", said Mr Berthé with the Delta variant of COVID-19 described by AFRAA as “a threat to the safe and smooth reopening of borders".

"The rate of vaccination is still very, very low," highlighted Mr Berthé. "Governments need really to speed up the rollout of vaccines across the continent" and commented: "It's very important to have a good level of vaccination for the recovery of the industry and bring confidence to passengers and stakeholders".

Africa had been slowly breaking down barriers between countries as it seeks to final deliver a long promised liberalisation. While the world has changed around us over the past year, it is still too early to see if Africa’s aviation industry will take the opportunity to reset and adapt. Reverting to normal is no longer a real option and the opportunity to finally reinvent Africa’s air transport strategy must be the future path.