Palawan tourism to surge as new airports are opened. Will you visit? 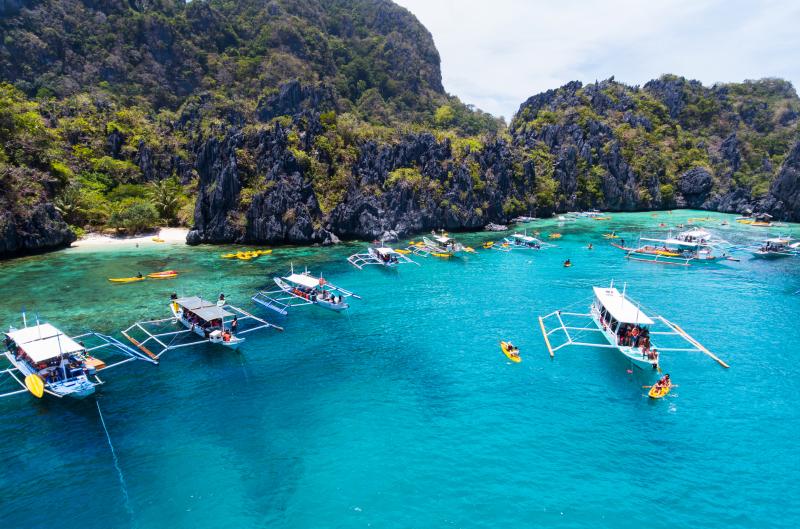 The Philippine island of Palawan should experience a surge in visitor numbers over the next several years as new airports open.

Palawan, known for its white sand beaches, has long been a popular holiday destination for domestic tourists. But accessibility has been a challenge, particularly for attracting international tourists.

An international terminal at Palawan’s largest airport, Puerto Princesa, opened in 2017. The Palawan government has submitted a proposal to the Civil Aviation Authority of the Philippines to develop a second international airport at Taytay in north Palawan.

Taytay is less than two hours’ drive from El Nido, a popular tourist town at the north end of Palawan island famous for its beaches and dive sites. Puerto Princesa is centrally located in Palawan but is a five-hour drive from El Nido.

El Nido has a small airstrip that can only accommodate small turboprops and cannot be expanded. El Nido is currently only served by small independent regional airlines operating small aircraft.

Puerto Princesa is served by all three main airline groups in the Philippines – AirAsia, Cebu Pacific and Philippine Airlines. It is the only airport in Palawan that can accommodate narrowbody jets but there are limited international services.

On 10-May-2018, Palawan inaugurated a new airport at San Vincente, an emerging tourist town in north Palawan and roughly halfway between Puerto Princesa and El Nido. The airport expects to begin handling scheduled commercial flights in Jun-2018, starting with service from Philippine Airlines. Cebu Pacific is also reportedly looking at launching services to San Vincente.

San Vincente Airport initially opened to small turboprop aircraft and general aviation in 2017. It is currently served by Air Juan with Cessna Caravans.

Palawan province now attracts over 1 million visitors per year. Tourism is critical to the economy in the province, which has a population of less than 1 million.

Palawan province is aiming to soon reach 2 million annual visitors, which would equal the number of visitors to Boracay from 2017. Boracay is the most popular resort destination in the Philippines but the island is currently closed for six months for rehabilitation. Palawan should benefit from Boracay’s closure and could become the most popular destination in the Philippines for visitors after the main cities of Cebu and Manila.

Palawan province includes several smaller islands in addition to main island of Palawan, which is over 400km long. Busuanga, the second largest island in the province and located about 100km north of El Nido, is also a popular tourist destination.

Busuanga has the second largest airport in Palawan province, after Puerto Princesa. Busuanga is served by Cebu Pacific and PAL but has a relatively short runway, which can only accommodate turboprops. Cebu Pacific serves Busuanga with ATR 72s operated by regional subsidiary Cebgo and PAL Express uses Dash 8s operated by PAL Express; Philippines AirAsia is unable to serve Busuanga, or any destination in Palawan province besides Puerto Princesa, because it only operates A320s.

Palawan has huge tourism potential, offering uncrowded pristine beaches and coral reefs. However, the opening of more airports with full length runways and international facilities are needed for the province to fully meet its tourism aspirations.