Passenger numbers into Sydney increase, particularly from Indonesia, Japan and India - fueled by competition and those massive hubs. 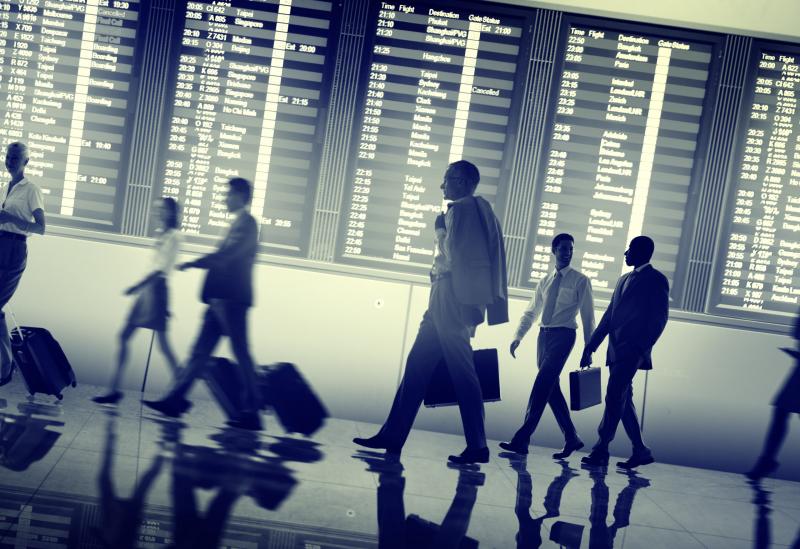 2016 was a good year for Sydney Airport with the number of international arrivals rising by 8.9%.

“8.9% was the fastest growth rate we’ve experienced in 12 years and the strongest total passenger traffic growth for six years. We’re proud to have worked with our airline and tourism partners to support aviation and tourism growth in Sydney and NSW, adding almost 2.5 million incremental seats in 2016.”

Great food, furry koalas but most of all safety underpins tourist demand from Asia…

According to Tourism Australia data, not surprisingly tourism continues to be the main reason nationals from Indonesia, Japan and India choose to visit Australia, with Sydney being the country’s leading inbound tourist gateway. An exploding middle class, particularly in Indonesia and India has increased disposal incomes and increased the appetite for travel, as well as healthy ongoing demand from those visiting friends and relatives, especially India where it counts for 41.0% of inbound traffic according to Tourism Australia.

When it comes to what factors determine their choice to visit Australia, safety tops the list. Safety and security fears have a massive impact on tourism with Sydney able to capitalize on its global reputation for being a secure place to visit. The figures support this, with Tourism Australia data showing that 55.0% of Indonesians rate safety and security as the dominant reason for choosing a holiday destination with similar figures coming out of Japan (at 54.0%) and India (at 47.0%).

Sydney’s natural beauty and cosmopolitan lifestyle also play an important role with 47.0% of Japanese nationals listing ‘good food and wine’ as a reason for visiting a city and 41.0% of Indians listing seeing ‘world class nature’ as their motivator for travel, according to Tourism Australia data.

…but in the end, demand is also fueled by competition and those massive hubs

Another factor driving demand is price and affordability and this is linked to the number of seats available for sale.

Normally, as the number of seats available in a particular market increase, fares decrease with airlines more willing to discount in order to fill capacity. Given the massive 45.6% year-on-year increase of inbound Indonesians travelling to Sydney in Dec-2016, we’d expect that the number of available seats for sale between Indonesia - Sydney would have also increased for the same period. But in 2016 the opposite happened with capacity from Indonesia to Sydney actually falling year-on- year. The Dec-2016 peak of 9,664 seats for the last week of that month was nearly 1000 seats lower than the 10,526 seat peak reached a year earlier in Dec-2015 when Indonesia Air Asia X was flying from Bali to Sydney direct.

Seats available per week between Indonesia and Sydney (2011-2017E)

The simple explanation is that many Indonesians chose to fly to Sydney indirectly via hubs in South East Asia such as Singapore and Kuala Lumpur.

Singapore Airlines, after Garuda Indonesia, is the second most popular airline for Indonesians travelling to Australia with 15.0% and 40.0% market shares respectively with bigger slices of the Indonesia market than Australian competitors Qantas, Virgin Australia and Jetstar.

The key is connectivity. Out of Indonesia, Singapore Airlines flies from Jakarta, Denpasar and Surabaya using its own aircraft. Its codeshare partner Silkair flies also from 10 cities in Indonesia meaning, for example, that a passenger in Medan can fly one stop to Sydney via Singapore, the Singapore- Sydney leg potentially being on an A380.

Singapore Airlines, with subsidiary Silkair, is able to exploit a large regional network to compete with market leader Garuda Indonesia out of Indonesia by offering one stop options to Sydney through its luxurious shopping mall-come-airport terminal at Changi. Given its size and the volume of seats available for sale, its able to compete strongly on price too.

Speaking of price, Air Asia, while no longer flying directly between Indonesia and Australia, offers highly competitive fares from Indonesia to Sydney via its Kuala Lumpur hub at prices Qantas, Virgin and Jetstar can’t sustainably match given their higher operating costs.

Skyscanner.com shows Air Asia offering return fares from Jakarta to Sydney in early March for the equivalent of AUD492 against AUD949 with Garuda (via Bali) and AUD922 for Qantas (via Singapore). Singapore Airlines comes in at AUD803 (via Singapore).

Looking forward, the competitive pressure in the Indonesia - Australia market is set to intensify as local Indonesian carrier Batik prepares to commence services, initially from Bali, into Sydney and Melbourne and Tiger continue to grow their services into Australia taking over from parent Virgin Australia.

The South East Asia hubs are even more important to India. But the Japanese are more faithful to their own airlines.

The South East Asia hubs are also dominating the India - Australia inbound market. Tourism Australia data shows Singapore Airlines, closely followed by Malaysia Airlines as the top two airlines used by Indian nationals flying to Sydney with 29.0% and 21.0% market share respectively. Air India, which flies direct from Mumbai to Sydney daily on a 787 dreamliner comes in a distant third at 12.0%.

The Japanese however are more faithful to local carriers Japan Airlines and newly returned ANA who, combined with Qantas dominate the Japan- Australia market. Hub carriers such as Singapore Airlines have been unable to get the same traction in the Japan-Australia market as they do in Indonesia and India – mainly due to the market dominance of local carriers at both ends of the Australia – Japan market.

So with inbound traffic rising, particularly from Asia and India, but also from the US; and with Australia continuing to be a safe and interesting destination for visitors, we will continue to see growth underpinned by a healthy demand for competitive fares using indirect itineraries through this region’s massive hubs. For South East Asia, those continue to be Singapore and Kuala Lumpur with legacy carriers such as Singapore Airlines facing increased competition from low cost rivals such as Air Asia and Tigerair. And while the days of ‘flying direct’ are far from over, hub airlines will continue to play an important role in keeping competition high. And fares low.