Pepper the Robot – Coming to an airport near you 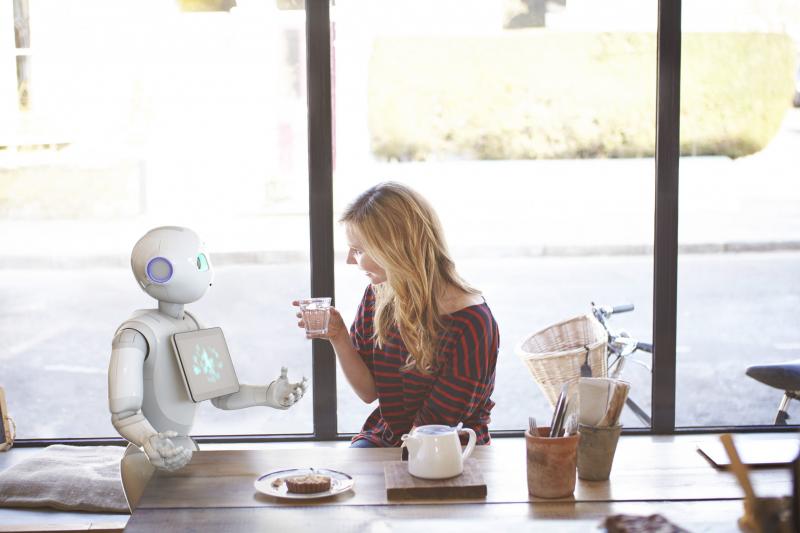 If you haven’t heard of Pepper the Robot, you soon will. Pepper is the world’s first personal and emotional humanoid robot (yes you heard correctly, humanoid robot), who is set to take over the world. Airlines, airports, cruise companies and even restaurants around the world are beginning to introduce this artificial creature to improve the customer experience.

According to the creator, Soft Bank Robotics, Pepper “is unique; a loyal friend, family member, retail assistant and a kind accomplice. Are you sad, angry, happy? By the tone in your voice, the expression on your face, in your gestures and through the words you use, Pepper will progressively learn to detect your mood and adapt his behaviour to relation to it. Pepper’s main objective is to communicate with you. He has a certain personality and expresses his own ‘emotions’ through the colour of his eyes, his gestures and words he uses.”

In Jan-2017, global restaurateur HMSHost launched a pilot program with Pepper at the Oakland International Airport. Pepper greeted and engaged with guests at HMSHost’s Pyramid Ale Taproom in Terminal 2, offering assistance, menu recommendations and directions to travellers, beginning their journeys with a memorable encounter.

Most recently, EVA Air unveiled (07-Jun-2017) an upgraded version of the interactive robot, which was released at Taipei Taoyuan Airport. Pepper now scans boarding passes and retrieves information in various languages regarding flights and weather at destinations.

The robots are scheduled to enter service at the carrier’s international check-in counters at Taipei Songshan Airport and in the lounges at Taipei Taoyuan in the near future.

EVA Air launched the original version of Pepper in Dec-2016 and the robot has interacted with more than 30,000 passengers. EVA plans to build a conversational database for Pepper in the future to allow it to "chat" with people.