Pick a number, any number! Bill Gates says we could lose over 50% of business travel: it would take the potential scale of the COVID crisis to new heights for the corporate travel sector 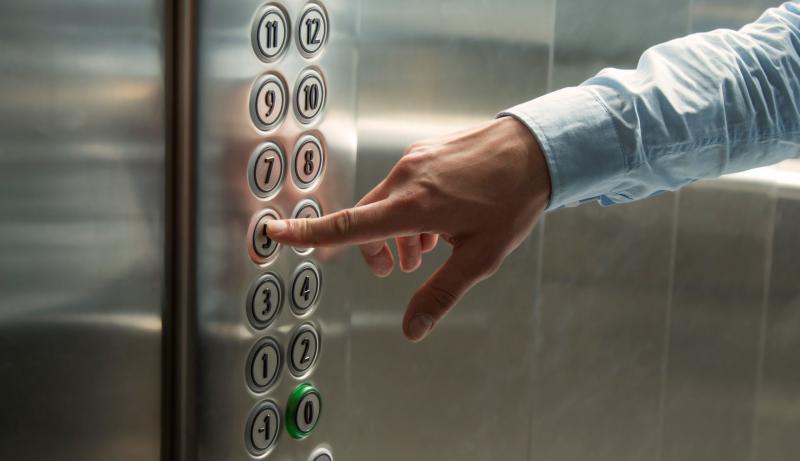 When Microsoft co-founder Bill Gates said this week that “over 50 per cent of business travel and over 30 per cent of days in the office will go away” it may have come with a little personal bias. His comments at the New York Times’ Dealbook conference could see us questioning future travel and make better use of technology, something that would obviously appeal to the business magnate. After all, Microsoft has already seen its Teams videoconferencing platform see active users grow almost four-fold since early Mar-2020 from 32 million to over 115 daily users.

But could we really lose half of business travel and around a third of regular office travel in the future? In the short-term, for sure, but the numbers seem a lot higher than many have predicted as start to look beyond 2020. But they could ultimately turn out to be accurate. The problem is we still don’t know just how much of a shock COVID-19 has caused to the corporate travel sector.

There is no doubt that technology adoption will make a difference, but despite its obvious benefits we are increasingly hearing stories of videoconferencing fatigue and eager business travellers desperate to get back on the road and in the air.

The type of business travel where it's important to fly somewhere to physically sit in front of someone else to discuss something in person won't be the "gold standard" anymore, explains Mr Gates, who predicts most companies will have a "very high threshold" for doing those types of business trips in the future.

“We will go to the office somewhat, we’ll do some business travel, but dramatically less,” says Mr Gates. When it comes to working from home, he says some companies “will be extreme on one end or the other" but in general there will always be a way to work from home.

The views from Mr Gates follows the release of a Bank of America study in Oct-2020 that warned that business travel won't rebound until "late 2023 or in 2024". The analysis found that 75% of companies expect to be back in the office by mid-2021, and 83% of business travellers expect to travel at some point in 2021. But the scale remains unpredictable and hoteliers, airlines and travel managers especially, are not expecting a quick return.

Bank of America estimates that while we could be heralding the return of business travel flows in the short-term, the sector won't fully recover from a revenues perspective until late 2023 or in 2024. The major US airlines are taking a bullish view on business travel for the long term.

Despite the still dismal near term outlook for corporate travel, the US major airlines are seeing some encouraging signs emerge amongst their corporate clientele, and are in near agreement that video technology will not replace business travel over the longer term. Read our related report: US majors take bullish views on business travel for the long term, even if the short-term vision remains cloudy

If the predictions from Mr Gates turn out to be true for the medium- and long-term then it could ultimately entail a complete structural change for the aviation industry, where business travellers have been a key component for many airlines. And while the legacy airlines will be hit the hardest, even the rising number of LCCs will face some downward pressure as it is clear that a large part of premium revenues is going to be lost from corporate travel.

In fact United Airlines is already seeing some changes to business travel structures, but not necessarily directly related to COVID-19, but from an environmental and sustainability perspective. Its CEO Scott Kirby expects demand will begin to recover “in earnest” from the end of 2021 and start of 2022, with business demand to “come back to normal” in 2024. He terms business travel as the “bread and butter” of United in the past and that will remain the case in the future as he foresees the carrier emerging “as the world’s number one business class airline” post-pandemic.

At an investor conference this week United officials suggested that as part of the industry reset big corporations could look to put their corporate travel spend into airlines with a strong ESG programme as environmental, social, and corporate governance look set to become central factors in the future outlook. Michael Leskinen United Airlines Holdings vice president of corporate development and investor relations revealed that conversations with larger businesses are indicating a need for airlines to prove their ESG responsibility.

While on the leisure front he acknowledged “it’s harder to tell when is a customer willing to spend USD5 or USD10 more to buy an air ticket that has a carbon-neutral footprint versus one that does not right now” road warriors don't necessarily think about it that way because they “understand the difference in the product”.

United, he said, is working to do this in a cost-effective way to figure out a path to incentivise the right technologies that puts it “on a footing to decarbonise United and eventually decarbonise the industry.” According to Mr Leskinen that would set United “apart from competitors” and ”drive greater cash flows” as the US major becomes positioned as a “preferred airline” for “these corporates that increasingly care about it”.

Things will certainly look different in the future, even if, as Mr Gates forecasts, the business travel industry proves to be halved in size. But an increased focus on sustainability will make it a ‘better’ industry.

The travel and tourism sector accounts for more than 10% of global GDP and a similar level of global jobs. Business travel makes up a significant portion of that – around one in every five trips is work-related – and had been expected to grow into a USD1.6 trillion industry this year. We will be a long way short, but even if we have half that level moving forward, that will still represent a very significant and high value sector of the economy.