Premium Economy: A valuable asset to airlines but not every product is the same 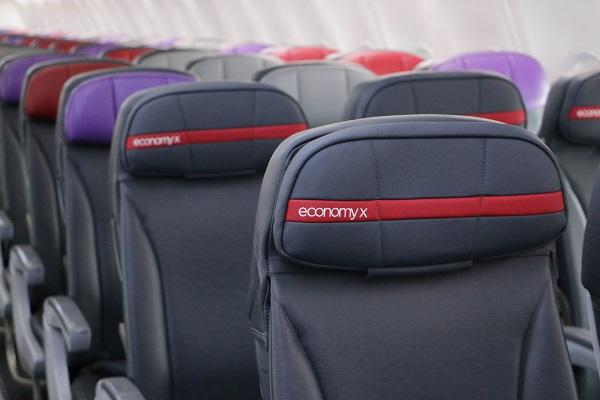 Premium economy continues to be a key opportunity for carriers the world over. More and more airlines have introduced this important class into their aircraft to improve yields and assist with competitive load factors.

As part of its recent investor day in May-2017, Qantas discussed its commitment to premium economy via its new Perth-London nonstop service which will include a new premium economy seat design onboard the Boeing 787-9 Dreamliner. The carrier plans to configure its 787-9s with 42 business, 28 premium economy and only 166 economy seats. That is a total percentage of 11.9% of total seats. According to the CAPA Fleet Database, that is an increase from the 7.2% on its current A380 and 9.9% of the older 747s.

Singapore Airlines (SIA) SVP finance Stephen Barnes also recently discussed the importance of premium economy, stating that SIA had "slightly fewer ASKs" year-on-year in 2016, despite the airline operating around 1.2% more frequently. Additional services did not compensate for a reduction in seats on many aircraft with the roll out of premium economy cabins. Mr Barnes said the introduction of premium economy "helped to shore up" declining yields by reducing seat numbers. Passenger unit costs decreased 3.5% in 2016, "not quite compensating" for the 3.8% drop in yield and leading to a 0.2ppt increase in the breakeven load factor to 86.1%. Mr Barnes believes the carrier has not been able to achieve load factors "anywhere like the mid-80s" in the last five years and stated: "In fact, we've consistently been operating, from a flown revenue perspective, below breakeven load factor". SIA have so much faith in this type of services, the carrier has even alluded to the introduction of an A350-900ULR, due for delivery in 2018, which will include a mix of business class and premium economy cabins only, no economy.

It’s clear that the airlines believe there is value in premium economy but what does it mean for the traveller? As previously reported by Blue Swan, we took a road test of Air New Zealand’s premium economy offering from Auckland-Houston to experience the service first hand. As always we paid our own way, and the airline didn’t know we were coming, so it’s as authentic an experience as possible.

“Air New Zealand is a clever airline with a quirky sense of humour and a great service culture. The airline is also an innovator in passenger-centric offerings and technology. The check-in experience via the airline’s kiosks was smooth, and the welcome was warm on our arrival at the B777-200ER’s premium economy cabin. A crew member offered to hang my coat, and the seat arrangement (2-4-2 configuration) was very inviting. Instantly this conveyed the feeling that this would be closer to a Business Class experience than being just an Economy trade-up.”

To read the full account visit, Air New Zealand takes Premium Economy to the next level, but what about Lounge access?

According to our Blue Swan sleuth, the only downside to this whole experience was what happened prior to boarding. There is no lounge access for premium economy travellers with Air New Zealand – or indeed many airlines offering this class. The definition of premium economy differs greatly from one carrier to the next with some having dedicated food and beverage packages, extra baggage and priority check in. With this in mind, we thought it was time we put together a premium economy comparison of all major carriers in the region.

Users of the premium economy product are also quite varied and could include business people who are trading down due to tighter corporate travel policies, enthused leisure travellers trading up to get a better travel experience but still don’t want to splurge on business class and those frequent flyers willing to upgrade out of economy using points.

What classifies as premium economy will continue to be hotly contested between carriers for some time to come. The fight to have that differentiating “x factor” will benefit travellers greatly with new products and services updated and added all the time. Offering a competitive premium economy product and service seems like an easy way to build customer loyalty.