Risk concerns remain, but female solo travel is on the rise, and there are some unlikely hotspots for travellers 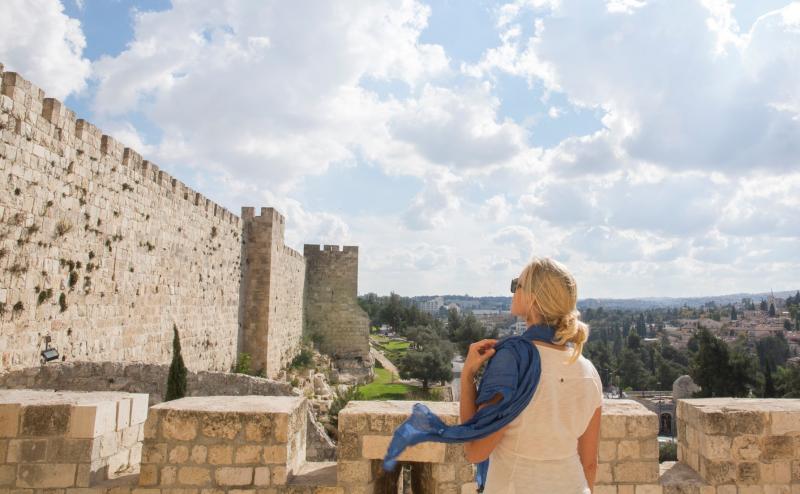 A survey from Capital Travel And Events from just a couple of years ago revealed that two thirds of women answered yes when questioned on whether or not they ever feel at risk when travelling, compared with just one fifth of men. Employers have become increasingly aware of their duty of care obligations for the business travel and those numbers will certainly have fallen in the corporate space.

In fact, travel agent, Tourlane, describes seeing “a meteoric shift in trends and attitudes in recent years” in general female travel. Google Trends reported a 131% increase in interest in female solo travel in 2019, suggesting that millions of women are now planning solo adventures each year, a lucrative market.

Tourlane has completed its own research into some of the markets that the ever-increasing number of women looking to embark on a solo adventure this year can visit. The hugely diverse range of cities from around the world include some household names, but also many locations that may surprise you.

The ranking of the world’s most female-friendly destinations is based upon eight categories: female representation in local businesses; gender equality in society; legal equality; safety; the price of female-friendly accommodation; the price of a taxi ride; mobile internet speed; and the price of a data plan. The scoring for inclusion and security was based upon the findings of the 2019 Women, Peace, and Security Index produced by the Georgetown Institute for Women, Peace and Security.

Interestingly, it was the Slovenian capital of Ljubljana that was found to be best city for female solo travellers to visit worldwide, according Tourlane, ranking highly across the inclusion, safety, travel and connectivity rating sections. It was one of nine European cities among the Top 15 as the continent dominated the top positions, including Vilnius, Lithuania in third; Tallinn, Estonia in fourth; Vienna, Austria in sixth; Stockholm, Sweden in eighth; Copenhagen, Denmark in ninth; and Barcelona, Spain in tenth.

Outside of Europe, Singapore was ranked in second spot having secured a safety rating of ten (this score was based on the number of women aged 15 and older who felt safe while walking home alone at night. A higher score equates to more women feeling safe).

Sydney, Australia was ranked fifth and Hanoi, Vietnam in seventh, the latter with a score of ten for representation (this score is based on the number of women aged 25 and over that are employed. A higher score reflects a higher number of employed women). 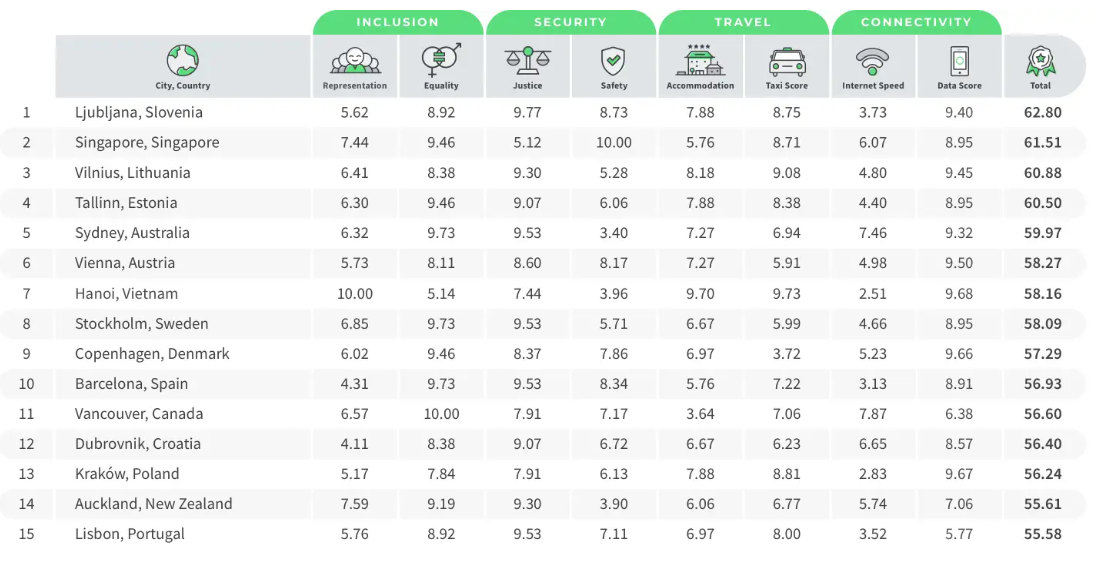