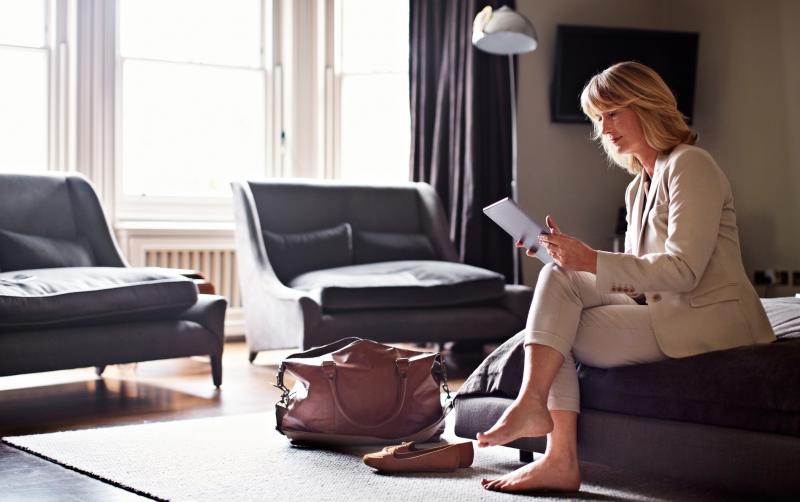 Inflation, easing restrictions, pent-up demand, staffing shortages, higher energy and food costs. These are all factors that point to higher hotel rates in 2023 across the board, according to a new report from American Express Global Business Travel (GBT).

As travel recovered across much of the world in 2022, largely driven by leisure, hotels have been able to increase their prices. While hotels can continue to benefit in 2023 from pent-up demand for in-person meetings and events, the global economic outlook is unlikely to allow them to achieve rate rises on the same scale as seen last year, notes the report.

From its extensive analysis, American Express GBT believes room rates are set to rise across every territory as hotels deal with inflation and seek to recoup at least some of the income lost during the travel shutdown and two years of rollovers.

With hotels experiencing the same talent shortages as the rest of the global travel industry, the report also highlights that buyers can expect properties to take longer to respond to requests for proposals and more hotels promoting dynamic pricing over static corporate-negotiated rates for the upcoming season.

The report looks in detail at potential changes in hotel rates at hotel prices in 25 global business hubs. It is the Argentinian capital Buenos Aires that is expected to see the highest rise in hotel room rates in 2023,  up almost a third, as the country continues to experience very high inflation.

In the context of high price rises across the general economy, Buenos Aires hotel rates are forecast to increase by +30%, it says with an Aug-2022 Central Bank of Argentina poll of analysts warning inflation could reach 90.2% in 2022, up 16.2 percentage points from the Jul-2022 forecast.

Major European business hubs could see rate rises in the high single-digits, and in the case of Paris into double-digits for 2023, according to the report. “As travel returns, the world is beating a path to Paris,” it says.

While inflation may soften leisure demand into 2023, rising costs, the improved quality of the city’s hotel inventory, and events including the Rugby World Cup and preparations for the Paris 2024 Summer Olympics, could see prices increase by +10.0%, according to the forecast.

Elsewhere in Europe, rate rises there are projections of a +9% increase in Stockholm, +8.5% in Dublin, and +7.5% in Amsterdam and Frankfurt.

With United Kingdom border restrictions lifted in Mar-2022 as the nation emerged from the worst of the COVID-19 pandemic, London saw an influx of international visitors. The city achieved its highest monthly room rates on record through spring and summer. Data shows that absolute occupancy was the city’s highest since Jul-2019.

The report suggests that pent-up demand for meetings and events is likely to support rate increases into 2023, while hotels will face inflationary cost rises for labour, energy, and other key inputs. However, potentially moderating rises, London has one of Europe’s strongest hotel construction pipelines.

No China observations, but rises in Banglaore, Hong Kong, Melbourne, Sydney and Tokyo

The report does not include a rate forecast for key business hubs in China as the situation in China with respect to health and travel restrictions means “there is insufficient transaction data” to generate forecasts for Chinese cities, according to American Express GBT.

It does though predict rises across other major Asia Pacific business hubs, including a +5.5% increase in Bangalore, though a rate that will be diluted by an increasing supply and the arrival of new international brands in the Indian city.

It can certainly be challenging to predict hotel rates after two years of significant travel disruption and uncertainty over the global economy. However, Hotel Prices 2023 still provides insights to assist travel buyers and with their planning and negotiations, helping them implement an effective travel strategy to support business objectives.

To generate the research, the American Express GBT data science team has combined historical transaction data from its data lake with macroeconomic factors using the Prophet algorithm, a model favoured when there are strong seasonal effects and several seasons of historical data. It was also developed with the company’s Global Business Consulting (GBC) team helping to identify local influences shaping rates.

Today’s hotel sourcing landscape is beset by challenges. As outlined in Hotel Prices 2023, non-last room available (NLRA) is rising as a proportion of bids as hotels try and increase revenues. Increasingly, the big chains are promoting dynamic pricing over static corporate negotiated rates. Corporate travel managers and buyers are reporting difficulties securing accommodation where and when they need it.

GBC advises travel managers and buyers to shop around, shine a light on what’s happening across travel programmes, be ready to show they mean business, build relationships with the hotels needed in programmes, and in a more sustainable environment, stay green.