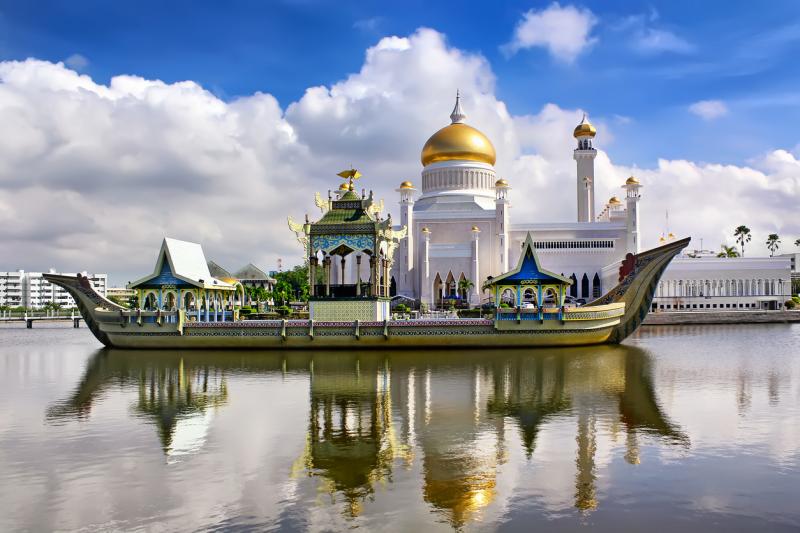 Royal Brunei Airlines is inching closer to the launch of nonstop services on the Brunei-London Heathrow route, resulting in a one-stop product in the Melbourne-London market, following the signing of a contract for 787-8 crew bunk retrofits.

The Blue Swan Daily and CAPA reported in Sep-2017 that Royal Brunei was considering upgrading its daily Brunei-London service to nonstop in 2018. The flight currently stops in Dubai in both directions, resulting in a two-stop product in the Melbourne-London market.

Melbourne is currently Royal Brunei’s only destination in Australia and one of only three year-round long-haul destinations along with Dubai and London. Royal Brunei relies on London to support the Melbourne-Bandar Seri Begawan route, which had an average load factor of only 71% in FY2017. Royal Brunei captures approximately a 13% share of total Melbourne-London traffic but the current two-stop product means it has to accept very low yields.

Boeing announced at the Singapore Airshow on 6-Feb-2018 an agreement between Boeing Global Services and Royal Brunei, covering five 787-8 overhead flight crew rest retrofits. Boeing said the retrofits will be completed at its Shanghai maintenance facility and enable the airline to operate long-haul routes.

Most 787s are delivered with crew bunks but some operators decide against the option if they do not intend to use the aircraft for any long-haul flights. The crew bunks are above the cabin in an area that is not otherwise used however an empty space in the cabin is required for hatches, therefore resulting in fewer passenger seats.

Royal Brunei’s 787-8s currently have 254 seats including 18 lie flat business class seats and 236 economy seats. Royal Brunei will likely need to reduce its business class cabin by two seats and its economy class cabin by three seats to make room for the hatches required to access the two new crew bunks (one for pilots at the front and one for flight attendants at the back).

The loss of five seats is not significant given Royal Brunei’s low average load factor and the fact that upgrading London to nonstop should improve the airline’s average yields and overall position. Upgrading Bander Seri Begawan-London Heathrow to nonstop should particularly enable Royal Brunei to attract more Melbourne-London traffic and improve its yield in this highly competitive market.

As outlined in the prior report, Royal Brunei also has been looking at resuming services to Brisbane using its new A320neo fleet. Brisbane is only viable if the airline is able to attract significant Brisbane-London traffic, which becomes more feasible with a nonstop from Brunei to London.

Royal Brunei plans to continue serving Dubai as a turnaround flight if London is upgraded to nonstop. The airline will need to attract more sixth freedom traffic to and from Dubai to support the new turnaround flight but this should be achievable by more heavily promoting connections to destinations such as Manila and Surabaya.

Royal Brunei’s current London one-stop flight departs Brunei at 845pm and lands at Heathrow at 6:50am the following morning. The return flight departs Heathrow at 5:05pm and lands back in Brunei at 5:25pm the following evening. If the same slots at Heathrow are maintained, the new nonstop flight will depart Brunei about two hours later and land back in Brunei about two hours earlier. Royal Brunei will need to reschedule several flights including Melbourne to maximise connections with the new London nonstop service, or swap slots at Heathrow to keep the same landing and departure times at Bandar Seri Begawan.