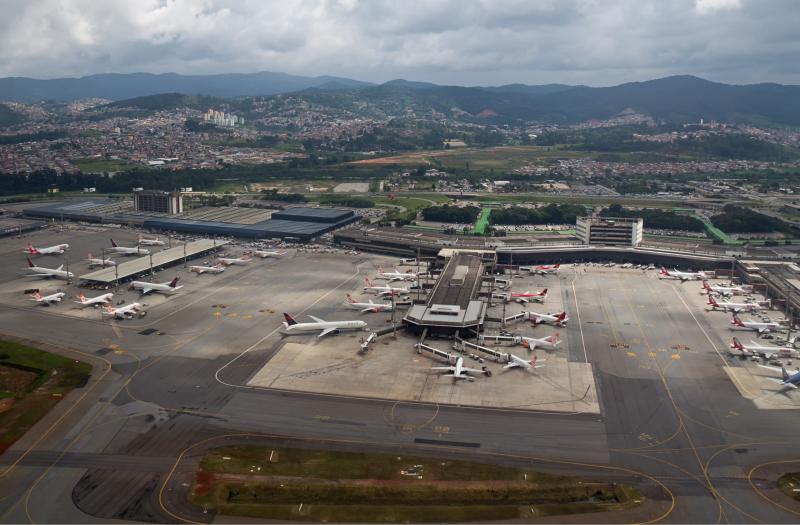 Campinas Viracopos in Sao Paulo state remains the largest base for Brazilian LCC Azul Airlines, but Sao Paulo Guarulhos is refreshing its terminal one as Azul’s presence grows at that airport.

Data from CAPA and OAG shows that Guarulhos is Azul’s third largest base measured by seat deployment, representing roughly 8% of the airline’s total system seats. Azul is Guarulhos’ third largest airline based upon seat allotment, with a 12% share. LATAM Airlines Brazil and GOL are the airport’s largest and second largest airlines with seat shares of 41% and 26%, respectively.

Speaking to CAPA TV at the recent CAPA Latin Aviation and LCC Summit in Curacao, Guarulhos’ head of airline business Joao Pita noted that Azul is basically doubling its operations at the airport, with close to 60 departures a day “and some days even more”.

Azul is the only airline using terminal one at Guarulhos, and Mr Pita explained the airport is “doing some work there to improve the passenger experience” in that space, including a new food court utilising the mezzanine space, and a new apron that will accommodate up to six widebody aircraft.

Mr Pita told attendees at the Summit that the “forecast is positive” for the Brazilian domestic market, but the international market is somewhat sluggish, driven by the devaluation of the BRL.

Data from Brazil’s government show that domestic passenger levels in Brazil for the first nine months of 2019 held steady, notching up +0.7% to 62 million.

LEARN MORE... Sao Paulo Guarulhos International airport head of airline business Joao Pita outlines passenger growth for 2019, as well as offering insight into how airlines have quickly filled the void created by Avianca Brasil’s exit in this interview recorded on the sidelines of the CAPA Latin America Aviation & LCCs Summit in Curacao in Sep-2019.