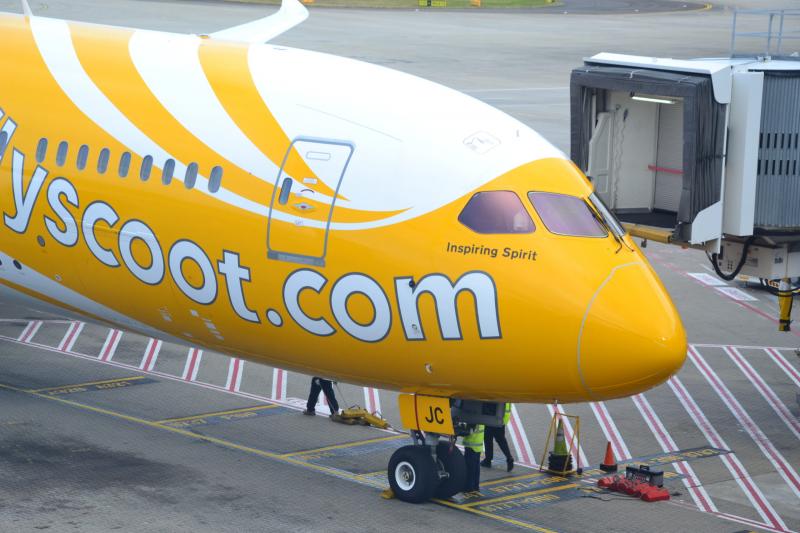 Scoot is launching flights to Berlin this winter and is offering return fares from Australia starting at approximately AUD800 including taxes. Scoot is selling Berlin from all four of its Australian markets – Melbourne, Gold Coast, Perth and Sydney – but only Sydney has reasonable layover times in Singapore in both directions.

On 20-Jun-2018, Berlin will become Scoot’s second destination in Europe when it launches four weekly flights from Singapore. Scoot launched Singapore-Athens, its first route to Europe and first true long-haul route, in Jun-2017. Athens is served with four weekly flights during the peak northern summer months and two or three weekly flights the rest of the year.

Scoot has been promoting Athens in the Australia market since sales began in 2016. Scoot recently launched a marketing campaign and promotional fares for Berlin from Singapore and select markets beyond Singapore including Australia. Return economy fares from Singapore to Berlin are available from approximately AUD600, while Australia-Berlin return fares start at approximately AUD800 (for travel on select dates from late June until October). Return fares on ScootBiz, which is essentially a premium economy product, start at over AUD1700 from Singapore and over AUD2000 from Sydney.

Athens, and now Berlin, are the only destinations in Europe that are available from Australia with a single low-cost airline. There are several all-LCC Australia-Europe itineraries available by switching between two airlines (for example Scoot to Norwegian) but these itineraries are generally not the lowest cost option as they involve purchasing separate tickets. Scoot Australia-Europe fares are based on an origin and destination pricing model, rather than a sum of sectors; under sum of sectors, LCC flights are often more expensive than an FSC option on the same city pair.

Connecting between two different LCCs also can be inconvenient as passengers need to clear customs at the transit airport and recheck bags. Scoot offers a check-thru service when flying between two Scoot flights and also when connecting to Singapore Airlines or SilkAir.

Transit times from Sydney to Berlin is not ideal but reasonable given the low fare. From Sydney to Berlin there is a 5hr15min layover in Singapore two days per week, resulting in a total transit time of 26hr55min. The Singapore-Berlin flight departs just after midnight and connects with Scoot’s 1230pm departure from Sydney, which operates four days per week (connecting with Berlin two days). Scoot has an evening departure from Sydney the other three days which lands in Singapore too late to connect with the new Berlin flight (and is too late to connect with Athens).

Scoot also serves the Gold Coast and Perth but connections to Europe are limited. From the Gold Coast, the layover time in Singapore is several hours to both Athens and Berlin. On the return, it is even longer at approximately 18 hours.

Scoot’s promotional Australia-Berlin fare is at least AUD500 lower than full service fares. Australia-Berlin is not a very competitive market as only one of the Gulf carriers, Qatar Airways, serves Berlin due to bilateral restrictions. Qatar’s Sydney-Berlin fares start at approximately AUD1300.

Sydney-Athens is a more competitive market and is served by all three Gulf carriers. Low full-service fares, Scoot’s lack of frequency and long layover times has made it hard for Scoot to penetrate the Australia-Greece market. Scoot should have more success with Australia-Berlin, particularly from Sydney.