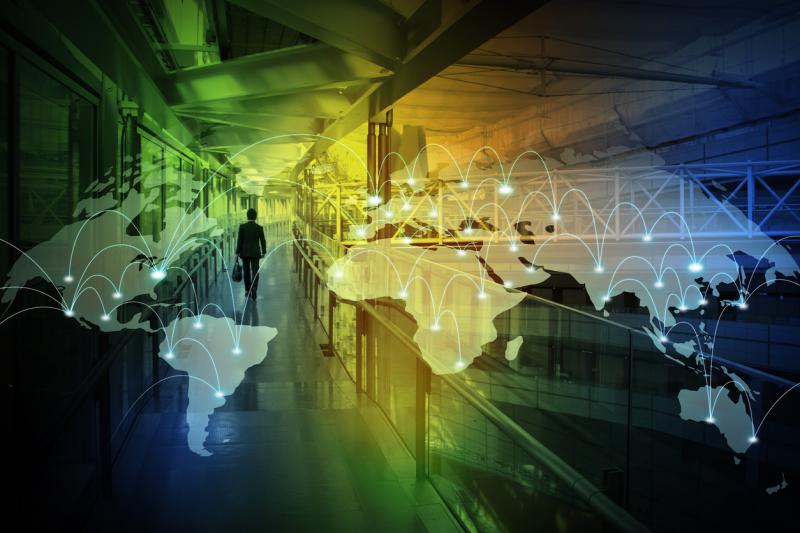 Scoot has implemented a new schedule for three of its weekly Sydney flights, resulting in improved connections to India and its future European destinations.

Scoot has served Sydney since Jun-2012 with an almost daily flight landing in Sydney in the late morning and departing Sydney in the early afternoon. During some off peak periods the flight has been cut back to five or six weekly frequencies.

Scoot still serves Sydney with seven weekly frequencies – cutting back to six during certain off peak weeks – but recently implemented a new schedule on three of the frequencies.

The new morning departure from Singapore connects with several flights from India to Singapore, which generally operate overnight and land in Singapore in the early morning. Scoot and its sister airline Tigeair currently serve eight destinations in India.

Scoot and Tigerair are now in the process of merging and already offer a connection product in the Sydney-India market. However, Scoot has only been able to attract limited Sydney-India traffic as it does not offer reasonably quick connections in both directions.

The new 1000am departure from Singapore connects very well with Bangalore, Chennai, Hyderabad, Kochi and Tiruchirappalli. These are all relatively big markets for Sydney traffic and with the exception of Kochi are served daily. Scoot operates Chennai-Singapore with 787 widebodies while Tigerair operating the other four India-Singapore routes with A320 narrowbodies.

Scoot still does not offer great connections from Jaipur and Lucknow to Sydney but these are much smaller market with less than daily service. From Amristar, Scoot already offers a relatively fast connection of just under three hours to its original Sydney flight one day per week while its other three Amristar-Singapore frequencies do not connect well with either Sydney flight. However, again this is a small market that is not a primarily focus for Scoot’s Australia business.

Scoot transit times in Singapore for all eight India-Sydney markets

Note: Tigerair has three flights from Tiruchirappalli to Singapore, arriving at 6:45 (daily), 08:30 (four times per week) and 18:05 (three times per week). The above transit times show the fastest available connection times to both the new and existing Singapore-Sydney flight. Scoot also has two timings for Ahmedabad; the fastest possible connection times for each Singapore-Sydney flight is displayed.

From Sydney to India connections were already relatively fast on the existing Sydney-Singapore flight as most flights from Singapore to India depart in the evening. For example, flights from Singapore to Bangalore, Chennai, Hyderabad, Kochi, Jaipur and Tiruchirappalli all depart within three hours after TZ2 lands from Sydney. Only the less important markets of Amristar and Lucknow do not connect well from Sydney.

As most Sydney-India travel is return rather than one-way Scoot needed to offer connections on the India-Sydney sector to be competitive and attract significant traffic. The new Singapore-Sydney schedule provides just that, enabling Scoot to finally meet its targets for the Australia-India market.

Scoot also has been looking at retiming some of its Melbourne flights to similarly improve its connections from India to Melbourne. The Australia-India is a large and fast growing market which is strategically important for Scoot and its parent Singapore Airlines. Scoot is well positioned, assuming it offers reasonable connections, as this is a price sensitive market without any nonstop options except for Melbourne and Sydney to Delhi (on Air India).

The Athens-Singapore flight arrives in Singapore at 830am, resulting in only a 90min connection time to the new Singapore-Sydney flight. However, this connection is only available one day per week – departing Athens on Sunday and arriving in Sydney on Monday.

From Sydney to Athens the new Sydney-Singapore flight lands one hour after the Singapore-Athens flight departs and there the fastest available connection time is seven hours using the original Sydney-Singapore flight. It therefore appears that Athens was not a priority for Scoot in designing the new Sydney schedule and India was the main driver. As Athens is a relatively small market from Sydney this is not surprising.

Scoot also has the opportunity to schedule its new not yet announced European routes so they connect with both Melbourne and Sydney. The new split schedule for Sydney and later Melbourne should facilitate this.

Scoot could also potentially adjust its schedule in its other two Australian markets, Gold Coast and Perth, although the initial focus is on improving connections for the larger Melbourne and Sydney markets. Gold Coast already enjoys fairly strong connecting traffic from China and Taiwan. Perth is complicated from a scheduling perspective as it is a shorter flight from Singapore and is in the same time zone but could still potentially benefit from adjustments.

Scoot’s new Sydney schedule and improved India connections is likely just the first phase of an overall project to improve connections from Australia. Scoot needs more sixth freedom traffic to improve its performance in Australia and eventually growth with additional frequencies. As Scoot improves its product in Australia consumers will clearly benefit with more LCC seats in key one-stop growth markets such as India.