Seoul-Los Angeles: American Airlines could be considering a new route 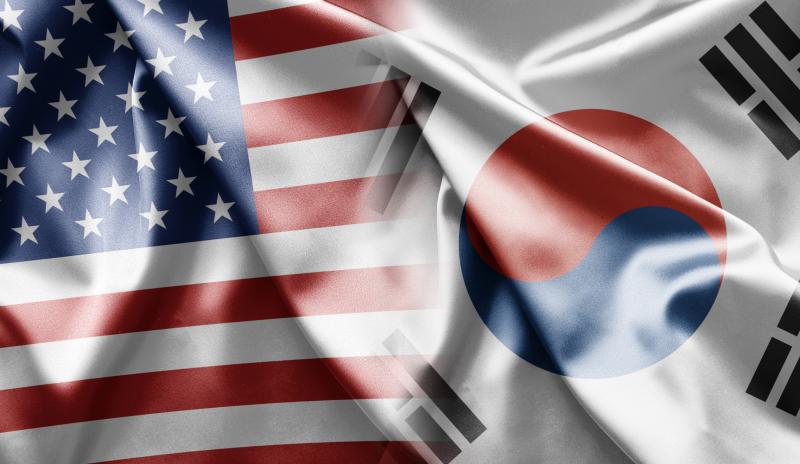 There is industry speculation that American Airlines will start a new route between Seoul and Los Angeles. Although American has sought to ease its Asia growth, dynamics have changed for the Seoul-Los Angeles market, and American has the goal of growing its presence in Los Angeles as all three US airlines fight for dominance in the largest West Coast market.

American Airlines could fill a gap – and take some market share – in the market between Los Angeles and Seoul. Singapore Airlines is ending Seoul-Los Angeles fifth freedom services and is resuming nonstop Singapore-Los Angeles flights instead. SIA will have served the Seoul-Los Angeles market for just over two years, from Oct-2016 to Nov-2018. (SIA in some way backfilled Thai Airways, which had served Seoul-Los Angeles before withdrawing.)

About half of SIA’s Seoul-Los Angeles passengers were local, with the remaining passengers originating in Singapore or behind. SIA’s exit is not indicative of an underperforming market, but rather that SIA is pursuing strengths. Fifth freedom flights typically have substantially higher costs than flights from local airlines. 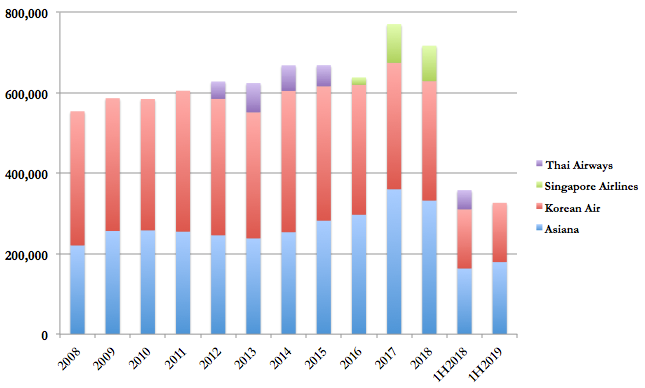 Delta has cemented a JV with Korean Air, which flies twice a day. Asiana also flies twice a day, but with higher capacity since Korean Air’s A380s are low density. The Korean Air JV effectively gives Delta a presence in the Los Angeles-Seoul market, but having US-operated metal in a market can matter to frequent flyers as they seek to use upgrade instruments or other benefits when flying a specific airline, irrespective of supposed metal neutrality.

Asiana is the largest airline in the market, but has revenue challenges

Los Angeles-Seoul may seem a formidable market for American to enter. Capacity on the Seoul-Los Angeles market has grown substantially. In 2017, 15% growth compared to 2015, when Thai Airways was still in the market.

In 1H2019, following the exit of Singapore Airlines, Asiana will have a 55% share of nonstop seat capacity. (Even with Singapore Airlines’ presence, in 1H2018 Asiana had a 46% share – almost half.) Korean Air has been cutting capacity on Seoul-Los Angeles since 2014: at its peak, in 2011, Korean Air operated almost three daily Seoul-Los Angeles flights.

American may sense Asiana is large but vulnerable in the market. Asiana has a more limited beyond network from Seoul, whereas American has local contracts in Los Angeles and a hub to feed from. 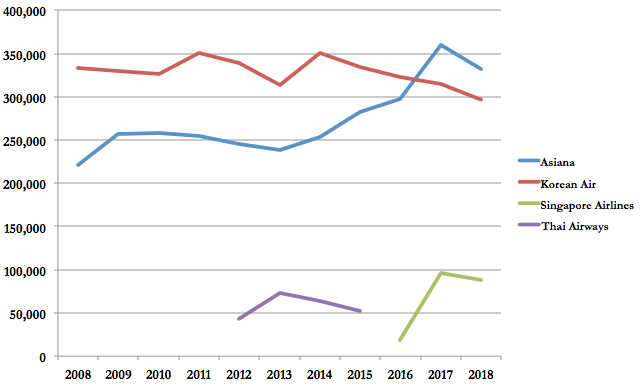 A Los Angeles-Seoul flight would mean six daily departures on American from Los Angeles to Asia.

Dallas-Seoul is understood to have been a quiet achiever for American Airlines. In recent years the trans Pacific market has been characterised by overcapacity and low yields. But that was typically in relation to growth around greater China and then Delta’s restructuring of its Japanese network. American’s Dallas-Seoul service was largely in a different category.

American seemed interested to grow in Seoul but had to settle into, and navigate, a new partnership with Korean Air. The deal drew interest as it crossed alliance lines between American’s oneworld and Korean Air’s SkyTeam. The American-Korean partnership had limited interlines and codeshares but there was interest in growing it.

With Korean Air now firmly partnered with Delta and an opening in the Seoul-Los Angeles market, American may finally grow to Seoul.