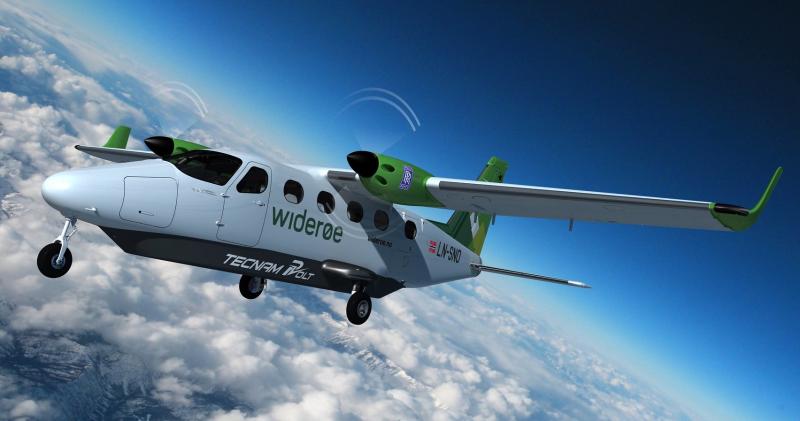 One of the primary factors that is likely to influence passenger demand in the recovering commercial air transport market is increasing consumer pressure for climate responsibility. This will be a short-, medium-, and long-term requirement for the industry as sustainability becomes one of the key drivers of business strategy.

Reducing the environmental impact of aviation will be driven by a range of activities. Sustainable Aviation Fuels (SAFs) and hydrogen propulsion are among those, as is the development of electric propulsion aircraft, an area that holds great potential in regional markets for short-distance flying.

“It is becoming increasingly clear that a green revolution in commercial aviation is coming, and firms that do not embrace this change are playing with fire,” says Harry Boneham, associate aerospace, defence and security analyst at data and analytics company GlobalData. However, he warns there is “ambiguity within the industry” over both the future form of the industry, and the most effective technological avenue to reach eco-targets.

In Mr Boneham’s eyes all-electric aircraft “is one of the most promising options for green aviation”. However, the state of contemporary battery technology, all-electric aircraft will not be able to compete in the conventional commercial aircraft market for some time and will be limited to short-sector regional markets, serving point-to-point markets or perhaps feeding hubs.

The market may be small by the benefits are significant. Research from GlobalData suggests using only all-electric aircraft for journeys under 600 nautical miles would reduce airport NOx emissions by 40% and reduce fuel use and direct CO2 emissions by 15%. As technology develops to allow journeys up to 1,200nm, those savings would increase to 60% and 40% respectively.

Leading powerplant provider Rolls-Royce feels this is certainly an area where the industry can genuinely deliver on its green promises. It and airframer Tecnam are now joining forces with Widerøe – the largest regional airline in Scandinavia, to deliver an all-electric passenger aircraft for the commuter market, ready for revenue service in 2026.

“Electrification will help us deliver our ambition to enable the markets in which we operate achieve net zero carbon by 2050,” explains Rob Watson, director, Rolls-Royce Electrical.

The new programme will look to cover all elements of developing and delivering an all-electric passenger aircraft that could be used in the Norwegian market from 2026. Due to its topography, Norway certainly makes extensive use of aviation for regional connectivity and the country has an ambition for all domestic flights to be zero emissions by 2040.

Rolls-Royce will bring its expertise in propulsion and power systems, Tecnam will provide aircraft design, manufacturing and certification capabilities. Widerøe’s mission will be to ensure that all competence and requirements of an airline operator are in place for entry into service in 2026.

Norway’s extensive network of short take-off and landing airports is ideal for zero emissions technologies. This aircraft shows how quickly new technology can and will be developed, and that we are on track with our ambition of flying with zero emissions around 2025,” says Stein Nilsen, chief executive at the regional airline.

The collaboration offers an opportunity to develop a long-term solution for the commuter aircraft market. Before the pandemic, Widerøe offered around 400 flights per day using a network of 44 airports, where 74% of the flights have distances less than 275 km. The shortest flight durations are between seven and fifteen minutes.

Rolls-Royce and Widerøe first announced a joint research programme on electric aircraft in 2019. The aim of the programme was to evaluate and develop electrical aircraft concepts that would fulfil the Norwegian ambition of having the first electrified aircraft in ordinary domestic scheduled flights by 2030 and 80% emission reduction in domestic flights by 2040.