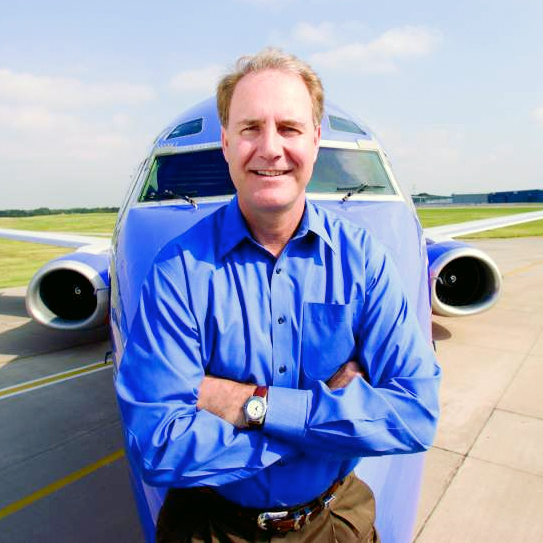 A first quarter loss at Southwest Airlines was accompanied by a better-than-expected result in the carrier’s unit cost performance driven in part by labour productivity improvements. The carrier is striking a cautiously optimistic tone regarding the rest of the year, indicating it should record a favourable financial performance if fuel prices remain at current levels. But until Southwest completes the integration of AirTran Airways into its operations by 2014, the carrier will be constrained in reaching its full revenue potential.

Favourable gains on the settling of certain fuel hedge contracts helped Southwest to record a first quarter profit of USD98 million. But excluding special items the carrier’s loss was USD18 million compared with a USD20 million profit the year prior. The airline’s operating income tumbled USD100 million to USD10 million as the carrier recorded fuel and oil expense of USD1.5 billion, a 45.5% rise from 1Q2011. On a combined basis with AirTran, Southwest’s operating revenue was USD86 million.

The carrier did record an overall strong revenue performance of USD4 billion, a 28% rise from the USD3.1 billion revenue Southwest posted in the year prior. But expenses grew at a 27% clip to nearly USD4 billion, which pressured Southwest’s operating income.

Southwest’s 2% rise in cost per available seat mile (CASM) excluding fuel and special items was a significant improvement from the 4% guidance the carrier has previously issued. In addition to the labour productivity improvements, the carrier deferred some advertising costs, enjoyed improved airport costs and had some relief in winterisation expenses due to a mild winter in the US. Southwest does expect its unit costs to increase throughout the remainder of the year in the mid-to-high single-digit range.

Southwest CEO Gary Kelly declared to analysts that he would not attempt to rationalise a first quarter loss, but did stress the results were driven “by a January and February” problem, and that Southwest’s results for the month of March improved year-over-year. He remarked April was trending in the same direction.

However, he did conclude that sub-optmisation between AirTran and Southwest until the full integration between the two companies is complete in 2013 would produce some network inefficiencies on an ongoing basis. The two carriers will continue operating separately under their own brands until that time. Mr Kelly said if the two carriers were completely merged, Southwest could do a better job of managing the network. But he did stress that Southwest itself has made progress in improving revenue management during the last few years and more tools are being brought online to better manage origin and destination revenue.

The carrier also expects to see a positive contribution from changes that include adding six additional seats to its Boeing 737-700s, and taking delivery of 30 new 737-800s this year with 38 additional seats over previous 737 variants. Southwest has completed retrofits on 14 -700s so far, and expects to finish the project in 2013. Southwest expects to spend USD50 million on the -700 retrofits this year and record USD70 million in pre-tax revenue from the additional seats featured on the -700s and -800s, weighted to the back-half of the year. During 2013, Southwest expects those fleet changes to generate USD300 million in pre-tax revenue.

Southwest expects a combined year-end fleet total of 691 aircraft, down from 694 at the end of the first quarter. Southwest has accelerated retirements of its 737-300/500 classics, and is retiring 40 of the aircraft this year. The carrier is still guiding to flat capacity growth in 2012 even though it could be operating roughly 44 aircraft with a higher seat count by year-end. Southwest expects the number of overall trips scheduled for 2012 will drop 3% year-over-year, which it stated would be weighed heavily toward the back half of the year. Southwest projects a 4% decrease in capacity during the third quarter and a 5% drop in the fourth quarter.

During the first quarter, Southwest generated USD1.1 billion in free cash flow and ended the first three months of 2011 with USD3.9 billion in cash, and a revolving credit line of USD800 million. The carrier estimates it recorded a 6% return on invested capital during the quarter.

Southwest recorded passenger unit revenue growth in March of 5%, and Southwest says April’s year-over-year performance should exceed March’s growth. Commenting on a marcoeconomic level, Mr Kelly stated that as Southwest has great experience in reducing fares to stimulate markets, “we know there is price elasticity and resistance to fare increases”. He commented that Southwest sensed its customers were shopping harder to find lower fares during the first quarter, which is typically a weak travel period.

But as Southwest continues to redeploy part of AirTran’s capacity from weaker routes into potentially higher revenue generating markets, Mr Kelly remains reasonably confident on the carrier’s outlook for the remainder of 2012, assuming fuel prices remain at current levels and “we don’t see a right turn in the economy”.