Spending big on travel at the Post-Christmas Sales. Demand, supply and opportunity 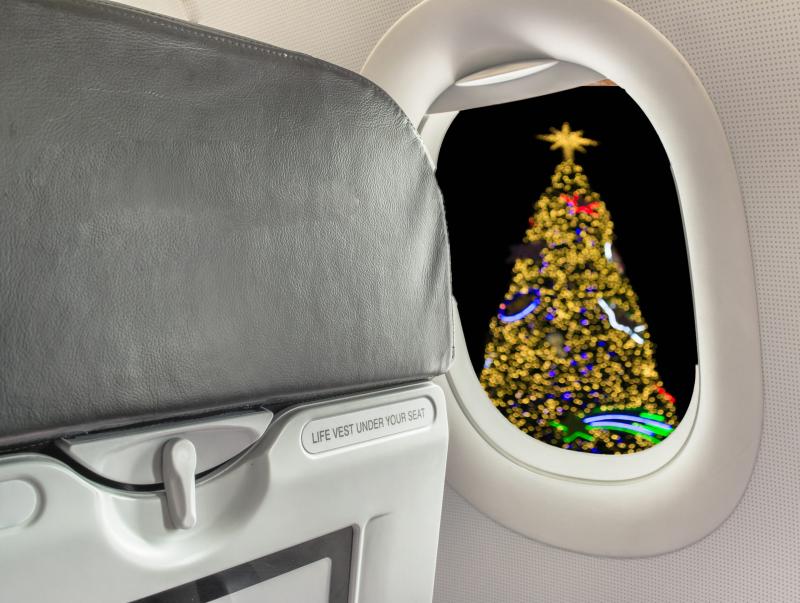 The Australian Retailers Association (ARA) predicted Australian shoppers were expected to spend AUD2.3 billion in the 24 hours commencing Boxing Day 2016 with the ARA and Roy Morgan Research stating that post-Christmas spending is estimated to be 2.9% higher in 2016/2017 than the same period last year.

Part of that spending is on travel. In a survey conducted by the UK travel industry body ATOL, over 1 million Brits are expected to book their next holiday between Boxing Day and New Years Eve with:

“over 13 million [British] people planning to research their travel plans after Christmas lunch to satisfy their wanderlust and find a holiday faster than they can digest their festive feast”.

In Britain, part of the motivation for purchasing or planning that next trip is escaping that minus 5 degree snowstorm which inevitably passes through the UK most winters, with ATOL stating that:

“Almost a third of people (29%) are dreaming of a white sandy beach, rather than a white Christmas this year”.

Spain, Italy, the United States and Greece top the list of destinations people in the UK want to visit - in line with the large package and charter holiday industry that exists in the UK for affordable travel to a variety of places ranging from Miami to Malaga to Mykonos. Sunshine topped the list of reasons for choosing a holiday destination (62%) with reasonable prices (55%), natural beauty (45%) with interesting culture (39%) and food/cuisine (37%) comprising the remaining top 5.

The thirst for buying travel during the post-Christmas sales isn’t limited to the wintry UK however. Here in Australia and New Zealand most of the major airlines and travel providers have again launched post - Christmas sales this year.

For example, Qantas has an ‘Advance Australia Fare’ promotion running until the end of Jan-2017 and is also offering 5 Qantas Points for every dollar spend on gift vouchers until 31-Dec-2016.

Virgin Australia had a ‘#matesrates’ sale offering discounts for bookings involving 2-9 passengers made until 27 Dec-2016 and Tiger launched its $9 ninth anniversary sale in November with further sales expected in January 2017.

Jetstar’s Boxing Day Sale is offering significant discounts to its network of leisure destinations both in Australia and internationally, including Bali, Singapore, Phuket and Tokyo. Scoot is offering ‘buy one get one free’ deals to Bangkok, Toyko and Taipei for travel from 13-Jan to 31-May-2017.

Air New Zealand is having a ‘Discover North America’ sale with fares available for sale until 30-Jan-2017 for under AUD1,000 to Los Angeles and San Francisco.

Other suppliers and distributors are following suit with Flight Centre its Boxing Day sale and P&O Cruises launching an ‘End Of Year Blitz Sale’. Hilton, Marriott and Hyatt, to name a few, have also launched sales during this festive season.

It’s all about demand, supply and opportunity.

Consumer behavior specialist Belinda Weaver suggests that the key for launching a successful sale is for retailers to consider not only what consumers are looking for but why they are looking for it at that particular time. The same can be said for suppliers.

Post-Christmas sales are held at a time when many people are still in the mood to spend. Some consumers even budget for these sales assuming that they’ll have a reasonably good chance of getting a bargain in comparison to the market ordinarily.

In the UK, the motivation is (at least partially) psychological as many people start to plan or purchase their annual summer escape for July or August straight after Christmas as a distraction from the cold and sometimes miserable weather outside, as the ATOL statistics demonstrate.

In Australia and New Zealand, we don’t have that excuse. However January is still often perceived as a good time to purchase travel for later in the year, including the upcoming winter school break although some sale fares expressly exclude school holidays.

Given they’re held at a time when many consumer’s disposable income is running at a post-Christmas low, these sales are an opportunity to kick start otherwise dwindling demand, especially among impulse shoppers. The sales allow suppliers to sell off – albeit at a discount - excess inventory for a broad range of time brackets throughout the year ranging from a few weeks away to up to 9-11 months into the year in periods where demand is projected to be lower, whilst at the same time immediately injecting cash onto the supplier’s balance sheet before the end of the first quarter of the new calendar year, often for travel that won't occur until several months later. The fares are usually non-refundable and have limited free flexibility which increases the probability that the supplier will earn further income, in the form of change fees, if the consumer wishes to subsequently amend the booking.

Buying travel in the post - Christmas sales is therefore a win-win for supplier and consumer alike. For the former it means significant discounts and savings while for latter the sales provide an important boost to cash flow at a time when people might otherwise not be spending their hard earned cash whist still sporting a post-Christmas hangover.