Taxes, charges and fees are pushing up airline fares to the detriment of passengers, argues IATA 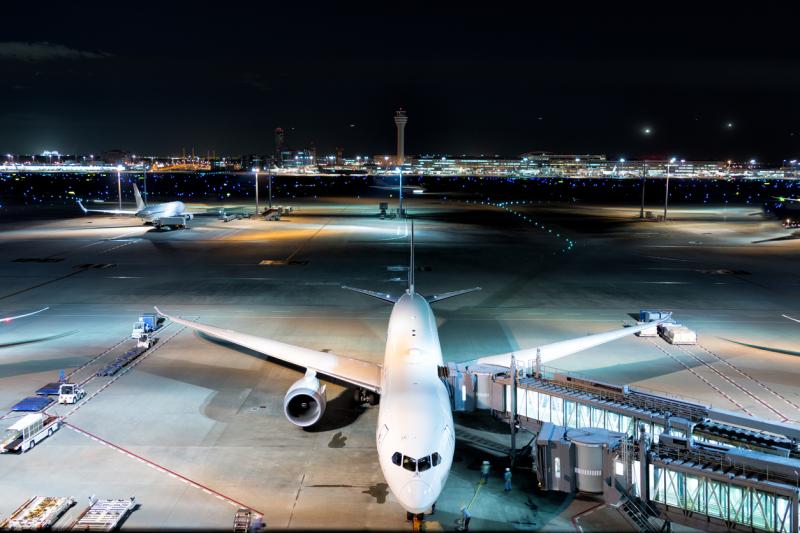 Competition in the airline sector has been a driver of innovation and cost reduction and has delivered major benefits for consumers in terms of increased choice and value, driving major efficiency gains with increasing blending and hybridisation of business models. However, in contrast, analysis from the industry body International Air Transport Association (IATA) shows that effective competition between airports remains the exception rather than the rule, and in particular that major airports continue to enjoy a strong position.

In a recently published economics briefing paper Airport Competition: Myth or Reality it says there is limited evidence of airports being subject to strong incentives to drive the type of efficiency gains that are standard in the airline sector. For example, in Europe, between 2006 and 2016, it highlights that airport passenger charges more than doubled as a share of the average passenger air fare, while airline revenue per passenger fell by 11% over the same period.

IATA argues that increasing private ownership of airports in Europe has not been combined with the appropriate regulatory oversight that drives airports to increase cost efficiency and ensure that airports are responsive to consumer demands. Its analysis shows that between 2006 and 2016 the average all-in cost of an air ticket bought to fly from a EU28 airport remained broadly flat, increasing by just 2% in nominal terms from EUR216 in 2006 to EUR220 in 2016.

CHART – IATA evidence shows that airport charges, taxes and fees are taking up a significantly greater share of air fares than a decade ago 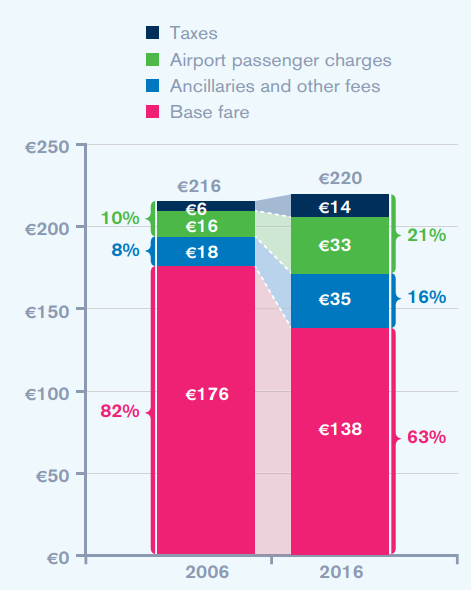 However, the distribution of revenues between airlines, airports and governments changed significantly with average airline revenue per passenger falling from EUR194 in 2006 to EUR173 in 2016 and shrinking from representing 90% to less than 80% of the all-in ticket price. At the same time, both airport passenger charges and taxes have more than doubled, with average charges increasing from EUR16 to EUR33 and average taxes from EUR6 to EUR14.

IATA says that if, instead of more than doubling, airport passenger charges had remained constant at EUR16 per passenger, the cost of an average one-way ticket in 2016 would have been EUR203 instead of EUR220, equivalent to a saving of almost 10% of the cost of travel (and potentially more for the shortest routes and cheapest fares). 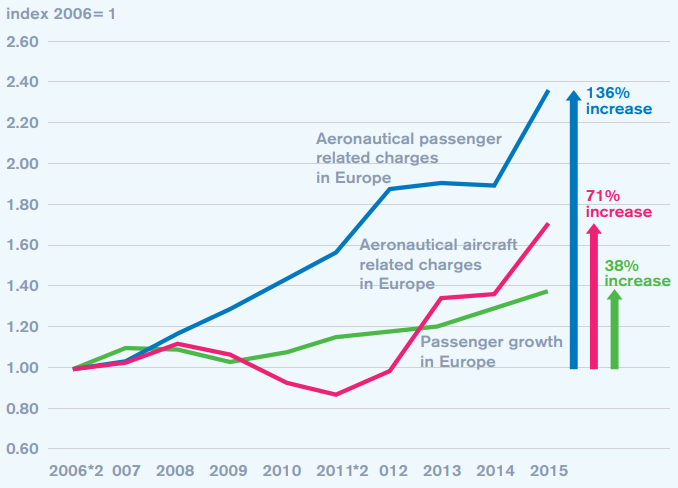 The Blue Swan Daily previously highlighted latest research by Oxera (see 'Airlines hold court – new analysis reveals intensifying competition between airports in Europe') that revealed that both the nature and intensity of competition between airports for airline routes have significantly changed since 2010, fuelled by the cumulative impact of disruptive market developments – including the relentless expansion of both Low Cost Carriers (LCCs) and Gulf airlines and the convergence of airlines’ business models.

In its study ‘The Continuing Development of Airport Competition’, Oxera argues that the changing dynamics within the European market has changed the nature of airport competition – giving it a truly Pan-European dimension. “The result is that today for any airport in Europe – whatever its size and location – LCCs are now the ones calling the tune.

IATA, which represents the airlines, has a different viewpoint and notes that the competitive environment is not the same in all markets and for all airports, which has important implications for policy-makers and regulators. On routes serving smaller airports and markets, and where both consumers and airlines enjoy a wide range of choices, IATA says “effective airline competition will be sufficient” to ensure the “best outcomes for consumers”.

However, it says, this is not the case for larger airports, and for airports serving major population centres or serving a specific niche. Given airlines’ challenge in achieving sustainable profitability, airlines face “strong incentives not to switch away from airports where they are able to generate satisfactory levels of load and yield,” according to IATA. Moreover, its own evidence shows that airlines face “significant switching costs” in reallocating capacity between airports. “The result is airport competition remains limited at best and most airports retain a degree of market power, at least at the local level,” it says.