Technology advancements top the list of what passengers want in 2017 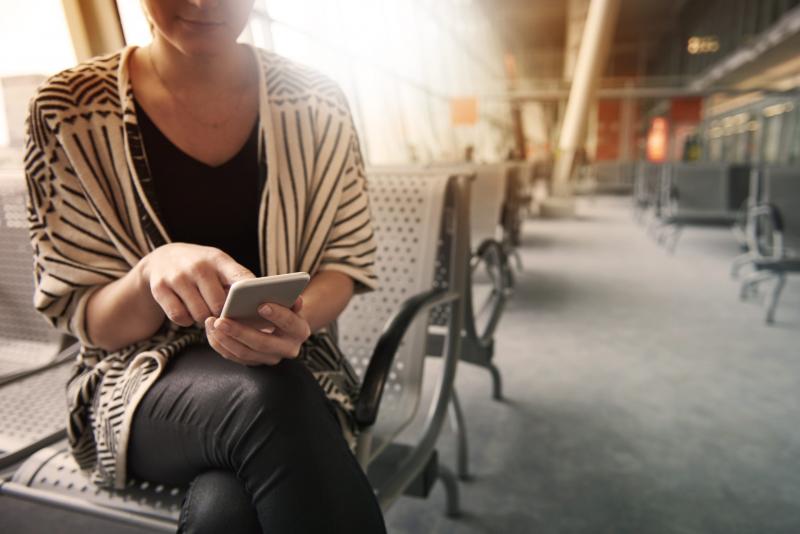 As we move into another year of travel, IATA’s 2016 Global Passenger Survey reveals that passengers are, more than ever, looking towards technology to make their travel experience as smooth as possible.

IATA, the International Air Transport Association, which represents the majority of the world’s airlines, has again conducted its annual Global Passenger Survey, the results comprising the responses of nearly 7,000 passengers from more than 145 countries.

In 2016 the survey revealed that airline passengers are increasingly looking to technology to ensure their travel experience is as smooth as possible, prioritising the following three elements:

The survey showed a clear preference for moving traditional airport processes “off airport.” In 2016, the percentage of passengers who checked-in online and used a mobile boarding pass rather than a printed one, at least once, increased from 69% in 2015 to 71%.

Passengers also reportedly wish to have more independence and control with 33% of those surveyed wanting to self-tag their bags and 39% wanting to use electronic bag tags.

Technology such as this already exists in this region with Qantas introducing its Q Bag Tag product in 2011. Virgin Australia and Air New Zealand, whilst not offering an electronic bag tag option, also make it possible for passengers to self-tag their luggage at a kiosk once they arrive at the airport reducing, or indeed eliminating, time spent with customer facing staff. This, however, raises questions of safety and security (including fraud) where passengers, in these circumstances, are effectively able to board a flight without coming into substantive contact with airline staff before getting to the gate, in many cases completing the entire flight without having to produce any identification documents.

The passenger survey also reveals that 26% were interested in having their luggage picked up from home and delivered to the airport and 24% would like to be able to drop off their luggage away from the airport. A majority (61%) expressed interest in tracking their bag throughout the journey. In response to this, IATA has recently passed a resolution amongst its members which requires airlines to be able to track bags at major journey points.

When speaking in relation to many passenger’s desire for greater autonomy and efficiency in the airport experience, Pierre Charbonneau Director, Passenger and Facilitation at IATA has stated:

“Passengers want to arrive at the airport ready to fly by taking advantage of “off airport” digital self-service options.

“IATA is helping the industry make this a reality for more travelers through its Fast Travel Program. If the industry meets its internal program goals, then, by 2020, 80% of global passengers will have access to more self-service options.”

The passenger survey identified that there are also several challenges to overcome, with airport security and border control processes two of the biggest passenger pain points. The top reported frustrations were the wide variation in security screening techniques at different airports globally and the intrusiveness of having to remove personal items.

The issue of ease during the security process is clearly important to travellers with the survey identifying that 40% of passengers choose their route based on their airport transfer experience, making this a vital area for improvement.

Acknowledging the problem, IATA has introduced the ‘Smart Security’ initiative - designed to make the airport checkpoint faster and more efficient for passengers. A joint initiative of the IATA and Airports Council International (ACI), the program “envisions a future where passengers proceed through security checkpoints with minimal inconvenience, where security resources are allocated based on risk, and where airport facilities are optimized, thus contributing toward an improved journey from curb to airside”

With more and more people becoming reliant on ‘smart’ technology, the survey also confirmed the clear trend towards constant connectivity, even in-flight.

The results showed that 51% of passengers surveyed - a 12% increase on 2015 - would prefer to use their own devices on-board to access entertainment options. With availability of Wi-Fi connectivity continuing to have a direct impact on the overall air travel experience, adopting the latest on-board Wi-Fi technology remains an effective way for airlines to distinguish their brand.

Qantas currently offers its ‘Q Streaming’ product and has announced plans to introduce Wi-Fi onboard all its aircraft from 2017 with in flight trials having already commenced on domestic 737 aircraft in 2016. Similarly Virgin Australia currently offers a Wireless In-flight Entertainment system on selected 737-800 and Embraer aircraft and, like Qantas, has announced plans to roll out Wi-Fi across its domestic and international fleet from 2017. Air New Zealand are following suit having announced in October 2016 plans to introduce wireless technology across its domestic, trans-Tasman and international services also in 2017.

Identifying the importance of new technology in meeting passenger expectation, both at the airport and onboard, Nick Careen, IATA’s Senior Vice President for Airport, Passenger, Cargo and Security states:

“Passengers want convenience and quick results with their bookings and check-in, a seamless and secure airport experience, and unique tailored experiences throughout their journey.”

“They are ready to embrace the benefits of new technology when it comes to enhancing their travel experience. Airlines and airports that recognize this and provide passengers with easy-to-use mobile services, self-service options, and one-stop security checks will improve the travel experience and passenger satisfaction.”

So, with technology advancements developing faster than ever, and passenger expectations growing as a result, the airline industry is spending more and more on ensuring it remains up to date and competitive in this area. But achieving greater efficiency and connectivity ultimately needs to be balanced against the airlines’ concurrent obligation to maintain safety and security for their passengers. Achieving this, whilst adopting a more and more ‘hands off’ approach by giving passengers more autonomy, particularly at the airport, is a challenge the airlines will need to meet.