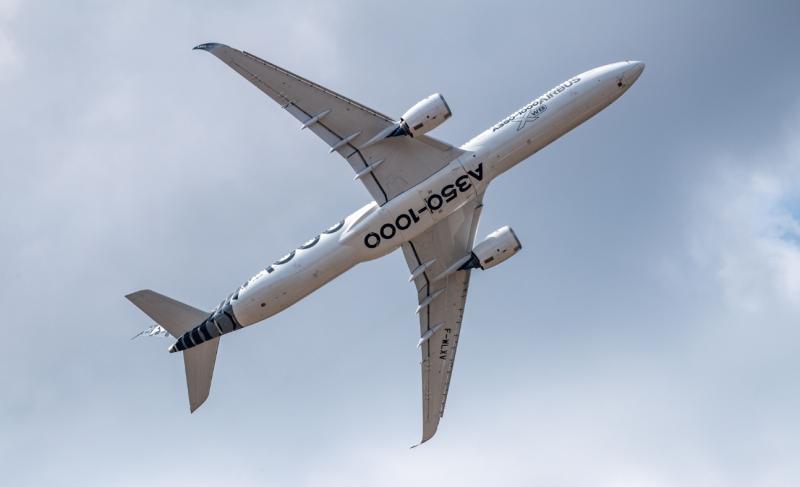 ‘Project Sunrise’ was once again a key feature of Qantas’ recent full year results press conference. The airline seems committed to delivering nonstop services from the east coast of Australia to destinations such as London and New York. Whether or not this commitment is warranted remains to be seen, however all we know for the moment is that the airline expects to launch new services by 2022.

In Aug-2017, Qantas launched 'Project Sunrise', an initiative designed to challenge the CEOs of aircraft manufacturers Boeing and Airbus to deliver an aircraft capable of flying regular nonstop services like Sydney-London, Brisbane-Paris and Melbourne-New York with a full payload by 2022. Qantas CEO Alan Joyce said the introduction of such services is "the last frontier in global aviation" and would be a "revolution for air travel in Australia".

The latest from Qantas

At the recent Qantas FY2018 results press conference, Qantas confirmed the airline is considering the A350-1000ULR as an option for 'Project Sunrise', as well as the Boeing 777-8X. Mr Joyce stated Qantas and aircraft manufacturers are "at a stage where the capability for both vehicles is there and is a matter of the financials and working through how the business case works". The carrier hopes to make a choice concerning the aircraft in 2019, with deliveries to commence around 2022.

What could be fuelling Qantas’ commitment to ultra-long haul routes?

The success of the Perth-London service could be driving the airline to seek out other opportunities like this, especially from higher populated and sort after cities such as Sydney and Melbourne. Qantas has previously reported the average load factor on the Perth-London Heathrow service was 92% overall, an impressive result for any route. Demand for the important business and premium economy classes has also been strong, with consistently high loads around 94%.

The driver behind ultra-long haul services

CAPA – Centre for Aviation executive chairman Peter Harbison believes aircraft technology is the main driver behind new ultra long haul opportunities. “You do need airlines with the imagination to use them - and a bit of risk appetite. The mere fact a new aircraft allows you to fly further opens up a whole range of new network opportunities. In some cases, this has been transformative,” said Mr Harbison.

“The Gulf carriers are a great example of that. The fact that new wide body long haul aircraft arrived that were capable of flying half way round the world at low unit cost meant that they were able to link pretty much any two points on the globe with one stop. Of course, you needed plenty of innovative skills (and on the ground facilities) to achieve that. But it’s not always as simple. Many airlines are stuck in a mindset of protecting their status quo and the age old regulatory system still allows that, where their governments are like minded.”

When asked if passengers will embrace this extended ultra long haul route, Mr Harbison said: “If it allows them to connect easily and cheaply from their home town, absolutely. But it’s not as simple as that. A very long Sydney-New York, where high yield business travellers can do it painlessly with no stop, will work, no problem. Otherwise, for leisure travellers, where a stopover (at a quality airport) only takes a couple of hours longer than the direct flight it will come down very much to price and taste. It can also be very much a personal thing, but mostly people don’t see a great attraction in sitting in the middle of the row in a 34” seat pitch for 18 hours. Here’s where the airline needs to be very sensitive to passenger needs in order to make it work. Qantas seems to have got it more or less right with Perth-London in that respect but will need more for the longer journeys.”