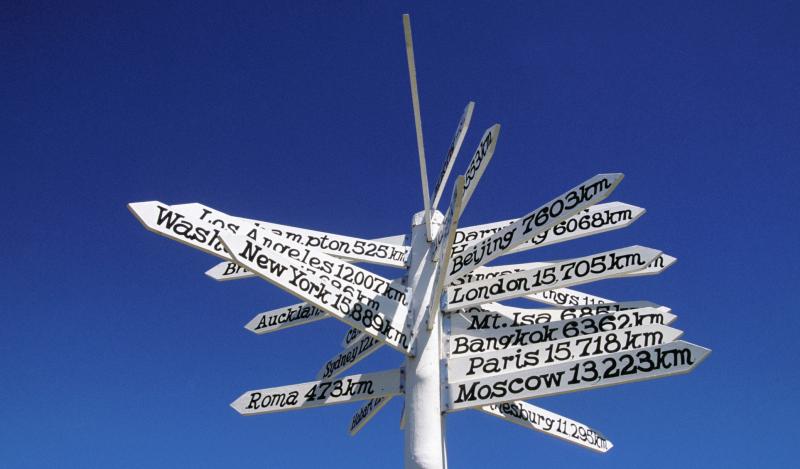 Travellers’ preferences continue to evolve with destinations going into and out of favour all the time. Never has this been more so than during these constantly changing days of Covid-19. With restrictions to travel, spikes in virus cases as well as preferences, where we have been and where we want to go is forever shifting.

YOUGOV, an international research data and analytics group based in the UK, has recently issued a White Paper, Vacation Dreams, which draws on data from DestinationIndex, a tool designed to help marketers track public opinion on 120 destinations. With the tourism industry keen to get people travelling again, the White Paper provides some interesting insights into which places are top of people’s hit list.

The YOUGOV DestinationIndex operates in 25 destinations around the world and every day in each of those 25 markets, 100 people are asked about their travel perceptions. The white paper has used this daily data and assesses where people plan to go and how they perceive the world’s most popular travel destinations.

When looking at different markets, it is interesting to see which markets are top of people’s list of places to go. Using the responses over a 30 day period in August, some destinations are clearly top of everyone’s wish list.

In Australia, the top listed destination was New Zealand with 14.6% of the vote, which maybe unsurprising given their long COVID-free status. However just behind with 14.4% is Queensland with New South Wales in third place.

In Germany, the destination that most travellers propose to visit next is Austria with 10.6% of the votes, a little way ahead of Italy with 7.1% and Netherlands with 6.4%. Despite being one of the most travelled of all nationalities, it’s clear that Germans are not planning on going far afield any time soon with all the top 10 countries within Europe.

Travellers in the United Kingdom, again one of the most travelled nationalities, voted overwhelmingly for a domestic holiday with 19.8% of the votes. In second place with 14.3% is Spain and then down to 8.7% for Italy. The top 10 destinations however include the United States in sixth place, Canada in eighth and Australia in tenth showing Brits are still looking further afield for future travel.

Indian travellers are fairly undecided on where to go with no destination that far ahead of the others in the top 10, with the majority being domestic. However Switzerland makes a surprising appearance in third position with Dubai and Singapore also within the top 10.

When it comes to the Americans, Florida is top of their destination wish list, despite a recent spike in virus infection which has recently brought the percentage of votes down closer to second place California. New York is in third. Internationally, Canada is the top ranked country in fourth place with Mexico, France and Italy also making the top 10.

When it comes to the most talked about destinations, New Zealand has certainly benefitted from their handling of the Covid crisis. When asked about what destinations travellers have heard positive things about recently, New Zealand was top of the list in Australia, Germany, and India, with Canada coming out on top for the United Kingdom and the USA. Of the others only Norway, Denmark and Iceland appear more than once.

As to how Covid-19 is influencing decision making amongst travellers, it is clear that travel restrictions and personal decisions are having a damning effect on the industry right now. By comparing the responses of those who believe the pandemic is getting worse to those who think it is getting better, you can see some destinations fare better than others. The good news is that the more negative travellers are still planning on travelling, but are just adjusting their proposed destination to something closer to home.

It is certainly a confused picture with travel plans constantly being disrupted. Even in geographically close markets, such as Germany and the UK, perspectives can be very different. The good news is that there is optimism out there for travel. Domestic destinations are definitely popular at the moment but foreign trips are not totally ruled out.