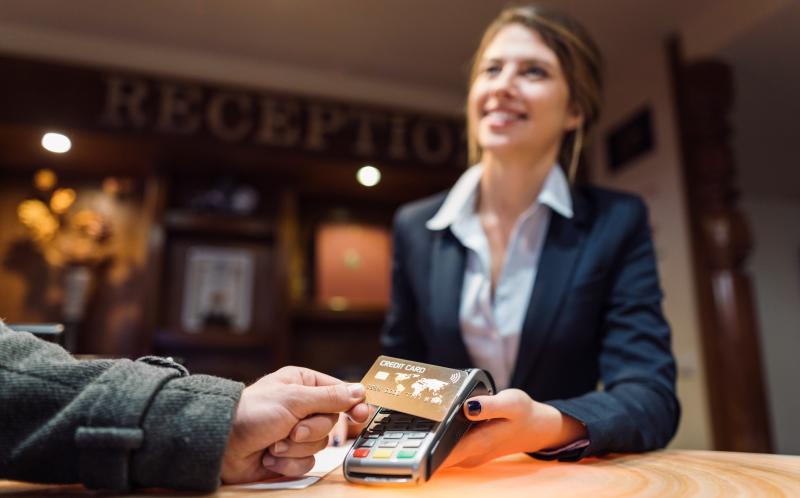 The last few months have seen hotels across the globe see business crash to floor and while we are starting to see recovery in the main performance metrics of occupancy, average daily rate (ADR) and revenue per available room (RevPAR) there remain notable declines across the majority of geographical areas on levels seen last year.

Encouragingly though, things are moving in the right direction and latest insight from hotel market analysis and benchmarking specialist HotStats shows that hoteliers across most of the world have cause for what it describes as “muffled celebration” as Europe, Asia-Pacific and the Middle East all return to positive gross operating profit per available room (GOPPAR) in Aug-2020.

The data shows that the lagging US market is now the only major region that has yet to turn a positive month of profit since the Covid-19 pandemic took hold, although performance is improving. Meanwhile, it also showcases that China is following a true V-shaped recovery in hotel profitability.

As it is for air capacity levels China continues to be the leader in the recovery and heads the performance improvements across Asia Pacific. The HotStats data illustrates that the region continues to see improvements since Apr-2020. In Aug-2020, it shows occupancy climbed 6.5 percentage points to close to 50% versus Jul-2020, while average rate shot up +8.4%, leading to a USD10 advance in RevPAR.

The region also recorded a strong increase in TRevPAR in Aug-2020 boosted by gains in food and beverage, which was up +21% over the previous month to USD29.55 per available room. GOPPAR also continues to track positively, a trend that began in Jun-2020 after negative GOPPAR was recorded in May (USD-3.03). The USD19.95 attained in Aug-2020 was more than two thirds (69%) up on Jul-2020.

The recovery of China is clear to see in the region’s data. Occupancy in Aug-2020 was only 9 percentage points off that from the prior year and year-on-year levels for RevPAR, TRevPAR and GOPPAR are also shrinking. In fact, Aug-2020 GOPPAR of USD37.19 matched the Dec-2019 level and was only USD6 off year-on-year level.

The HotStats data also shows that as profit continues its forward march, expenses are coming up, too. Labour costs on a per-available-room basis were up +11% in Aug-2020 in comparison with Jul-2020, but still -22% down compared to the same time last year. As HotStats says: “The strong trends coming out of the country are a hopeful bellwether for the rest of the globe”.

Europe is also “back in black”, according to Hot Stats. “It’s been five months, but Europe’s hotels finally posted positive GOPPAR in Aug-2020,” it says. At EUR6.37, this represents a massive +282% increase over the EUR-3.50 recorded in Jul-2020, but still is a decrease of 90% when compared year-on-year. Occupancy “gathered steam” during the month, notes HotStats, up almost 10 percentage points over Jul-2020, coupled with a EUR8 hike in average rate. This combination led to RevPAR increasing to USD35.44, a +56% jump over Jul-2020.

TRevPAR also saw a significant jump over Jul-2020, according to the monthly data, up +48% to EUR54.72, albeit this was still down more than two thirds (-69%) on the levels at the same time a year ago. Both labour and overhead costs remained down by a large margin on a year-on-year basis, down -55.8% and -47.7%, respectively. On a month-over-month basis, both measures were up slightly, but not enough to drop GOPPAR back into negative territory.

In the Middle East, profitability returned to positivity for the first time since the region broke even back in March. At USD5.48 per available room, it bettered the Jul-2020 by +221%, moving from USD-4.50, and showing the “first glimmer of hope for the region’s hotels,” says HotStats. In a strong move, average rate jumped USD10 over the month prior, helping lead to month-over-month RevPAR growth of +38%. Total revenue followed suit, rising to USD73.53 per available room, a +31.8% increase over Jul-2020.

A lot of positives, but performance in the US remains rather subdued with Covid-19 spikes showing the pandemic remains active. This is highlighted in the Aug-2020 data, described by HotStats as remaining “grim on a year-over-year basis”. In fact it is the same on a month-on0moth basis too.

But where the top line succeeded the bottom line failed. GOPPAR had improved from Jun-2020 to Jul-2020 by a resounding +72%, but regressed month-over-month in August by more than a fifth, falling -22.5% as it remained negative at -USD6.85 compared to -USD5.59 the month earlier. Expenses in particular proved a hindrance, as labour costs shot up +27.6% on per-available-room basis and total overheads increased +25%.

A feared second wave that seems to be hitting in Europe could cloud any positive optimism. As HotStats notes in its data report, one thing is sure, the global hospitality industry will be tested in the months to come, as the summer months give way to the fall and winter, where a dip in travel, particularly on the leisure side is typical. And as that is currently the side that is keeping the industry buoyant right now it could suggest more troubled times ahead.