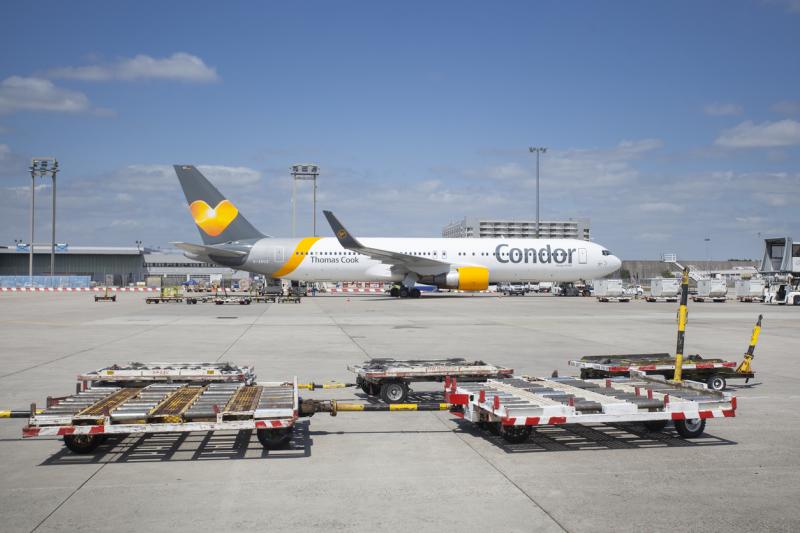 Thomas Cook Airlines Group is in the market for a new widebody and a decision to replace 16 Boeing 767s currently flying with its German-based operation Condor could take place by the end of 2018, for delivery to commence from 2021.

Europe defied the traditional industry expectations of sluggish growth in mature aviation markets in 2017, with the continent seeing a remarkable passenger growth rate of 8.2% year-on-year. The figure was near double that of the 4.8% posted in the USA, and just short of the Asia Pacific’s 9.4%.

The figures show that despite bouts of geopolitical uncertainty such as Brexit and a lack of airport capacity in many key European regions, travellers are keen to fly. European airlines, especially in the leisure segment, are adding capacity at historical rates and with this capacity – new aircraft.

On the contrary to most other European tour operators, widebody aircraft form a strong 30.7% of the total Thomas Cook Group fleet. This does not include the carrier’s 757-300 aircraft, which are typically used for highly popular short/medium haul routes but also longer range destinations such as Dubai in the winter season. Juxtapose this figure with the TUI Group – the world’s largest leisure, travel and tourism company – widebody aircraft form 19.6% of its fleet.

Condor punches above its weight between Germany and Latin America, its key long haul market, even outpacing Lufthansa for capacity between the regions at certain peak travel periods.

GRAPH - Condor punches above its weight between Germany and Latin America, its key long haul market, even outpacing Lufthansa for capacity between the regions at certain peak travel periods

Despite the carrier’s presence on the long haul, the real standout is its recent short/medium haul development, bolstered by the carrier capitalising on the market exit of airberlin. Condor is offering 35% more capacity on the short and medium haul in summer 2018, including 88% more capacity in Dusseldorf.

The Thomas Cook Group is in an odd place for a large European airline group in that it has no outstanding aircraft orders. Its young narrowbody fleet of A320ceos do not require replacement - an oddity for many larger European airlines - with the aircraft type boasting a median age of 7.2 years.

With Thomas Cook only notifying of plans for a long haul fleet replacement at Condor, it would make sense to substitute the 767 fleet with A330s used by its UK operation. This would align the company’s widebody fleet under a single aircraft type and potentially spur a move to an all Airbus operation, upon phase out of 757 equipment.

However, if Condor’s 2021 deadline was not set in stone, the company could extend the life of its 767s and potentially seek to acquire Boeing’s new midsized aircraft. Likely to roll out in 2025, the NMA concept is rumoured to be configured with 225 to 275 seats with a range of up to 4500nm, which is perhaps a more fitting replacement for Boeing 767 aircraft than the A330.