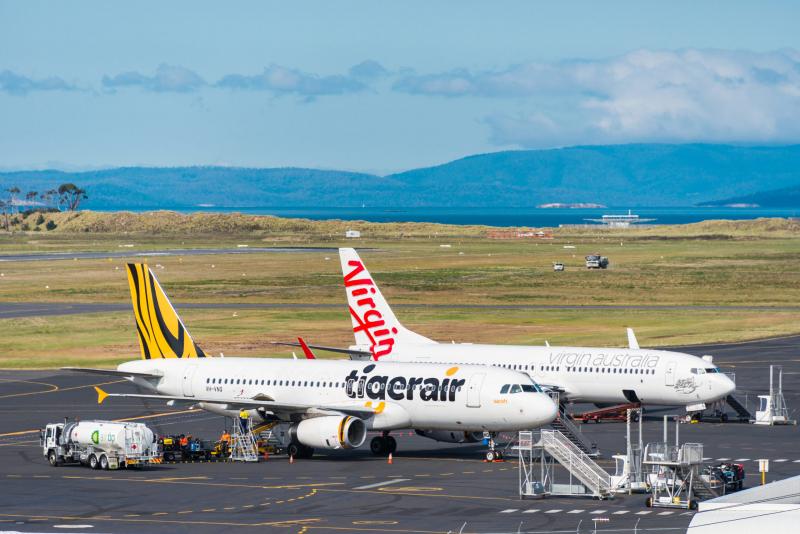 International aviation is little more than a highly regulated and commercially complex mishmash of a business – as approximately 2,000 passengers, affected by the forced cancellation of several Tigerair services between Australia and Indonesia, discovered the hard way this week. The arcane regulatory system that governs international flights makes the Mad Hatter look sane. That said, authorities have plenty of discretion in how they apply the rules. On this occasion, seemingly one or two Indonesian bureaucrats suddenly suffered discretion deficit.

On Wednesday 11-Jan-2017 Tigerair Australia, at the peak of the summer holidays, was forced to suspend all its services between Indonesia and Australia. A temporary reprieve has since been granted to airline to allow it to transport affected passengers in Bali back to Australia – until Monday 16-Jan-2017.

Tigerair commenced services to Bali in March 2016 from Adelaide, Melbourne and Perth, taking these over from parent Virgin Australia a way of reducing costs in the highly competitive Bali leisure market.

The suspension of these services, ordered by the Indonesian Directorate General of Civil Aviation (DGCA) was made on the basis that Tigerair Australia had violated rules governing the operation of these services. Specifically, rules which prohibit the sale of one-way tickets to the local Indonesian market by the airline.

Ordinarily, an airline operating scheduled services between two cities can sell tickets in markets at both ends of those services.

The difference in this case, and the underlying reason for this violation, is the fact that Tigerair operates services to Denpasar from Melbourne, Perth and Adelaide under a charter relationship with parent Virgin Australia.

A necessary, but not always convenient, arrangement

Tiger and Virgin have a split corporate structure in Australia. Tigerair Australia is wholly owned by Virgin Australia Holdings (VAH) and Tigerair International is wholly owned by Virgin Australia International Holdings (VAIH). The difference is about more than simple ownership. For the airline to operate on international routes, rules designed over 70 years ago require an airline to be “substantially owned and effectively controlled” by Australian nationals. Today it has next to no relevance, but there it is. The agreement between Australia and Indonesia that governs all flights between the two countries has that stipulation.

Bali is complicated, as Virgin group evolves the way its various airlines work together. Tigerair has been using three Virgin Australia registered Boeing 737-800 aircraft, repainted in Tigerair’s livery, to operate the Bali services on a wet lease basis. What this means is that aircraft operate on parent Virgin Australia’s Air Operator‘s Certificate (AOC). The services have been flown by Virgin Australia pilots while the cabin crew came from Tigerair. For all intents and purposes, the flights have been marketed under the Tiger brand.

The primary reason for this arrangement is that Tigerair currently doesn’t have its own AOC to operate 737-800 aircraft in its own right to Bali. Whilst they obtain regulatory approval from both Australia and Indonesia to do so, the airline has been using parent Virgin Australia’s aircraft instead.

In short - a commercial and very practical solution to a temporary regulatory problem.

Tigerair has stated that there is nothing new in this arrangement. Statements made to date by the Indonesian government appear to suggest that, until now, no objections had been raised by them to this temporary operational arrangement, which was due to expire by 25-Mar-2017 once the Tiger AOC issue was expected to be resolved.

The turning point apparently came when the Indonesian authorities became aware that, in addition to selling tickets in Australia, Tigerair was also selling tickets on these services to the Indonesian market. It appears that, according to the Indonesian regulator, this moved these services outside the scope of being a ‘charter operation’ by Tiger - servicing the Australian market into Bali using Virgin Australia aircraft – and turned them into Tigerair operated scheduled services. This made them marketable in both Australia and Indonesia and in direct competition with local operators Garuda, Batik and AirAsia Indonesia, as well as Jetstar and Virgin Australia itself.

And so the clamp down occurred.

Despite this bureaucratic blooper, the show must go on for Tiger and Virgin

Indonesia's Embassy in Australia has stated in the press that the suspension is not due to the introduction of any new administrative requirements, but rather a failure of Tigerair Australia to meet existing requirements.

Tigerair Australia, still recovering from the shock decision by Indonesia, has responded stating that it is working constructively with the Indonesian government to resume services to Bali again as soon as possible and to work through the new requirements.

Regardless of what changes will need to be made to enable Tiger to resume services from Australian to Bali, this incident is a reminder of how regulatory complexity – often at an inter-government level - can suddenly disrupt an airline’s operations, and the plans of thousands of holiday makers.

But that cannot excuse the fact that a pointless bureaucratic gesture over nothing more than a technicality has disrupted the travel plans of all those travellers (and of the Bali tourist industry). It does also highlight the fact that restructuring the Virgin group is still a work in progress; hopefully this embarrassment - to all concerned - will accelerate that process.