Time for another meeting? Beware, two-thirds are a waste of time and could ultimately cost more than USD541 billion worth of resources in 2019 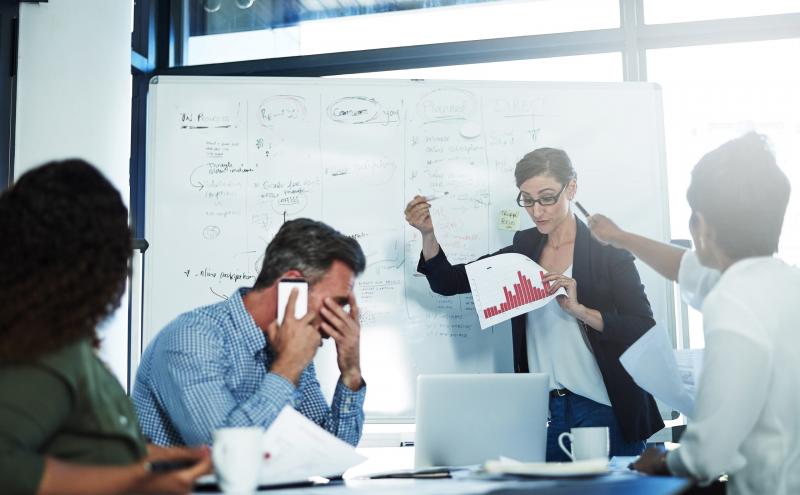 We have all been sat in business meetings, drifting off and wondering the purpose of the discussion, only returning to reality to learn that another meeting would be required to further any talks. Well, new research has revealed that meetings are not necessarily productive to business with two thirds of all meetings unnecessary or a waste of time.

The findings of meetings scheduling platform Doodle, published in its 'The State of Meetings Report 2019', has revealed that ‘pointless’ meetings will potentially cost companies around the world more than USD541 billion worth of resources in 2019.

The company examined data from 19 million meetings and commissioned interviews with more than 6,500 working professionals across the UK, Germany, Switzerland and the United States of America (USA) to take a modern in-depth look at when, where, why, and how we meet.

This translates to more than 24 billion hours of work being lost to pointless meetings in the next year. In fact more than a third (37%) of professionals consider unnecessary meetings to be the biggest cost to their organisation.

But meetings still have a vital role to play within the business environment. More than three in four (76%) professionals prefer face to face meetings to calls or video chats, the results have found. If you are to hold a meeting then the report suggests that mornings are overwhelmingly the best time with 70% of professionals preferring meetings between 8am and 12pm.

Away from the shock standout findings, there are many other interesting insights from the report.

There are also interesting variations across the globe between the average time it takes for respondents to reply to meeting invites. In Italy, Poland and Israel that is less than six hours, but in Sweden, Switzerland and France that time exceeds ten hours.

Without considering the vast economic impact, one pointless meeting a week might not seem a great consequence, but highlight that with a little more effort or focus their can be huge benefits. 100% of respondents in the report described poorly organised meetings as a waste of time or money, not only impacting staff workload, but also impacting client relationships.

The cost of poorly organised meetings is most keenly felt in the Switzerland, where 46% of professionals see this as the biggest cost to their organisation, compared to 40% in UK, 38% in Germany and 34% in the USA.

“We commissioned this report because we wanted to have a better understanding of what makes a bad meeting, and how it affects people on a daily basis," explains Gabriele Ottino, CEO Doodle. "What’s positive is that within the huge financial implications lie simple issues that can easily be fixed."

"Things like setting a clear agenda, only inviting relevant people and proper planning can be easily implemented, and if we stick to these principals there’s a clear opportunity to make a huge savings, cut wasted time and reduce irritation to employees – benefiting everyone,” she adds.