Travel under Trump Part 1: The Cost of Compliance 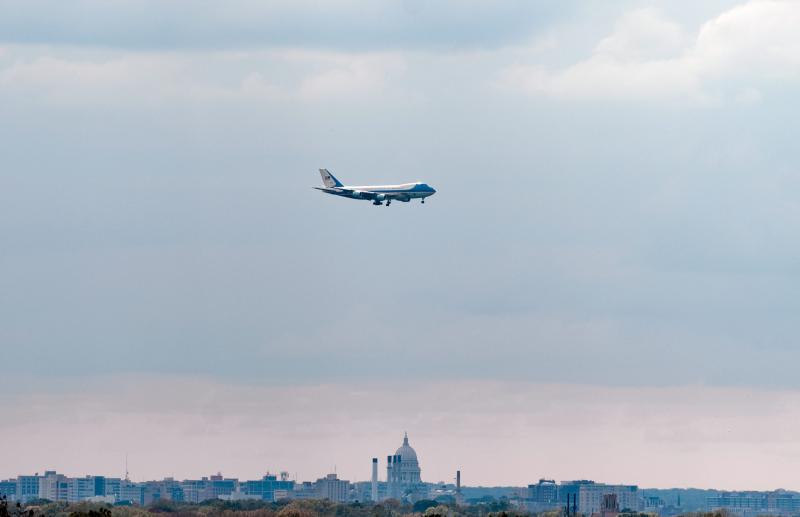 27-Jan-2017 is probably a day most airline execs around the world will be happy to forget. President Trump’s Executive Order took passengers and airlines by surprise. Appeal suits were filed, with lawyers on both sides bracing themselves for the battle ahead. The President’s Order was temporarily quashed by District Court Judge Robart. Trump appealed but the US Federal Appeals Court rejected the Trump administration’s application to have the Order immediately reinstated. After an Appeals Court hearing today the court is currently considering the matter, which many US law commentators suggest is likely to go all the way to the Supreme Court.

The airline community is watching closely. Mr Trump’s Order and subsequent legal appeals have led to confusion and concern among passengers and airlines alike. It’s already cost the industry millions with several airlines, including Qantas, agreeing to offer affected passengers full refunds. In the days following 27-Jan several flights left half empty or were cancelled as airlines were also faced with unexpected operational costs of last minute crew changes needed to accommodate staff holding dual citizenship of the seven affected countries mentioned in the Order.

Passengers need to comply, but it is the airlines who bear the costs

The Executive Order imposes a 90-day ban on travel to the U.S. from citizens of seven terrorist hot spots: Iraq, Iran, Syria, Libya, Yemen, Somalia and Sudan. That means that it doesn’t just impact flights originating from those countries, but citizens of those countries travelling to the US on any airline from any other country, including Australia and New Zealand.

For airlines operating to the US or in fact to most countries that are member states of the International Civil Aviation Organisation (ICAO) – carrying a passenger that can’t lawfully enter a country on arrival can be very costly.

Most countries require airlines to check that passengers (and crew) are holding valid documentation, such as an acceptable passport and visa. Airlines need to ensure passengers meet the destination country’s entry conditions before being allowed to board the aircraft. That includes transit stops as well. For example, a passenger booked on an Air New Zealand flight from Auckland- London transiting in Los Angeles needs to be legally eligible to enter the United States, even though they’re flying onto London on same flight and aircraft.

Failure to ensure these checks and balances are completed can result in the airline being issued an infringement as well as bearing the cost of returning the passenger to the country they were accepted.

Technology has helped airlines avoid this kind of disruption through advanced passenger processing where information is requested of the passenger in advance and sent through to the arrival country. Nevertheless, while most airlines state that it is the responsibility of the passenger to have their papers in order, if an airline accepts an ineligible passenger for a flight or doesn’t collect the required information, the airline gets the blame, and the bill. The same applies to ineligible crew.

In Australia, under the Migration Act 1958, it’s the responsibility of airlines to provide advance passenger reports on all passengers and crew arriving in Australia. This information has to be collected by the airlines before the passenger boards the flight. Passengers not meeting the entry requirements should ordinarily be refused permission to travel at this point. In Australia, airlines failing to meet these requirements can be prosecuted or issued an infringement upwards of AUD1,800.

Across the Tasman, in New Zealand it’s a similar process. Under the Immigration Act 2009 penalties range between NZD500-NZD5,000 for breaches by airlines of their obligations. For example, failure to provide advance passenger data can cost the airline upwards of NZD1,000 and failing to comply with a specific directive to not allow a person to board will cost the airline upwards of NZD5,000. All of this plus the cost of transporting the passenger back to where the passenger boarded the flight.

In the United States, the US Customs and Border Protection (CBP) reported that, until 2-Feb-2017 when the ban was still enforceable, 1,222 passengers were denied boarding following recommendations made by the CBP to airlines immediately after the 27-Jan-2017 Order. The resulting potential cost to the airlines in penalties alone would be between USD1500 and USD6000 per affected passenger. That’s millions in total. While the unique circumstances surrounding the making of the Order mean that the penalties may be waived, the exposure to the airlines will still be sizable.

So with immigration high on the agenda of the Trump administration, airlines and passengers are bracing themselves for more change. That will cost money, as airline are forced to comply with changes often with little notice. And that’s something both passengers and airlines will have little choice but to accept.