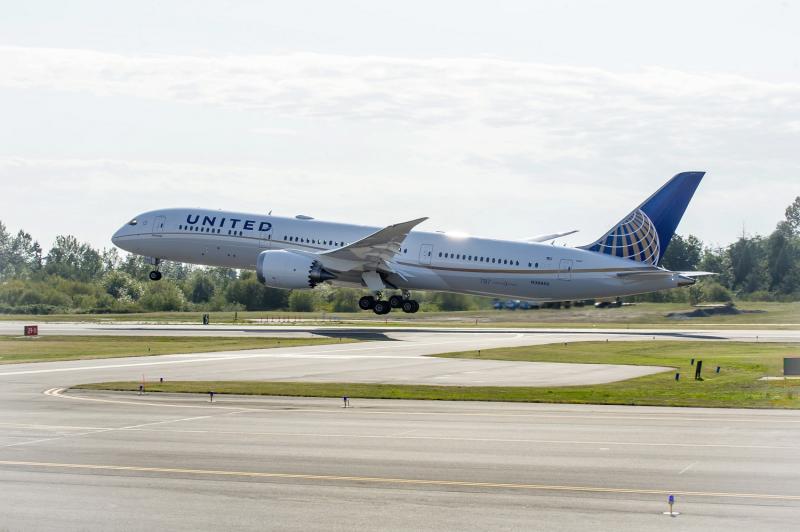 United Airlines is maintaining its position as the largest 787-9 year-round operator in the Australia market despite expansion from Vietnam Airlines.

Vietnam Airlines began deploying the 787-9 on its daily Ho Chi Minh to Melbourne and Sydney in late 2016. Vietnam Airlines launched three weekly 787-9 flights from Hanoi to Sydney on 29-Mar-2017, giving it 17 weekly flights to Australia – all with the 787-9. At the launch event in Sydney, Vietnam Airlines claimed it was the largest 787-9 international operator in Australia.

United Airlines is maintaining its position as the largest 787-9 year-round operator in the Australia market despite expansion from Vietnam Airlines.

Air New Zealand during certain times of the year also operates more 787-9 flights to Australia than any other airline. Air New Zealand’s current schedule (for the week commencing 3-Apr-2017) has 28 weekly 787-9 flights to Australia, including 14 on Auckland-Sydney, nine on Auckland-Perth, two on Melbourne-Sydney, two on Christchurch-Perth and one on Rarotonga-Sydney.

However, several of these only operate during the peak Easter season. In May-2017, Air NZ reverts to 17 weekly 787-9 flights to Australia, including seven on Auckland-Sydney, six on Auckland-Perth, three on Melbourne-Sydney and one on Rarotonga-Sydney.

United added a seventh frequency on the Los Angeles-Melbourne route in Mar-2015, making it a daily service. For more than a decade, United served Melbourne as a tag from Sydney, offering a one-stop product from Melbourne to both Los Angeles and San Francisco. Prior to that it tagged Melbourne with Auckland.

In the Australian market, United has traditionally only operated nonstop flights from Los Angeles and San Francisco to Sydney. Both routes were operated for several years with 747-400s until late Mar-2014, when they were both down-gauged to 777-200s. In late Mar-2016 United began using the 787-9 on both routes, which is slightly smaller than the 777-200 but much more efficient.

United’s share of the Australia-US market has declined due to expansion from Qantas and the late 2015 launch of services on the Los Angeles-Sydney route from American Airlines. However, United’s performance has likely improved due to the lower operating costs of the more efficient 787-9. The 787-9 also has enabled United to improve its product in the Australian market, particularly in Melbourne as nonstop services were introduced.

United’s 747-400 and 777-200 fleet are extremely outdated. United has been in the process of phasing out its ageing 747-400 fleet, which has an average age of more than 20 years, and plans to retire its last 747 by the end of 2017. The economy cabin of United’s 747-400 still has an ancient IFE system with overhead monitors rather than seatback screens.

In 2016, United carried 454,000 passengers to and from Australia with an average load factor of 83%, based on BITRE data. United’s Australia traffic has been relatively flat the last several years. However, its load factor has improved by 3.7ppts since 2013, the last full year it used the 747-400 on its Australia routes.

United currently accounts for approximately a 14% share of Australia-US seat capacity compared to 47% for market leading Qantas, based on CAPA and OAG data. United is the second largest airline in the market, slightly ahead of Virgin Australia. Virgin Australia has a 13% share of Australia-US seat capacity, followed by Hawaiian with 8%, Jetstar with 7%, American with 6% and Delta with 5%. Hawaiian and Jetstar only link Australia with Honolulu while the other five competitors operate nonstop services to the continental US.