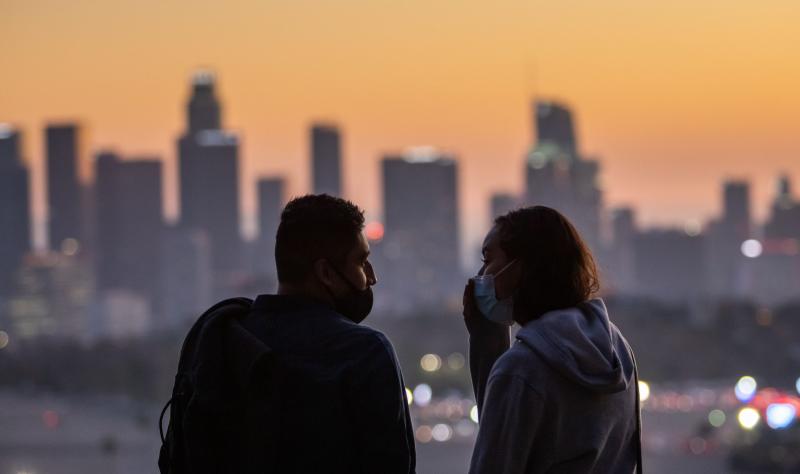 Rising COVID-19 cases throughout the United States of America is certainly taking a toll on travel plans. Latest research indicates that less Americans will travel in the coming months and more a feeling anxious about the health crisis. According to the wave 24 analysis of the COVID-19 Travel Sentiment Study from market research consultancy Longwoods International less than six in 10 (58%) of all travellers now have travel plans in the next six months, the lowest percentage since the beginning of the pandemic in early Mar-2020.

But it is the decline in the percentage of travellers with travel plans in the next six months that is most concerning. This had hovered around 70% for months after dropping from 87% in mid-Mar-2020 at the start of the pandemic in the US.

“Record new daily coronavirus case levels continue to weaken travel demand,” says Amir Eylon, President and CEO of Longwoods International. “Concern about the virus is the driving force in decision making about upcoming trips, including during the holidays.”

Further research from Destination Analysts shows that as COVID-19 cases rise, Americans remain in an elevated state of anxiety and feel that the coronavirus situation will get worse in the next month. Six in 10 (60.2%) say that the recent increases in COVID-19 cases around the country have made them less likely to travel in the next three months, while two in five (41.8%) report that they have cancelled or postponed an upcoming leisure trip because of the worsening pandemic.

However, while Americans remain in an elevated anxious state of mind, they also appear to be hopeful as the worsening COVID-19 situation has not impacted excitement and openness to travel, according to the company’s latest Update on American Travel in the Period of Coronavirus.

After worsening for two weeks, the 09-Nov-2020 research showed the percentage of travellers rating the safety of many travel activities as unsafe declined back to pre-pandemic levels. Excitement for a potential getaway (50%) and openness (46%) to travel inspiration improved, as did the ability of discounts and price cuts to improve interest in travel within the next three months (39%).

The percentage of Americans who say they would be able to fully enjoy travel right now increased five percentage points in the last two weeks (55% to 60%). Nearly six in 10 (58%) Americans have returned to a travel readiness state of mind. With their desire for travel inspiration returning, a pandemic-high 36.5% of American travellers say they would be happy or very happy to see an advertisement promoting tourism to the place where they live. However, the desire to see people wearing masks in all travel ads has remained strong with nearly half saying everyone in the advert should wear a mask.

The findings from the Wave X Travel Intentions Pulse Survey (TIPS) from MMGY Travel Insurance echoes much of the sentiments. The Oct-2020 survey findings show that after increasing each of the previous two months, the percentage of respondents intending to travel for leisure in the next six months fell to 40%, down from 46% in the previous wave.

The number of respondents who were “not at all likely to travel for leisure in the next six months” rose sharply to 21%, up from 15% in the previous wave, although the percentage of those who intend to take a business trip over the next six months has remained somewhat steady (34%) compared to last month (33%).

The latest travel indicators show a noticeable improvement in road travel, but air travel has declined compared to the same period last year, while domestic and international bookings for future travel also remained roughly the same as the previous week.

Arrivalist’s Daily Travel Index, which measures consumer road trips of 50 miles or more in all 50 US states, shows road travel was “only” -10.6% down year-on-year during the analysis week, performing better than nearly all weeks since the start of the pandemic. Transportation Security Administration (TSA) updates on passenger screenings edged downward, for the second week in a row. The latest seven-day average of daily screenings (through 10-Nov-2020) was -66% lower than in the same period last year. This decline is slightly worse than the -64% year-on-year decline in the previous week and marks the worst performance in five weeks.

Tourism Economics research on travel spending for US Travel Association illustrates a declining performance. Last week’s gain proved to be just a “momentary respite,” it says, as travel spending slid a notable -11% from the prior week in the week ending 07-Nov-2020. The percentage loss from 2019 worsened to -46% from -42%, its lowest point since the week ending 01-Aug-2020.

The “lack of business travel to fill the void in the leisure travel off-season continues to weigh on the travel economy as COVID-19 cases rise across the country,” it says as national weekly travel spending fell to USD11.5 billion during the analysis week – its worst mark since mid-Jul-2020 – resulting in a USD9.9 billion loss when compared to the same week a year ago.

Hawaii, the District of Columbia, New York, Massachusetts, and Illinois remain the worst performing destinations with losses exceeding -50% of 2019 weekly travel spending levels, while Puerto Rico has also joined the group, after recording its worst week since the week ending 12-Sep-2020. Delaware, Indiana, and Hawaii were the only states this week with substantial gains. Most notably, Hawaii continues to see rapid growth in air visitors after ending its mandatory two-week quarantine for visitors, with air arrivals increasing 52% from the prior week, according to the research.

While most states experienced declines from the prior week, the Mountain sub-region saw an acute drop in travel spending, according to the weekly data. Indeed, Wyoming, Utah, Nevada, Montana, and Colorado experienced some of the largest contractions in comparison to the prior week. However, Tourism Economics acknowledges “there is reason for optimism in these states, however, as we inch closer to the winter sports season”.