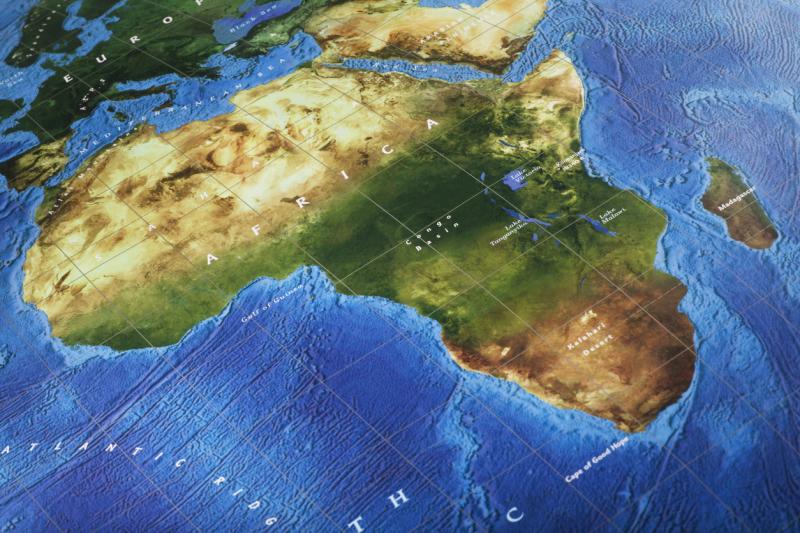 We regularly hear talk about the need to develop a ‘United Africa’ to enable air transport to grow to its full potential and the need for enhanced connectivity and cooperation within the Continent. Part of the reason for Africa’s under-served status is that many African countries have continued to restrict their air services markets to protect the share held by state-owned air carriers. This practice originated in the early 1960s when many newly-independent African states created national airlines, in part, to assert their status as nations.

To say progress has been slow would be a massive understatement - it is now not just years but decades since a major liberalisation of air services across Africa was first agreed. But a new initiative of creating a single African aviation market, the Single African Air Transport Market (SAATM), delivers a new opportunity. Some are already embracing it... others continue to talk about reestablishing national flag carriers, some now enjoying a third or even fourth rebirth.

It has been a challenging arrival for South African Airways’ (SAA) first permanent CEO in a couple of years. Vuyani Jarana joined the carrier in the second half of last year at a time that Citigroup and Standard Chartered both refused to extend loan terms for an airline that has been haemorrhaging money and actually hasn’t made a profit since 2011 living solely off government bailouts and guarantees. Once the custodian of Africa’s largest airline title, SAA has faded into the shadows as Ethiopian Airlines has embarked on a growth trajectory over the past decade. Now, Vuyani Jarana, an industry outsider with 22 years experience as a telecoms veteran, has the task of rebuilding the brand and once more establishing SAA among the pride of African airline.

RwandAir has grown on the aviation stage this decade and the arrival of its first widebodies has seen flights commence to Brussels and London. CEO Yvonne Manzi Makolo, confirms additional A330s will now arrive. The airline “is growing very fast,” she says, and is looking to expand to additional long haul routes, including Guangzhou and New York. The carrier is considering commencing New York service “towards Jun-2019”. The airline operates 12 aircraft and is looking at doubling its fleet size “in the next five years or so”. Ms Makolo commented: “The outlook is very positive”.

Kenya Airways group managing director Sebastian Mikosz highlights how after the airline’s financial restructuring it is now focusing on its industrial development. He discusses the carrier’s soon to launch long haul service linking Nairobi to New York, its push for profitability in a competitive marketplace, the infrastructure challenge across Africa and the volatility in the price of fuel. He remarks on a potential long haul fleet expansion that will be driven by the return of leased 777 and 787 equipment, a further growth of its medium haul operations and development opportunities at LCC subsidiary JamboJet.

Analysis by The Blue Swan Daily last month showed that against a backdrop of long-standing liberalisation discussions, Africa continues to witness strong capacity growth into 2018 although continued regional variations dominate the capacity story as we still await the Continent’s big liberalisation. A further commitment last year towards SAATM is commendable, but it is likely to remain a long process before we actually see any marked changes to intra-African connectivity and the true benefits of a liberal regime.

Africa's latest commitment to change shows it has its eyes on the value of air connectivity prize. But this may prove to be yet another unfulfilled landmark in African aviation unless the industry works closely with governments to break the barriers that are restricting the continent from reaching its true potential. But, do we dare actually use the ‘L’ word? After all, the SAATM agreement, signed by 22 nations which account for around 75% of Intra-African air transport and together have a population of approximately 600 million people, can only be seen as progress once a full roadmap for its adoption is formulated.

There has been progress, but many would argue not enough. Speaking at the CAPA Airline CEOs in Sydney forum just last week, Kenya Airways managing director and CEO Sebastian Mikosz said on the initiatives towards open skies in Africa: "I personally don't believe it's going to happen", due to the different financial structures of airlines and state ownership of airports.

As our previous reports on aviation in Africa have highlighted... there is a great potential; it is now up to Africa to wake up fully to the opportunity.