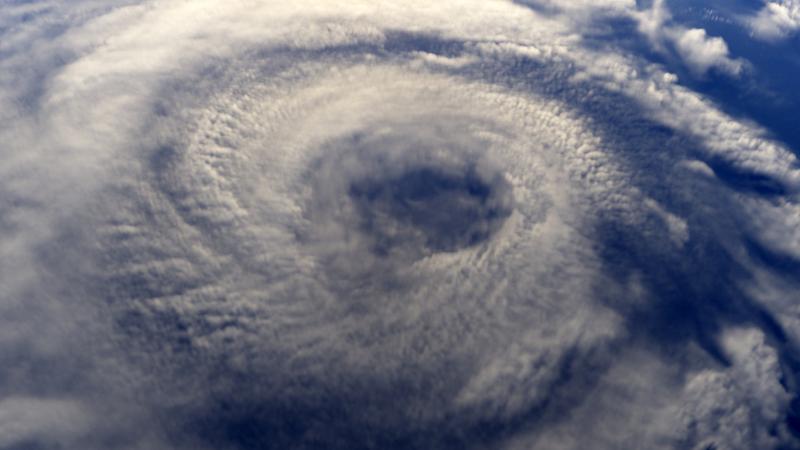 We often hear stories of airline flight cancellations due to bad weather and the personal accounts on the disruption caused to travellers. Weather events are a routine part of the business of flying and major efforts are made to avoid the full force or mother nature. Safety is always the number one priority regardless of the disruption it can cause.

A whole team of people are always busy behind the scenes to avoid potential weather events with meteorologists feeding into the operations teams to ensure schedules remain as robust during periods of inclement weather. But, what happens when an extreme weather event is forecast? Well, this week Hurricane Irma has afforded a clear example of how careful planning, rigid organisation and perhaps a little luck can ensure a safe schedule is maintained.

The most powerful Atlantic Ocean storm in recorded history continues to sweep across the Caribbean on a path to the US mainland leaving destruction in its wake. The Prime Minister of the tiny island of Barbuda, Gaston Browne, has described most of the island as ‘uninhabitable’ following the storm’s passing, while eye-witnesses have described ‘apocalyptic’ conditions.

But while other airlines were retreating and turning aircraft back to the US mainland due to increasing windspeeds, Delta Air Lines successfully and safely operated its scheduled flight between New York and San Juan on Wednesday (06-Sep-2017) evening, departing just a short time before the eye of the storm caused significant devastation across the US island territory of Puerto Rico.

The flight ‘DL431’, operated by a Boeing 737-900ER, departed New York at 08:39am and arrived in San Juan at 12:01pm just as Hurricane Irna was approaching landfall, arriving to nine miles of visibility and light rain. Winds were a manageable 24 knots with gusts up to 31 knots – all well below operating limits for the 737-900ER to safely operate.

Careful planning had ensured passengers were aware of a plan to get the aircraft back in the air ahead of the normal scheduled departure time. Just 40 minutes after the 737 had touched the ground it was pushing back from stand as ‘DL302’ at 12:41pm with 173 customers on board and in the air at 12:52pm, almost 15 minutes ahead of its scheduled departure time and on its way back to New York.

The departure window was the key aspect of the flight scheduling as it allowed the aircraft to navigate a course between Hurricane Irma’s outer band and the core of the storm and operate in relatively calm air. The aircraft arrived back in New York at 16:15pm, almost an hour ahead of schedule.

Erik Snell, vice-president for Delta's operations and customer centre, describes the airline’s meteorology team "as the best in the business". "They took a hard look at the weather data and the track of the storm and worked with the flight crew and dispatcher to agree it was safe to operate the flight. And our flight and ground crews were incredible in their effort to turn the aircraft quickly and safely so the flight could depart well before the hurricane threat," he says.

While adverse weather conditions can cover many hundreds of square miles, the effects locally can vary substantially. The not uncommon instruction to return to your seats and buckle up are often a result of traversing the world’s sometimes lively skies is generally just a moderate inconvenience if you want a cup of tea or coffee (which can’t be served during turbulence), but can be an everyday occurrence for the airlines’ highly trained pilots for whom – as with staff on the ground – safety is the first priority.

In its latest in-flight magazine, Cathay Pacific Airways describes how the Hong Kong-based airline attempts to navigate Asia’s quite-often turbulent skies. “Our pilots go through a huge amount of training and this helps us handle the wide range of weather conditions that we can get around Hong Kong,’ says Captain Peter Clemmow, Cathay Pacific’s chief pilot (training).

Flight crew use radar systems to identify potential weather issues, and carry extra fuel to allow the aircraft to divert around weather or hold until it has passed to give the smoothest flight possible. Safety is central to the decision making process. If the weather around the airport is too bad for aircraft to land, and pilots alongside operations staff will assess whether aircraft should wait for the worst of the conditions to pass or press on elsewhere.

This can cause what Mark Hoey, general manager of operations at Cathay Pacific describes as a “domino effect” as once delays and suspensions start, the flying programme starts to back up. It is common in these circumstances for aircraft operating regional flights to be held at their departure airports, for instance, but that’s harder for long-haul services a day’s flying away. “The problem is that a lot of Cathay Pacific flights are ultra-long-haul, so we may have to land those aircraft short in Japan or South Korea,” says Mr Hoey.

On the ground in worsening conditions there are other issues to consider, the biggest being foreign object debris (FOD). As the above images of Princess Juliana International Airport in St Maarten illustrate from Hurricane Irma’s path across the Caribbean this week items picked up or ripped off buildings and blown about by the wind can cause major damage – anything from tree branches or unsecured items from baggage bins to traffic cones, while really heavy rain can cause localised flooding on runways or taxiways.

In the very worst of circumstances, airlines may take the decision to evacuate its fleet. “A few years ago, we had to do this and we flew all the aircraft we couldn’t fit into hangars to Clark in the Philippines,” explains Mr Hoey. “It’s not a decision we take lightly and we’ve only come close to it once since.”