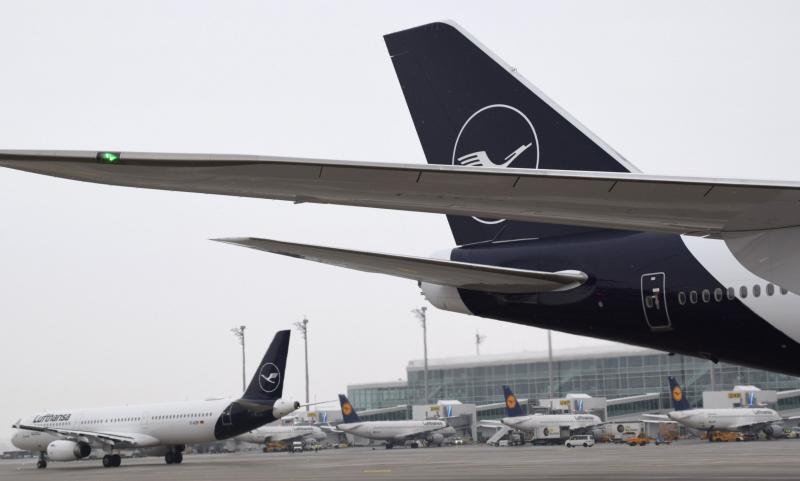 The collapse in demand for air travel due to the coronavirus pandemic has led to an -80% drop in revenue for the Lufthansa Group during the second quarter, falling from EUR9.6 billion in the same period last year to just EUR1.9 billion with more than three quarters of that revenue (EUR1.5 billion) generated by Lufthansa Cargo and Lufthansa Technik.

Worryingly, from the corporate travel perspective, the decision by the airline to bank more heavily on the leisure market through its new leisure unit Ocean may highlight a deeper concern over the return of business travel, which currently remains significantly subdued.

While Ocean will not be a new airline and simply a way to simplify a “fragmented” leisure offering that sees four separate Air Operator Certificates (AOC) deployed to currently operate its long-haul leisure flights, it highlights the importance of leisure traffic to the Lufthansa Group operation.

It will launch in 2022 with an initial fleet of 11 aircraft: four based at Frankfurt, three at Munich, and four in Dusseldorf. It is unclear what aircraft types will be used by the Ocean operation or whether they will be especially configured to the demand demographic of the leisure markets they will serve.

It has been a complex journey for the German flag carrier as it has adjusted to competition from LCC rivals that has seen what was a regional jet operator Eurowings becoming a budget brand, later joined by Germanwings and ultimately merging back together under the Eurowings name. In the long-haul space some Lufthansa leisure routes were actually flown under the AOC of a Turkish JV subsidiary and CityLine, historically the airline’s regional jet operation. Brussels Airlines, Belgium’s flag carrier has also been flying some routes on behalf of Eurowings.

Ocean will certainly reduce the “complexity” of the group’s current presence in this segment, but while Lufthansa says it will not actually be a brand, it will hold an AOC which Lufthansa is currently in the process of securing. It will operate in a similar way to how Edelweiss Air supports Lufthansa Group member Swiss in Switzerland, dedicated to flying short- and long-haul tourist routes from Zurich with its own fleet of Airbus A320s, A330s and A340s.

This focus on the leisure market is especially concerning when it comes from an airline group where corporate travel has been a key aspect of its business operation. For network airlines like Lufthansa business travellers account for a significant share of revenues and on some routes this is estimated to reach levels as high as three quarters of its returns.

This pain is evident in the Lufthansa Group’s results where the consequences of coronavirus pandemic have a considerable impact on its performance. Group adjusted EBIT in the quarter amounted to -EUR1.7 billion from EUR754 million in the same period last year, despite extensive cost reductions. Consolidated net income of the group for the months Apr-2020 to Jun-2020 amounted to EUR-1.5 billion, this compares to EUR226 million over the same months in 2019.

In the second quarter of 2020, the Lufthansa Group airlines carried 1.7 million passengers, down -96% on the previous year, capacity fell -95% and seat load factor declines to just 56% on the limited operational services, down -27 percentage points below the previous year's figure.

It is now increasingly being accepted that it will be 2024 before air transport recovers to pre-Covid-19 traffic levels and Lufthansa Group worryingly adds the caveat “at the earliest” in its results documentation as the slow initial recovery and increasing alarm over a second spike in cases in Germany could quickly turn those 13 weeks of small growth steps into another cliff face slide, albeit obviously not as deep as the original one that hit the industry earlier in the year.

"We are experiencing a caesura in global air traffic. We do not expect demand to return to pre-crisis levels before 2024. Especially for long-haul routes there will be no quick recovery,” said Carsten Spohr, chairman of the executive board and CEO of Deutsche Lufthansa.

The program includes the reduction of 22,000 full-time jobs in the Lufthansa Group. The Group's fleet is to be permanently reduced by at least 100 aircraft. Nevertheless, the capacity offered in 2024 is to correspond to that of 2019 and delivered by a 15% increase in productivity by 2023, among other things by reducing the number of the flight operations (AOCs) to a maximum of ten in future.

For now it is all about taking advantage of the what travel flows are currently obtainable. This primarily concerns short-haul leisure travel. Since the beginning of Jul-2020, the Group has gradually increased its offering to around 20% of the previous year's level and load factors are said to be exceeding 70% in European short-haul markets.

In the third quarter, capacity offered is planned to increase to an average of around 40% of the prior year capacity on short- and medium-haul routes and to around 20% on long-haul routes to markets where travel restrictions have been lifted and assuming that Covid-19 infections remain managed.

If this continues, in the fourth quarter, the Lufthansa Group capacity is planned to further increase to an average of around 55% (short- and medium-haul) and around 50% (long-haul). This will see the Group return to 95% of the short- and medium-haul and 70% of the long-haul destinations by the end of the year, albeit frequencies will be much reduced and smaller aircraft deployed on many routes.

Lufthansa Group explains that thanks to a “high degree of flexibility in supply and capacity planning,” this figure can “also vary at short notice”. That could mean for the better and worse and right now it would be hard to say which would be more likely.