Will Delta’s push in Boston force JetBlue to pull the trigger on trans-Atlantic flights? 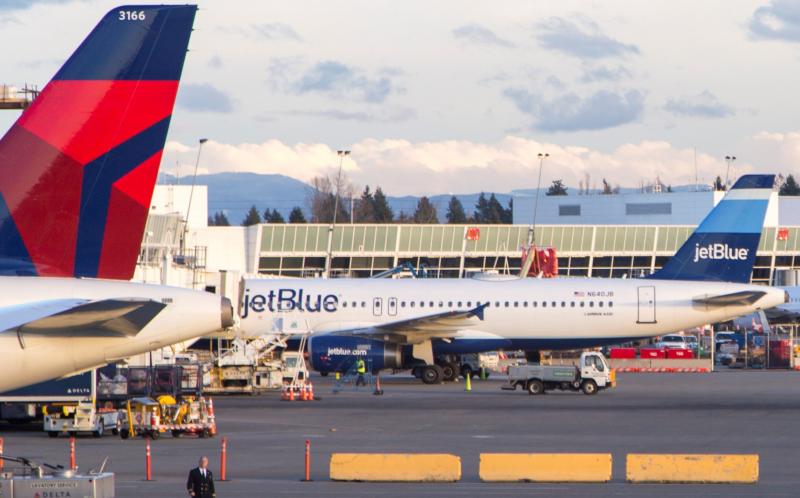 Competition between Delta Air Lines and JetBlue Airways has been intensifying for a couple of years, and Delta’s declaration of Boston as a focus city could accelerate JetBlue’s plans to launch trans-Atlantic flights from its second largest base.

Delta has signalled out Boston and Raleigh-Durham as non-hub US domestic markets worthy of investment, and now identifies those airports as focus cities. It has recently outlined expansion from Boston in 2019 to Cleveland, Washington National, Newark and Chicago O'Hare. All of those markets are served by JetBlue – and other competitors include American Airlines at National and O’Hare, and United Airlines in Cleveland and Newark.

The US major is opting to restart flights to National from Boston after a roughly six year absence. It is also continuing to expand internationally in Boston with its own flights and in conjunction with its JV partners. During 2019 Delta is launching seasonal flights to Lisbon and Edinburgh, while KLM is introducing new flights to Amsterdam and Korean Air is debuting service to Seoul. Delta already operates its own flights to Amsterdam from Boston as well as other long haul service to Paris and London Heathrow.

As part of its marketing for Boston, Delta touts it is the airport’s only global airline, which is correct. JetBlue has marked Boston as a launch pad for possible trans-Atlantic flights, but has yet to formalise any plans for expansion into long haul markets.

The long-haul, low cost model in the trans-Atlantic market has produced mixed results. WOW air and Norwegian have experienced challenges. Both airlines have various financial issues, and Icelandair recently opted not to pursue an acquisition of WOW. ULCC specialist Indigo Partners is now working to become an investor in WOW, which is completing a major downsizing as part of a business restructuring.

WesJet has been operating trans-Atlantic operations for a number of years, first with one-stop service with narrowbody jets then with older Boeing 767s. After some teething problems with the widebodies, WestJet constantly stated its flights were exceeding expectations. The airline is now preparing to take delivery of three Boeing 787s in 2019 for long haul flights.

JetBlue would operate Airbus A321LRs on potential trans-Atlantic flights from Boston, which presumably have a lower operating cost than a widebody, and offer JetBlue an opportunity to capitalise on potential revenue from offering its Mint premium product on the routes.

There’s a growing consensus that it is no longer a question of if JetBlue will inaugurate trans-Atlantic service, but when. It remains to be seen if those predictions will come to fruition. JetBlue is working to eliminate USD250 million to USD300 million in structural costs by 2020, so it is evaluating a potential trans-Atlantic launch through that lens.

However, with Delta’s growing network breadth in Boston, especially in long haul markets, JetBlue may need to make a decision regarding trans-Atlantic service sooner rather than later.