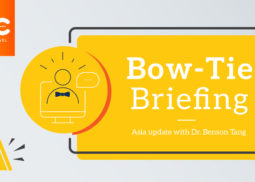 As well as aviation, electrification will also rapidly dominate automobile and bus/coach transport in the corporate travel arena. A combination of policy strategies already enacted in some jurisdictions, including lower speed limits, strict fuel-economy standards, internal combustion engine (ICE) car access and parking restrictions and tolls in large cities and other low emission zones, will accelerate the market penetration of EVs from just under 5% of global new car sales in 2020 to 60% by 2030 and nearly 100% by the late 2030s.

This would represent a faster transition than other projections that estimate EV sales will represent 23-32% globally by 2030 according to a report from Deloitte.

Similarly, the International Energy Agency (IEA) scenario includes no new ICE car sales by 2035, which is later than some jurisdictions: Norway and South Korea by 2025; Belgium, Austria, Washington State 2026-2027; and 10 other countries in 2030. Auto manufacturers announced similar actions, such as: Volvo by 2030; Volkswagen by early 2030s; General Motors, Jaguar Land Rover & Honda by 2035–2040.

By 2050 nearly 90% of cars in operation will be electric with the remaining hydrogen powered.

It is worth noting that none of these scenarios discusses the implications of continued growth in private car numbers and associated problems such as urban congestion.

Electric cars are expensive but comparably cheap to drive, pointing at the potential rebound effects in terms of greater use. This rapid transition also has implications for investment in taxi and rental/car sharing fleets and their refuelling infrastructure.

Bus/coach vehicles follow a similar rapid transition, with 60% of new sales electric/hybrid in 2030, increasing to 100% by 2050. By 2030 nearly one-quarter of the bus/coach fleet (higher in some regions) would need to be electrified, with important implications for tour bus fleet investment, charging infrastructure and routing.

When designing the corporate travel programme for ground transportation, travel managers will need to pay extra attention to the above-mentioned trends.

Some critical questions that travel managers must further investigate are:

All these questions will need travel managers’ to further investigate when managing ground transportation.

As a preview for the next update, we will continue to look at other aspects of how corporate travel policies can support carbon net-zero by 2050, please stay tuned. 😊

Bow-Tie Briefing shares the views of Benson Tang, a corporate travel thought leader and executive director of the CTC –Corporate Travel Community. Benson’s remarkable career in travel started more than 25 years ago and his extensive knowledge of the corporate travel sector has made him a sought-after speaker and lecturer.